"The zombie apocalypse has become Stagnant for Me"

Day Z for me originally was a haven of a zombie apocalypse of which I had been looking for a very long time. It was really thrilling for me to learn the game and collect items to give advantage for me and my friends to survive. Though after forty hours in the last couple of weeks I need to take some time away for this game to fix its damn issues. There is nothing more frustrating than walking for an hour, grabbing supplies and then having a random death that wasn't your fault occur. Sure, I'm fine with dying at the hands of another play, but when it is glitched or the faulty games issues that kill me I get pissed. I've gotten to that point of refresh where it isn't worth it for me to gain items, it's just no fun as the game either gives me a reset for updates or some guy with no gun somehow knocks me out from twenty feet away. Or even to rant on further I get killed by a zombie that moved through a wall or touched me five minutes ago for it only to register later and cause death. It's just disgusting that useless side items are being put into the game instead of fixing basic issues, I just want to survive without death from stupid environmental factors. I'd love to be killed fairly by some other player while I play games with the spawns. It's great and all that the game has hyper realistic eating and can opening, but I feel along with many others that other things should be worked on as well. I just don't see the issue having worked for items and then having fun, it takes away all enjoyment as my work always is wasted. For the most part I have had a great time with friends and venturing far distances, but its these issues that really has turned us all away, even when you get all the right weapons Day Z still lacks anything for you to do afterward. Trust me, it is not fun walking for hours on end to die from something out of your control. Well I'll update this later down the road when I've played more and it has evolved into something enjoyable again. Now don't get too angry, I understand this is in alpha and development with things taking time to be finished. It's just that I feel these issues should be openly talked about as they are aspects that will make this final product a lot less fun for everyone if they are overlooked over time. A final note would be to fix that sun, I feel thousands of souls burning as it looks like some sort of devil black hole causing mass blindness. Then again I've never been to Russia so maybe it is authentic in that aspect! Check out my sick screenshot below and go watch me force some guy to tell me a story below. Have fun in Day Z if you like the punishment I suppose. 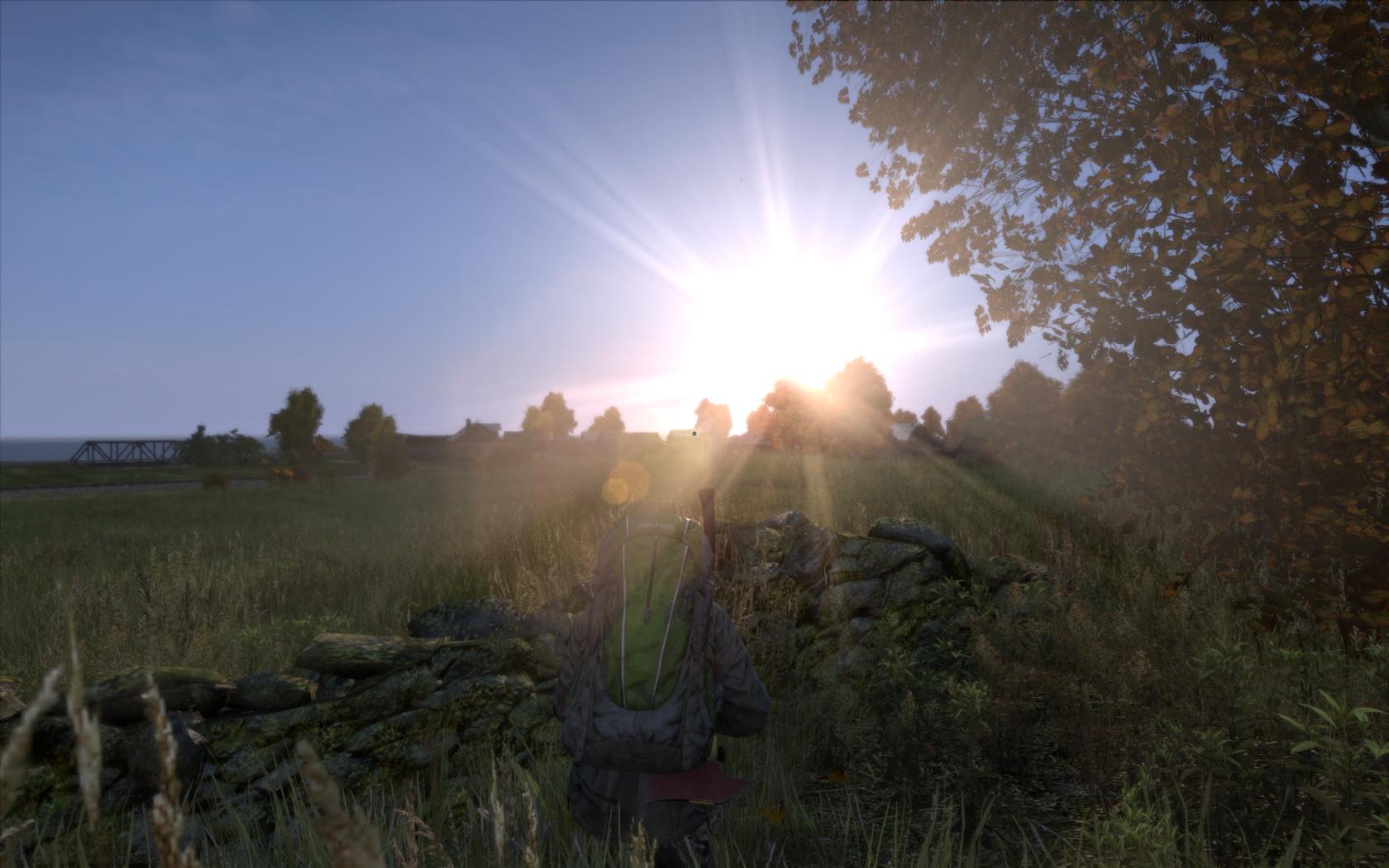