The Flame in the Flood Impressions

This was one of my favorite games coming from E3 this year with a distinct artistic style and great take on the survival genre. I've been playing this on Steam with a code that backers would currently have access to just before it releases to the vast public on the Steam Early Access program. With this game I've been able to play it with both a controller and keyboard, though honestly found the controller simpler to play with in my opinion. In The Flame in the Flood you're just alone trying to survive in this flooded and left area until you get greeted by a dog. This animal instantly becomes your companion and a huge ally in its ability to hunt out resources or warn of danger for you. The concept is largely simplistic for the game at this point since you move from island to island collecting resources in an attempt to survive the harsh and mostly flooded landscape that's present. 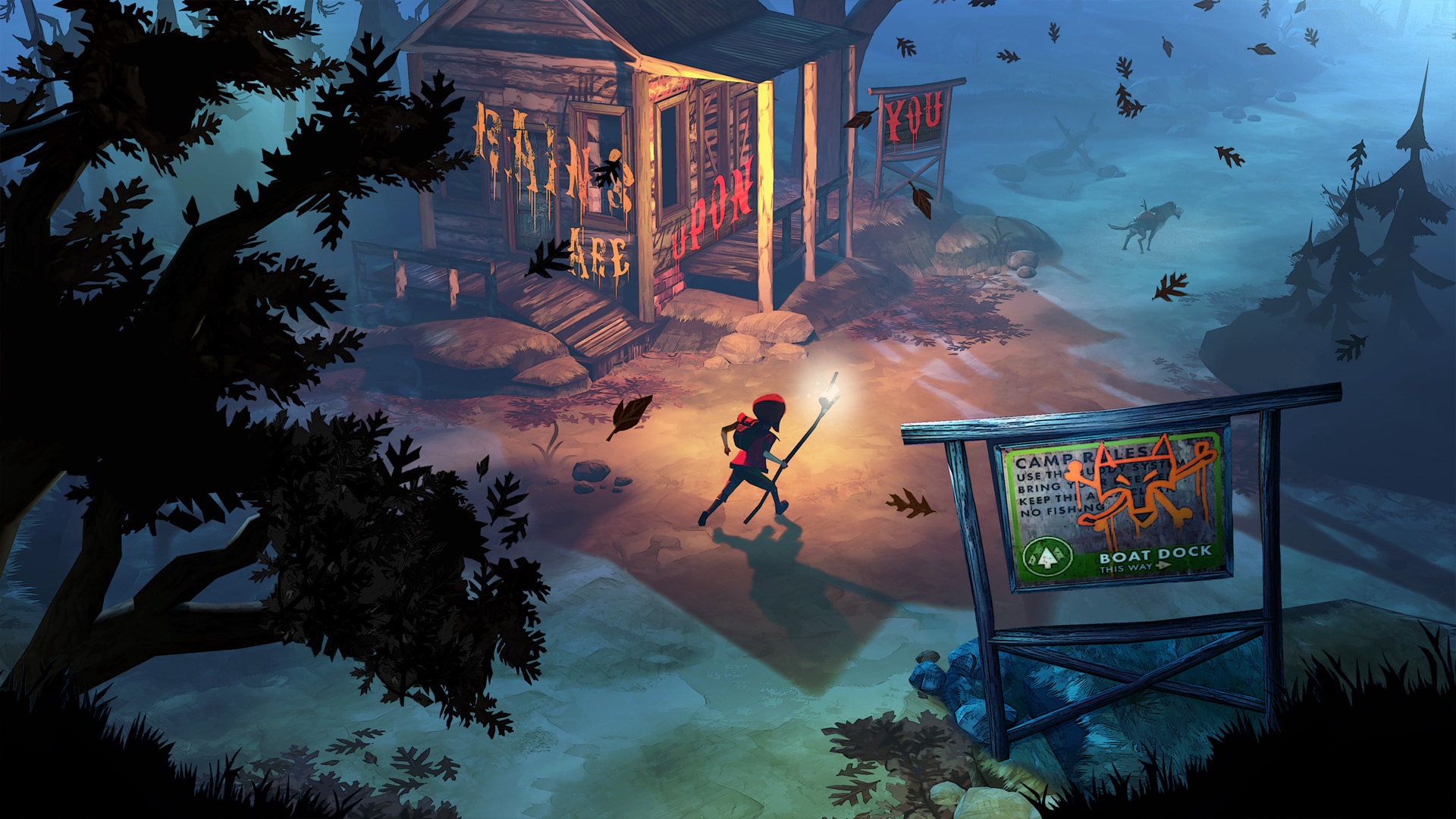 I believe that to be my only complaint at this moment with the game, it really doesn't have any story aspects. I feel that people may get bored playing this title as it is essentially just a hopping island to island game. While every island is unique and procedurally generated I still desired some story to it. Not to say it won't receive one in the future as the starting menu does mention that characters and such is not final at this point. With going to the path of not starting with some small story aspects it may turn away early players away since they might not consider it being added later. This is that point in my impressions where I mention that the game is on Steam Early Access so it will definitely change over time and that my points could in invalid by launch.

I'll switch things back on route by discussing more aspects of the game. I do really love the art style of the game and that's what drew me in from the start at E3. It looks beautiful with a slight cartoonish overlay that still has a good feel of realism to it. There's also a really intense crafting system within the game that may take some players time to deep into. You can make all kinds of food; tools, clothing and more by collecting items within the environment. One time I was dying of thirst and then realized I could turn some plant pieces I had collected into tea which saved me. I think players will really love attempting to create better items and see just what survival items they can make. You'll have to remember that collection will take awhile since you need to move island to island as resources dry up. In some of my plays I would focus on quick recon, then jump to the next though these small pockets have a well done amount of detail to make them different. It's also not an empty world since you have your companion pointing things out and enemies to face like the deadly wolves. These things always seem to break my leg or make me bleed as I frantically attempt to escape. Your character is largely passive and can really only swing at things in order to scare them away. If you do escape an island you'll be greeted with a beautiful and I mean it looks gorgeous rafting segment. This is where you attempt to survive harsh waves or breaks in the current in order to reach the next island.

This is just my quick look at the game and I've loved every bit I've played so far. Feel free to check out the attached video from one of my adventures below. I definitely look forward to covering the game in the future as it comes to PC and Xbox One. While it looks absolutely charming in 4K on my PC I still would find it more relaxing as a console experience, again just opinion on that one. You can also view their Steam page below as well.