I've been playing Killing Floor over the last few years, I'll be honest that it's one of my favorite random late night adventures to part in. The level of darkness, gore and mutated enemies is just fantastic. We all knew that a sequel would eventually happen and we could only have hoped that every aspect would be amped up. I can certainly say in many regards that this early access beta on Steam is exactly that. There's so much more gore, death and the scenery is quite something. I also dreamed of a day when the world within games felt more lifelike and Killing Floor 2 definitely has that. On the Paris is Burning (Ladyhawke song haha) map you can look to the backdrop as I often do to see trees rustling in the wind or even the clouds moving overhead. It's nice background touches that often distract between going into slow motion mode as heads explore and bits of creatures go all over the place. It's definitely more gruesome then ever and blood piles over the walls along with the ground. The graphics are also quite flawless, especially in 4K where it just shines and is a perfect sight for my eyes to behold. I do however have an issue with perhaps the mood or atmosphere. While these places look great and shine in the high resolution I couldn't help but feel it was giving off the wrong vibe.

I saw vibe in terms of everything feels too clean and rooms too bright. The first Killing Floor was a very dark and terrifying area whereas this one feels a tad happy? At this point there's only a couple maps which I imagine are really just showing off what they can do, so there's lots of time to create a darker atmosphere for those. It just feels too, coming back to the world clean again when playing. Though, I'll now go back to discussing how charming the game is. Picking your character with slight variations was neat, and the whole overall XP system is looking promising for the various classes you pick. I particularly like the various mannerisms that you see in-game from occasional ammo clip checks to pacing with the guns while moving about. Killing Floor 2 also performs very well in both the silent slow moments and then quickly gets ever frantic when waves poor into the arenas. These arenas are also much larger feeling in this game and extra scale of the levels are just wondrous to view. 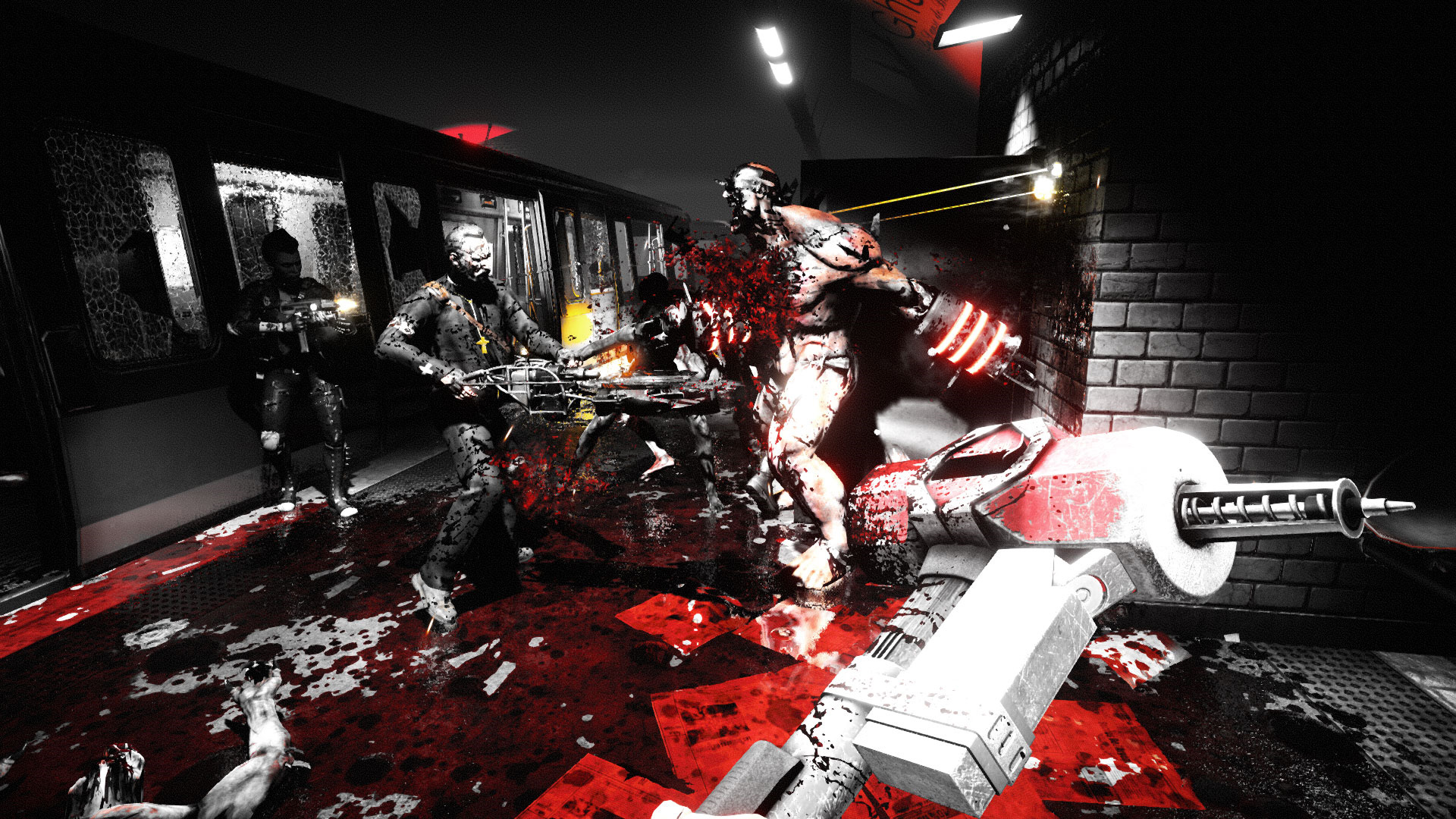 The game is definitely coming along nicely and fans of the original will be thrilled with how it's progressing. Basically at this point I just want to see more content in terms of levels and customization for characters. The actual gameplay is honestly perfect and performs very well throughout. It's a lovely and gruesome world they've created for this sequel, it should be exciting to see what the end product of this all is. I am however not too fond of the atmosphere at this point and the way they've redone the trader. I know it's coming to Playstation so people can be excited about that, I also hope it goes to Xbox as well at some point so everyone can enjoy this game. I'll have more write-ups in the future as Killing Floor 2 develops and eventual review in the far future. Check out the game for yourself now and support in the development.