There's something special about the Age of Empires series, at least to me. I've been playing these games since I was quite young truly loving the second entry and Age of Mythology. These were incredible games and it was the RTS genre that purely held my attention for a long time. With that, it's nice to see the genre gaining a resurgence to some degree in the latter part of the 2010's. One of the franchises I was always hoping to see again was Age of Empires and this Definitive Edition is the perfect start towards getting a new entry. I'm not sure if I'm more excited to replay the classics for the nostalgia or to see the series once again continue forward.

Whatever the case is, that all starts now with the Age of Empires: Definitive Edition as the very first release in the series. I was lucky to be invited to the closed beta for the game which is just the multiplayer. It's definitely a different sort of environment playing against veterans and others online in general as opposed to local skirmishes. It was amazing to finally get into a match and just build while working against the others. For the most part it's exactly like the original, I did however have some issues in remembering the finer details as I would mix things up with how they flow in the second game. 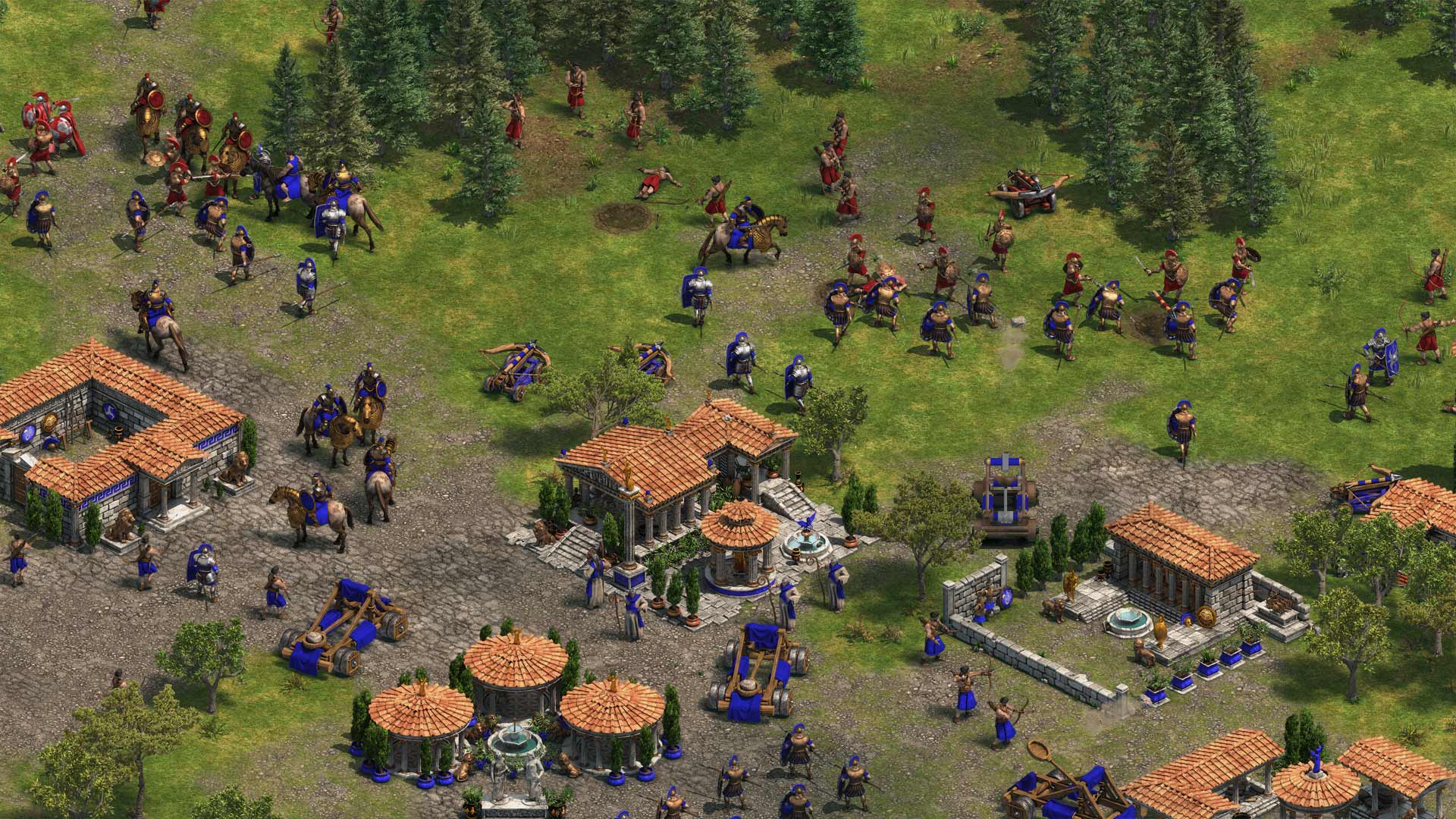 Moving aside for a quick second I will mention I did have a number of issues getting a match going. It's all lobby based so people have to ready up, decide teams and so forth. When that number hits eight players it can get rather intense and perhaps a more modern matchmaking option would have been great. I love server browsing, but sometimes you want to play fast and the prior setup can be tiring. Once you do get in a game it's simply wonderful, feeling just like it did in the past. That great gameplay and strategy is all here again, but it shines. The visuals are stunning and a complete treat for the eyes. The smallest of details from the thick trees to the cobbled floor are incredibly visible. There's just so much depth here from the skill trees to the various soldiers or workers you can send out to produce.

The characters animate well even in vast numbers and it's fantastic to see all these forces battle it out at once. It all felt so familiar, yet different as I was battling others that were more creative than the AI. Honestly, most folks I played with just chilled out and only occasionally attacked each other when they were working towards victory. I was particularly sour one time when a wonder of mine was taken out. That's part of the game however as you work through the ages collecting resources to build a mini city that will hopefully stand tall against those who dare attack it. So far my time with Age of Empires: Definitive Edition was splendid, I love this series and can't wait to dive into the whole package. The passion that has been put into what I've seen thus far makes me ever so excited to see the rest of the series and whatever is delivered with the fourth entry.

Read about the Age of Empires: Definitive Release Date
View our Game hubs