The Maestros is an online multiplayer RTS where groups of players directly compete against one another. The maps are based on the quantity of players available with the modes being split in a similar way. Maps for two versus two, three against three and so forth. It is however fun to play with more players on a smaller map since things can get intense. Generally the goal in each match is to collect troops by battling the outlining neutral enemies. Once defeated these build your troop numbers and by heading over to a special generation plate you can enhance them. This then turns those smaller troops into something a little beefier.

Each of these special troops has unique strengths whether that's defense or attack and can alter a conflict entirely. Aside from gathering troops there's also a mega creature that can be captured though it's quite deadly. So you're not only collecting these troops for battle, you're also dealing with enemies and teammates that need to build their own mini armies. It's a struggle to balance your squad and their armies since each player has chosen their own unique character to play as. Some are more attack based whereas others are focused on support to a degree. 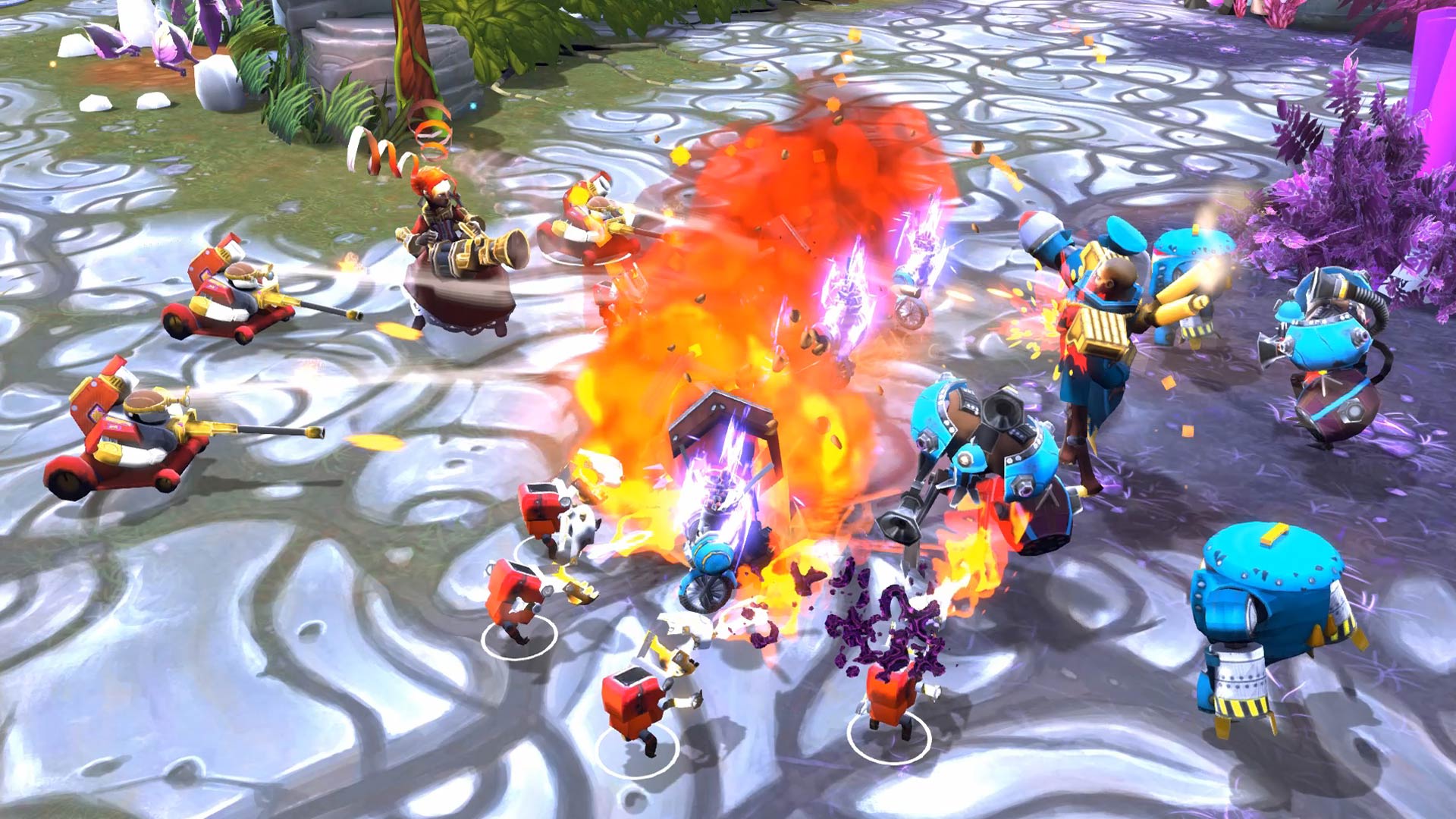 Once everyone is somewhat ready or even really prior to that you'll clash with the enemy. Each player has a bit of health, but it can decrease very quickly when multiple players and their armies are engaging at once. I felt the combat was generally balanced and that it wasn't very easy to get out of battles. You could however make the matches go on a tad long if you did get away doing circles as an individual. That gives a chance for a comeback against harsh odds, yet still annoying to the other team having to wait to find you. Visually the game was alright, the large groups of troops on screen was neat and there's a good variety within the various upgraded weapons at each team's disposal.

The games were quick for the most part, felt balanced enough and were oddly well shaped in how it would progress. It's all round based so you play a number of them in quick succession with only moments to change up strategies. Aside from just eliminating opponents to win you can also take out a crystal, but that did seem to take awhile and I only saw it once as a way to win. I had some fun playing The Maestros while in a developer session, it was a good time and the game shows potential for being something different. I really enjoy RTS titles so it's nice to see something that uses the genre and slightly alters how it plays.