One of the best and most exciting modes in the series has returned in Call of Duty: WWII. That is of course the legendary Prop Hunt where players either hide as inanimate objects or go about hunting them. It's an absolute blast to play and perfect for a more casual time whether you're going online against randoms or working with a group of friends. It definitely captures the magic the mode had prior to this entry, yet it's definitely been refined for the better here. To start it off for those that might not be aware of what this game type is I'll go over the core basics. This is typically an occasional hopper playlist that players can enjoy for periods of time and eventually it has seemed to become a permanent playlist so we'll see if that happens here as well.

The game runs with one team being props and the other searching for them. As a prop you have the option to switch a few times, deploy decoys or flash any unsuspecting or perhaps attacking enemies. You're able to tilt, rotate and lock yourself in for some truly clever positions. My highlights thus far were being a door in a door and a box upon a set of boxes which were both golden. When it comes to being the hunters it's just essentially a stealth class with players going about shooting items to find out what's real or not.


It's actually a really hilarious mode if you think of it out of context from the game. This elite group of soldiers or I suppose war warn soldiers going about shooting inanimate objects. It's also just generally fun to play whether you're on either side. If you're a soldier it's mostly focused on seeking what doesn't quite look right within the environment and taking it out. Some of those props are tricky and I've seen some great moments with rather close calls. I love the moments where someone looks at your prop then walks away to only back up and shoot at you. One of those, wait a second times. The props also whistle occasionally giving away their location, but that never seems to help when it comes down to it. When you're a prop it can be downright hilarious seeing bullets get fired at everything but you.

It's particularly great if they shoot in a circle around your location or wander by without a thought. It all comes down to how clever you think you might be with your hiding spot whether that's tucked away or in plain sight. The extra level of camouflage helps a lot as you setup some items to help you hide to then shift into something else. It's just great to be completely hidden within this very dense and gorgeous set of environments. They really went all out for providing a unique set of items from massive things to the tiniest of say boxes you could imagine. It's a great build on the mode from before and they've really hit the mark with it in Call of Duty: WWII. Prop Hunt is a blast and most certainly worth playing whenever you can, it's best with a group. 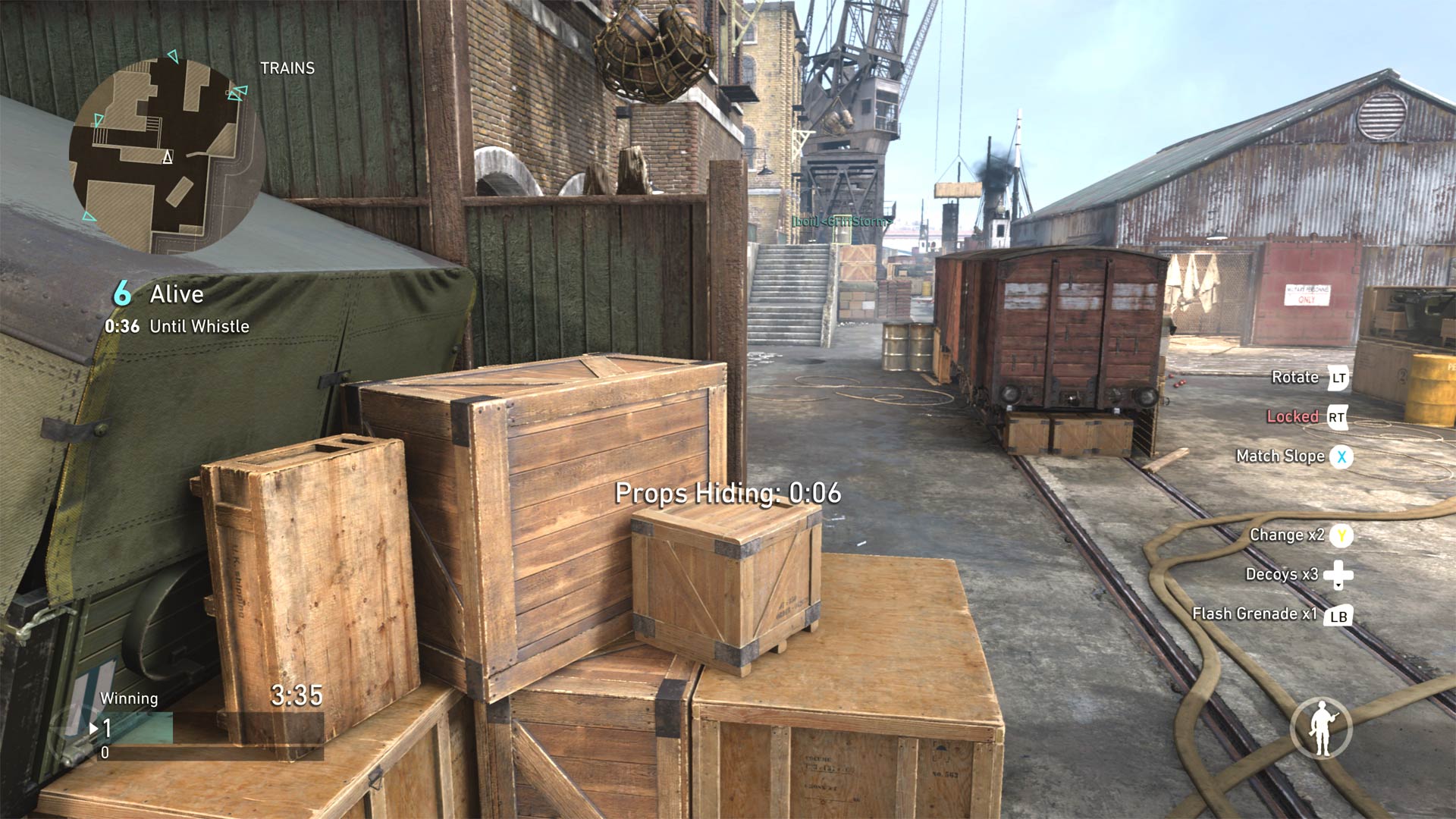