To be perfectly clear when starting this off, these multiplayer impressions are based on Star Wars Battlefront 2 from 2005. The question of why I'd be covering this particular thing with EA's latest Battlefront 2 is simple and not deceptive, this classic version of the game has just received fresh multiplayer servers. With the fall of the last servers a couple years back everyone assumed this was dead until GOG worked with Disney to bring the multiplayer back. That's right, the full original experience is back and somewhat better than ever since the game is so easy to run for everyone now.

Not only can you enjoy the online through the GOG service, but an update was also sent out for Steam so those players could join in as well which included me. I never really got to play the multiplayer online for this title except on the original Xbox and Xbox 360 through the backwards compatibility. It's quite magical to take the 64 player option from the local game and do that online. I'm blown away that so many players are actually engaged as well with quite a few lobbies sporting at least 40 players. 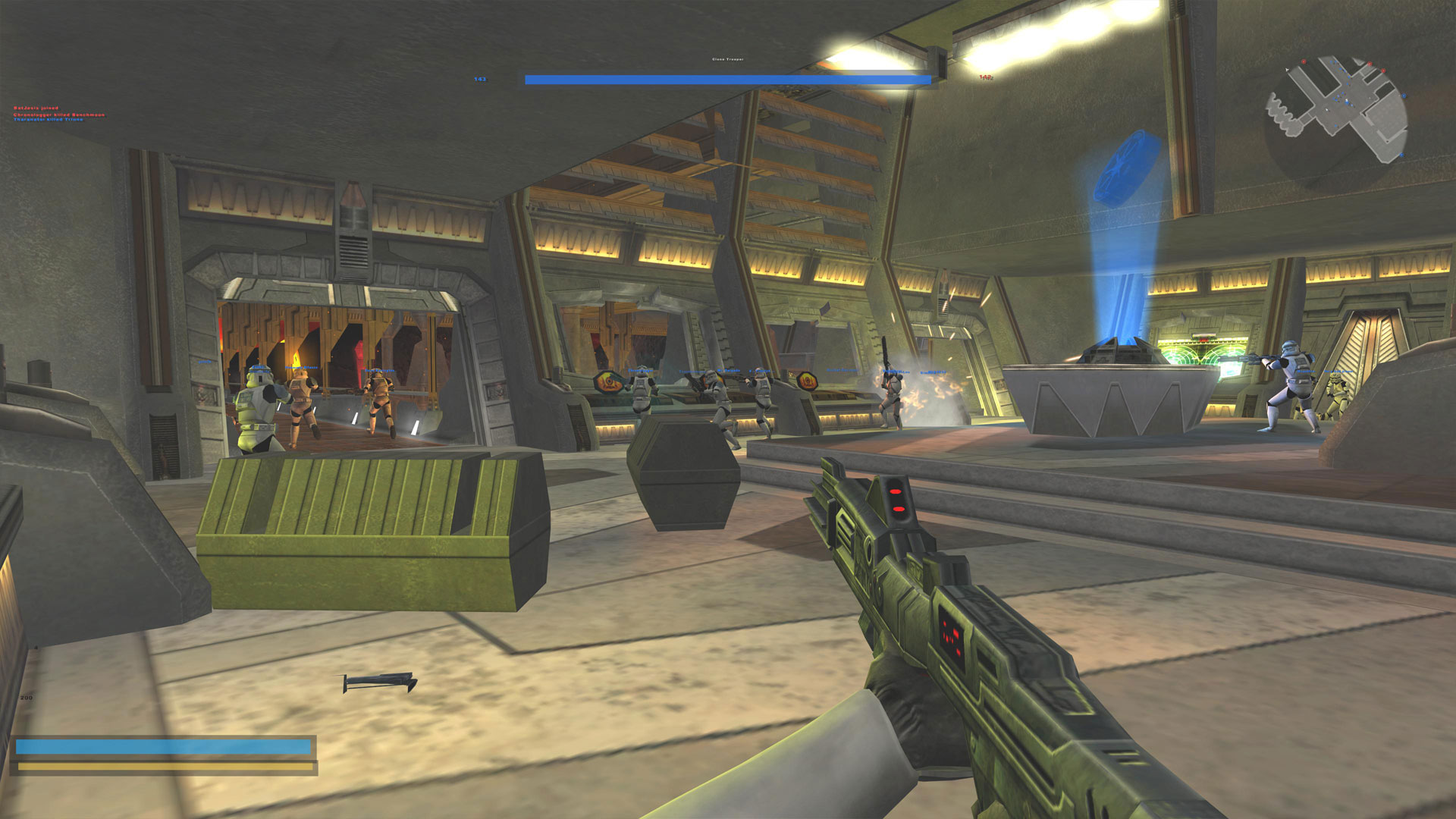 I did however have extreme issues connecting to matches as it seems the service is very buggy or perhaps overwhelmed. There's also a lot of lag present probably due to low pings, but it works when you can load into a lobby. To see such an old game once again have online play is rather incredible and I'm just shocked that this was allowed to happen, it gives me hope that the Xbox One might be able to play this as well with online play someday. This of course being in regards to the console gaining support for Original Xbox games. The core gameplay is solid as you just play regular matches, but online against others. Some servers limit certain things such as the heroes, but some don't.

The matches are quick to play and I really think it might just take time to balance everything out more. While the boots based ground combat was awesome or vehicles as well, playing with that many others in space battles was crazy. There were just tons of ships flying around blasting things and it felt so large in scale, yet worked perfectly. If you have this old game sitting around, go give the multiplayer a whirl as it's awesome. A big thanks for GOG making this possible, for however long it may run. It shows that this game matters as do many of the old classic games.