Quake Champions is the bold return of form for the series after many years absent, the series is back to the arena with a blazing fast FPS style. This is also one of the most polished Steam Early Access games I've ever played sporting a number of maps, unique champions and mostly well balanced gameplay. The current bundle includes a selection of Champions with six more on the way and whatever additional ones are released after that. It's thrilling with super fast paced gameplay and it's definitely different than most of the current FPS within the saturated market. It's a simple game where you select from a couple of mostly deathmatch focused modes and then battle to the death alone or with others.

There's a warm-up round before the start of each match and then you run about collecting weapons to blast away opponents. Weapons are placed strategically around the map and the Omega super power-up can be found after it resets during a cooldown time. Health, ammo and armor are found in a similar fashion so you'll need to learn the maps to understand where the best routes are to collect resources.

Matches are quick paced though many kills are scored during that selected period of time. While most of it runs quite well I do feel that spawning on some maps needs a slight adjustment as I'd appear where I just died or in front of an enemy. The maps are honestly just gorgeous with some incredible backdrops. The amount of particle effects and the lighting setup is superb for most of them. Aside from the maps looking great, the characters were unique and plentiful. Each of these Champions has a different set of tweaked abilities and a special super power basically. The DOOM guy for example runs around smashing people during his special.

Characters can also be customized with different pieces of armor, shaders, weapon skins and more. These are unlocked through loot boxes that are earned very often while playing. The combat of Quake Champions feels fantastic, the game looks great and the shooting was impressive. The selection of guns is great with a right amount of balance for the most part and having skin options was nice for personalizing it. It was nice to be able to switch Champions on the fly and choose which starting weapon best fit the situation. I was just sucked into from the moment I started playing and it all comes across as perfectly fluid. Few games capture that arena shooter right and this one emulates that classic feeling you just don't see any more. It seems to really follow Bethesda's classic plan that the company has been following with their shooters recently. 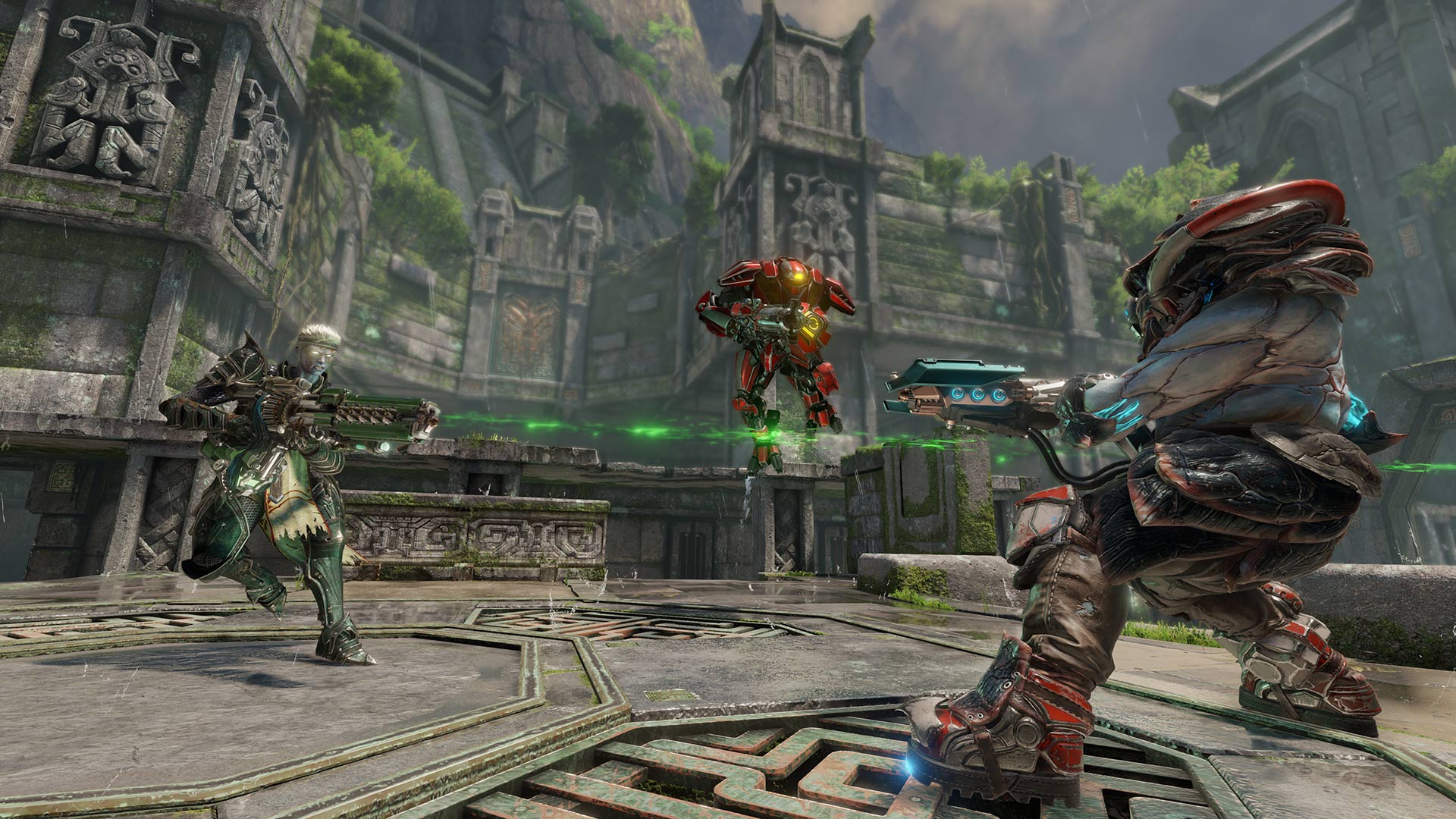 Impressions Made on Quake Champions on Steam Early Access