Interview with The Team of Immortal Redneck

The Team: Immortal Redneck is a FPS rogue-lite, but with persistent progression through each run. It uses Rogue Legacy's progressive legacy system and thus mitigates frustration that occurs in other rogue-lites with permanent death. However, it is still a challenging game.We know there are some more rogue-lite FPS on the market, but our rogue-lite system is not like the rest.

What was the process like porting Immortal Redneck over to the consoles?

The Team: We used Unity for our engine, so the process has basically been testing the console versions just as we had the computer version. Fix errors, cut, and optimize depending on the console we were porting on. The one that's giving us a lot of headaches is the Switch version, but it's on the way!

Were there any inspirations for the game?

The Team: Sure! Old-school shooters mainly, like DOOM or QUAKE, mixed with Rogue Legacy’s idea of rogue-lite. 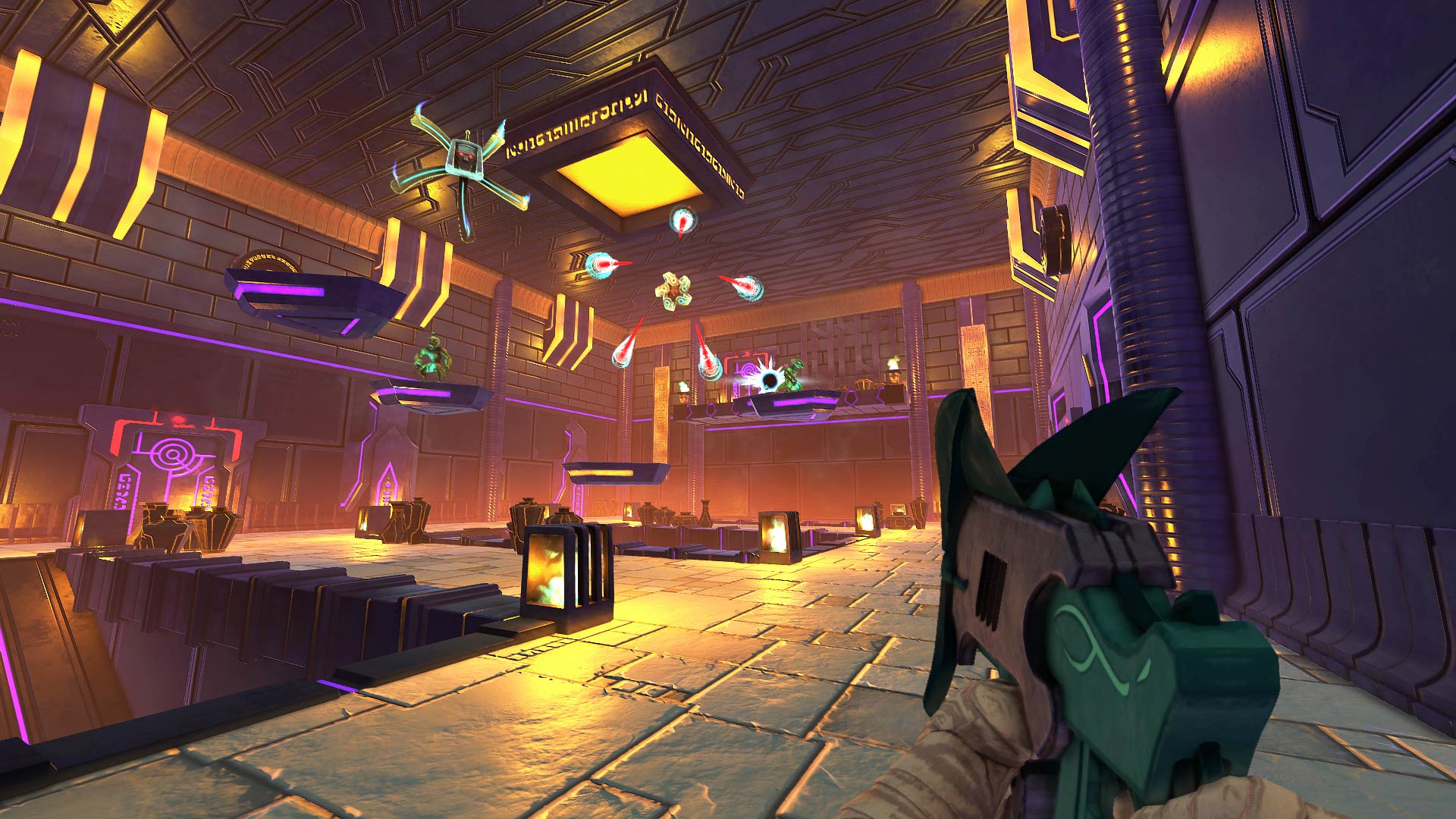 What were some of the goals when designing the general gameplay?

The Team: We wanted a silly game like old FPS games, Redneck Rampage or Duke Nukem. Also fun, addictive gameplay that makes you immediately want to jump in for another run.

There’s a mix of dungeon crawling with FPS, what was it like to balance the two out and did you find either had an influence on the other?

The Team: This was a hard task. FPS players dislike repetition and grinding, so we had to create a lot of content, a lot of weapons, modifiers, and rooms (of which there are about 500!). But in the end, it’s still a dungeon crawler as well, so you will find the repetition at some point. From our point of view, making it a fun FPS was the main priority and it influenced the whole project.

You’re constantly visiting new rooms as you scale the pyramid, what was the process behind the creation of the procedural generation and do you have a favorite particular room type?

The Team: The rooms are really handmade, all of them. Placement and connection of the rooms is what’s random. We decided to do it this way because handmade creation makes each room look more creative and helps the design of levels. For me, my favorites are the skill rooms, since they really test the player.

Looking at the scrolls you come across, what were the intentions with this type of item?Was this to balance out runs or perhaps just create a wild variable to the action?

The Team: Our intention was to challenge you.Most scrolls are good, but there is a gambling factor every time you take a scroll. Of course, they can also be awful, but it’s always your choice to take them.

Bad scrolls add an extra challenge. They aren’t always the end of the game: the funniest runs I've ever played were with bad scrolls, because they make you change your way of playing. This is another way we get away from repetition. 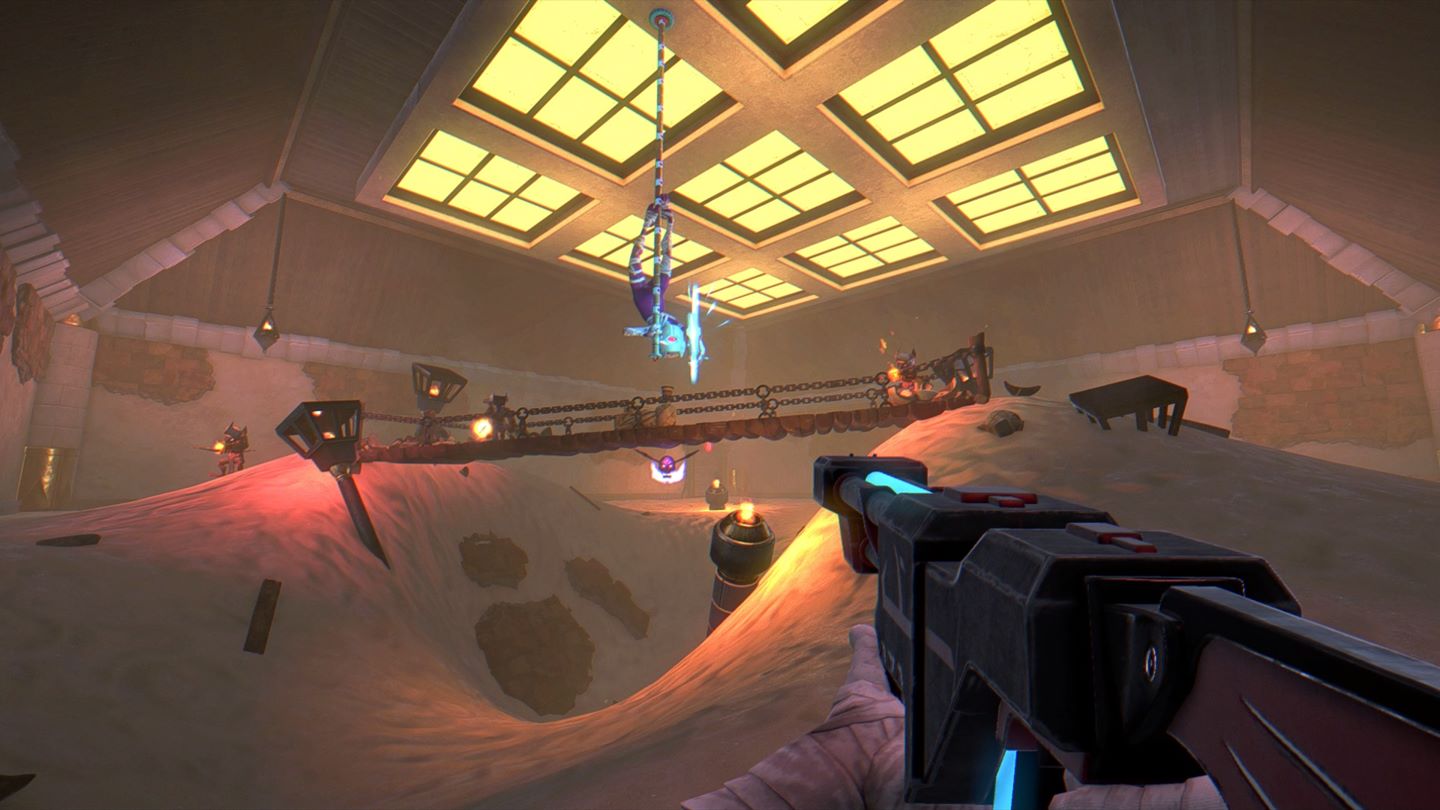 The title and the title character are a lot of fun, where did the “Immortal Redneck” concept come from?

The Team: The immortal part comes because you cannot die.When you "die" your soul is transported to the sarcophagus and you begin again. The part of the redneck is the odd one, we thought it would draw attention to put a redneck in Egypt, plus one of the absurd references I mentioned was Redneck Rampage, so it made sense.

The Team: We also have great integration with Twitch and Mixer. With this mode your audience can decide which scroll you get, instead of leaving it to random chance. We've seen lots of fun games with both audiences, helping or complicating the game to absurd situations.