Hyper Sentinel is a pixel based shooter where you fly a small ship and attempt to destroy a much larger one. It feels like those old plane games where you'd soar across the sky shooting and bombing things. That formula is slightly different here however as you move back and forth within a set area. In each level the goal is to break all parts of the current large ship and then take on a boss.

There's a good selection of content here and that is also split into multiple levels offering support for the various modes. There's the traditional Arcade where you're gaining a score while battling. The Survival option let's you play on a level attempting to last as long as possible, it gets just wild after a few minutes. Finally there's the boss mode which is fairly direct. You can also adjust the skill level if you're trying to find something that fits your abilities well.

This is a pixel based space shooter that's filled with particle effects and power-ups. There are a ton of extra bonuses to collect while flying around. This is all presented simply as a strict area where you fly back and forth blasting things. The ships have many components that can be neutral or hostile to your presence. There are also other ships zooming along. Hyper Sentinel is Xbox One X enhanced bringing a 4k resolution which makes it look that much better. 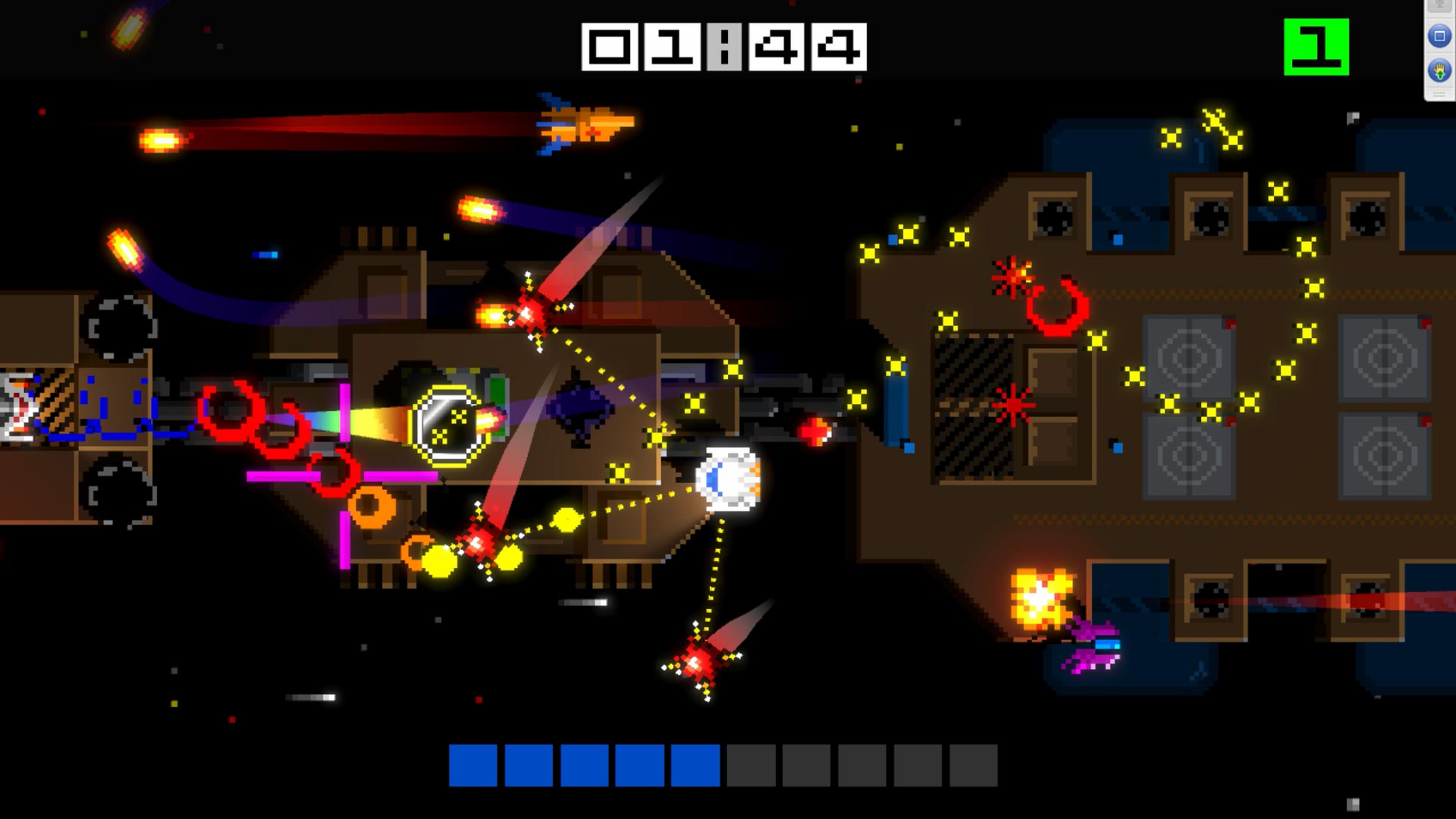 Hyper Sentinel is a fun, simple and different take on this type of classic space shooter. It can be a lot of fun to play while challenging at the same time. I wasn't ever too frustrated, but did enjoy the good fight that some of the bosses would bring. There's a fine selection of content with multiple game modes that can be played across each of the levels. You can adjust the skill level if needed whether that's for something easier or harder. It all handles well, looks good being Xbox One X enhanced and can have a lot of conflict going on. Despite that, it's easy to keep track of where you are at all times.