Hellblade: Senua's Sacrifice is a really intense game about mental illness and a bold woman that attempts to give rest to her dead lover. The experience carries a heavy level of gritty action against a starkly dark world. Things aren't great and in a battle against the evils of the dead things are wild. It's also a lengthy journey providing many hours of engaging gameplay. This makes it easy to play entirely through and a worthy tale to behold. That aside, it would have been nice to see some scene selection be present as collectibles are scattered throughout. These show in the form of Runes that give additional context to what's happening which is nice.

For the most part you're working through cinematic heavy scenes that blend seamlessly with regular gameplay. When moving around you're either solving puzzles or battling it out against terrifying monsters. The puzzles are fairly straight forward, yet complex as you move through gates to reveal secrets and align Runes within the world to open new paths. There are bosses present and each of these match the respective theme for the area you face them in. This all comes together for an unforgettable time and the a remarkable journey one person makes for the one they cared for.

You're constantly being fed narrative and direction by the soft seductive voices within your head. I'd describe it as being ASMR the video game. Movement wise everything is third person which works well for the type of presentation, which is shown in a mostly calm matter. You're moving around, interacting and then viewing cinematics. Combat is minimalistic yet carries a lot of style as she chains together attacks.

I did find it rather difficult as the enemies can be tough and this is more defensive styled. On top of that, it can be really harsh for checkpoints where you have to restart the entire battle every time, even in boss fights. Other than that it looked incredibly smooth while being very gritty. Visually this is one of the most beautiful games I've ever played on Xbox One X and in 4k resolution it's glorious. There are other graphic options, but the push for a better resolution was best for me. 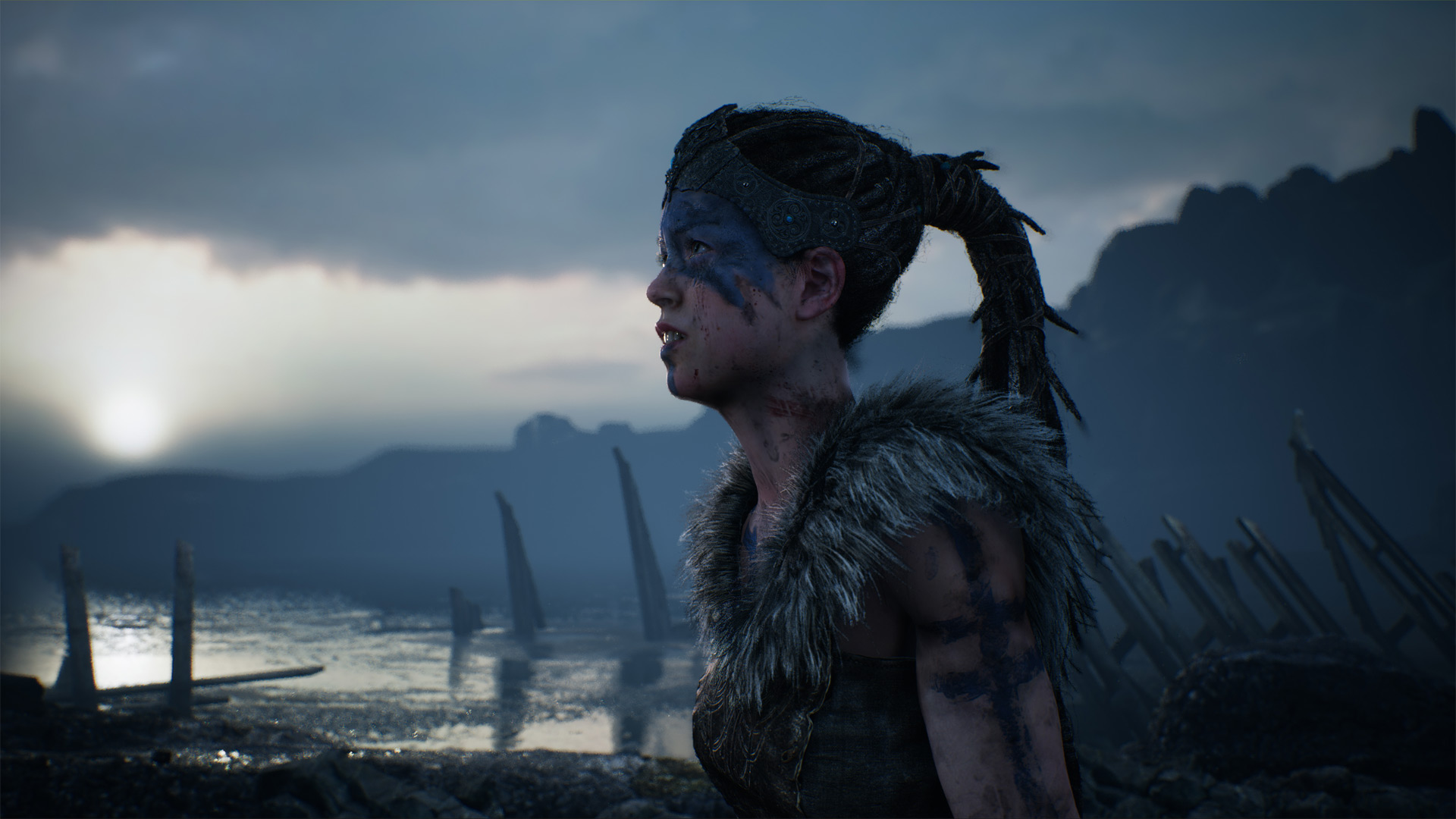 Hellblade: Senua's Sacrifice is an intense emotional experience that aims to push the boundaries of visuals and in-game performance. There's a nice pacing here with a well balanced mix of puzzles, cinematics and combat. I would have liked to see chapter selection included and some combat balancing, but those are just minor tweaks.

There's a nice photo mode included if you really want to admire the environment and multiple visuals options when on Xbox One X. The narrative is fantastic, the character performance was powerful and this is tied together with gorgeous visuals no matter how you to choose to experience it. There's a good length to the story and it was smooth to slash through as you aimed to complete your spiritual mission.