Haunted Halloween '86 is actually something that runs on the NES which is neat I suppose. That being said, the experience doesn't translate over to the modern console very well. The controls feel awkward and the viewing window is incredibly narrow. I'm not sure if they were trying to emulate that style for modern platforms, but it would have been nice to get some additional options for tweaking things. There's a story here told through classic styled cutscenes and then you're thrown into it.

There are a number of levels and you can experience permadeath as you battle through it. This definitely helps to capture that original type of gameplay that some will remember from those days. It's a fairly simple one, though death is certainly present and it'll take some amount of skill to successfully survive. It mostly comes down to the simple patterns and then movement, for Achievement hunters it takes about fifteen minutes to collect everything. I don't normally mention that, but thought it was worth noting. That aspect doesn't impact the score or general review, mostly just information.

The controls are rather awkward here and they don't take full advantage of the modern controller. It's truly awkward using the D-Pad to move, but the tap "A" to jump makes full logical sense. That's really all there is in terms of movement. The levels are purely linear in the design and split into small sections. Occasionally some bonuses can be found if you take a second to work for them. It's quite simple as you bash monsters, hop over objects for simple platforming and try to survive the apparent nightmare. They did have neat things such as a hand randomly swatting out at times, it never lined up with me though so meh. The visuals are fine in terms of capturing that traditional aesthetic. They're very simple, but paint a picture well. 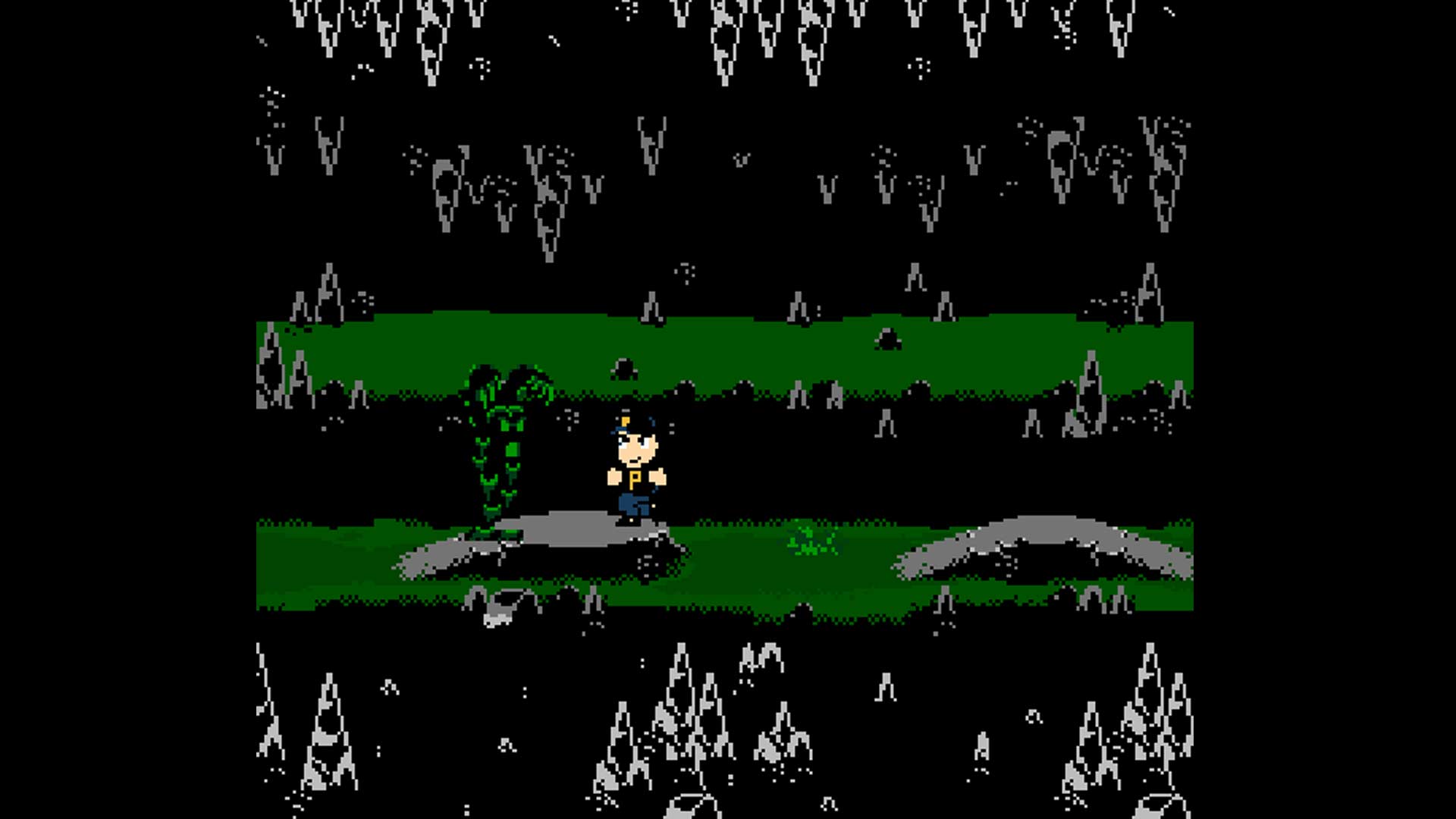 Haunted Halloween '86 is alright if you like that old school style of play, it doesn't quite feel right on the modern platforms. It does have a distinct design capturing that era well, but it feels really simple and I wasn't too blown away while playing it. There's a story there if you're looking for something like this and the brawling was alright. The visuals were fine in presenting the environments they were aiming for, very minimalistic in nature. It handles decently, this just isn't anything too amazing. It's a cool game nostalgia wise for some, most probably won't carry that same feeling however. Best to watch out for those bosses and the more hardcore later parts if you do jump in.