I had recently reviewed the ModMic 4.0 finding it to be an excellent device for capturing audio and now Antlion has just released their latest model, the ModMic 5.0. This microphone offers various improvements that greatly build on the quality and general usage of the device. The largest tweak is with the mic now offering both Uni and Omni-directional audio meaning you can switch between the two depending on what you're looking to capture. Uni (Sensitivity: -38 ± 3 dB) is meant for a singular direction whereas Omni (Sensitivity: -26 ± 3 dB) is multiple direction audio. This input design has a seamless switch between the two and it's nice that this mic can provide both services with an easy flick. The switch is located right beside the fluff tip of the slightly thicker mic piece.

Another great change is the actual design of the cords featuring a more flexible cord with multiple points of connection so that you can adjust the amount you need with ease. These breaks are placed well and I appreciate the extra customization which is important when finding that comfortable amount of cord length. The cord also has a velcro length adjuster for changing how much slack is available and there's plenty of cord length. The piece that connects to the fluff tip is also a bit thicker this time which can make it slightly more difficult to tweak though it holds steady once in place. 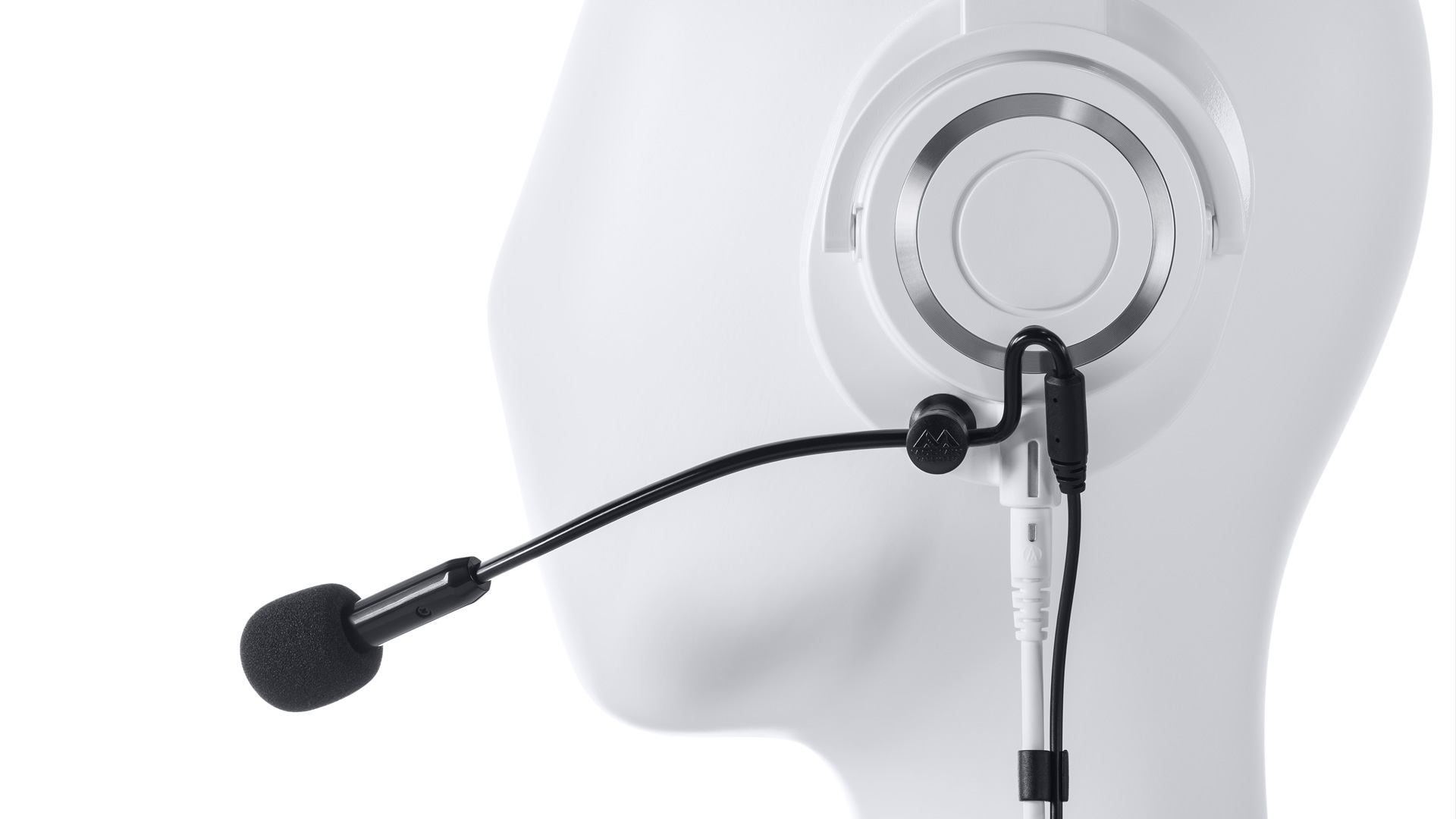 Hardware Continued
One other aspect I particularly liked with this new addition was with how easy the replacement of the last ModMic was. With this new mic it just fit right into my existing bases and I continued on with all my recording software as if nothing changed. This is a big deal to me as I've customized settings and having this one easily continue my work is fantastic. For those unaware, the mic features a magnetic clipping base that can be stuck onto any existing headset to make it compatible. The package of the ModMic also comes with a number of these bases and it's a simple process to attach them. From there you just hold the mic up to the base and it snaps in like magic, it's great.

The ModMic is also something that works well on the road or away from headsets as I used it at E3 last year for interviews and have also recorded a number of other things by just plugging it into my phone. This helps to show some of the other functions it could be useful for and it's an all around solid recording device. It works well for talking on Skype with others, creating gameplay overlay and especially well suited for livestreaming as I do quite a lot of that. The audio captured is very clear with almost no background noise which is amazing considering how loud my computer desktop fan can be. It's also great at cancelling actual noise in your environments as I like to have audio playing through the TV while recording since the setup is more comfortable for me and the mic allows it. 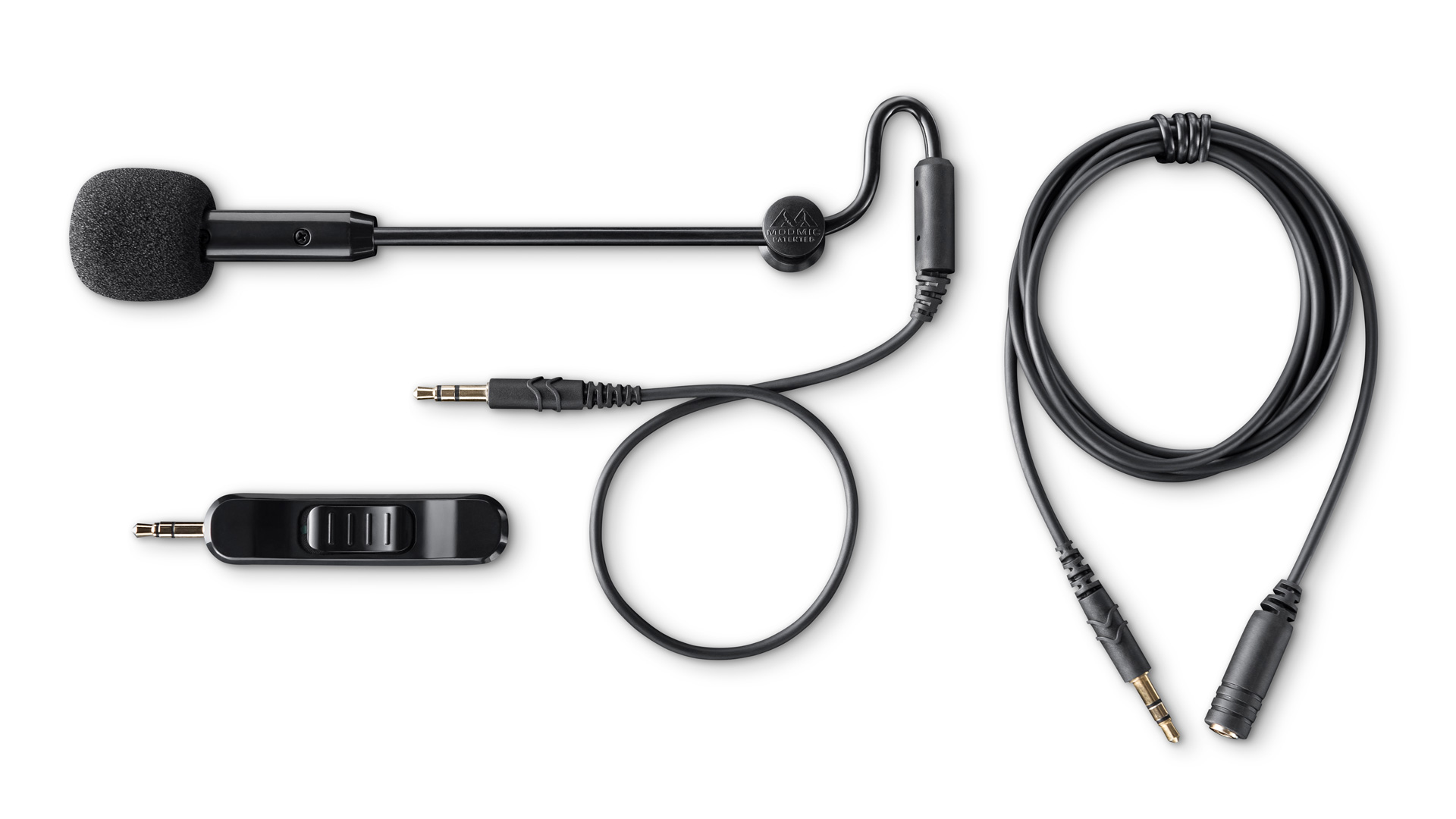 The Modmic 5 is a spectacular device providing clear audio and an easy to use almost anywhere design. If you need a way to capture audio for gameplay or even just for talking it can be attached to any headset. The carrying case is also solid providing everything you need to get started while also being a space that can protect the mic in a compact space for travel. I definitely suggest this mic since it's got a great cost that's paired with a quality that I have yet to see surpassed. The new additions and small tweaks were a welcomed surprise as I wasn't sure what could have been improved. I've used ModMic 4 for many of my past created videos and look forward to continuing using this line of mics from Antlion as ModMic 5 has already easily taken over as the successor in my video work. I've also included my video review and some links to recent videos that had audio recorded using ModMic 5.