Stereo gaming headsets seem to come in two varieties. Higher end sets tend to be heavy usually requiring batteries and are uncomfortable for prolonged use. More affordable units tend to be on the shoddier side with a feel and durability to match their price tag. I was able to get hands-on with the new HyperX Cloud Stinger gaming headset from Kingston and tested it with the express intent of finding where its breaking point is without physically damaging the unit.

Before opening the box the unit felt lightweight and compact as the ear cups rotate 90 degrees so it can lay flat. This came in handy as the packaging is dense foam custom fit to the headset making the original packaging perfect for storing the headset safely when not in use while the compact design allows it to be slid under the couch ready for the next gaming session. The outermost packaging describes the many compatible platforms along with the many features of the set. Among these is the adjustable steel slider connecting the ear cups to the headband. These reinforcements gave confidence that the unit does not feel like it could break under its own weight. The headset is connected via a 3.5mm jack which plugs into the audio jack in the in the Xbox One and PS4 controllers, or the headphone jack of mobile devices. A 3.5mm x 2 pigtail is also included for use with a PC. The swivel to mute mic features an physical detent that lets the user know that the mic is in the muted position or not. The last initial observation was that the memory foam padding on the ear cups is easily removed and replaced for cleaning keeping the speakers away from a potential spill.

The HyperX Cloud Stinger audio tests were done on multiple platforms focusing on games and experiences that have strong fore and background audio. The first test was on the Xbox One’s MCC Halo 3. The choir in the load screen sounded better than ever with the different vocal layers standing apart from each other. During the level with the Gravemind his booming voice was enveloping making those scenes more jarring. Gears of War: Ultimate Edition was the test for multiplayer. The headset allowed other characters to be heard clearly over the battle so approaching enemies from the flanks and rear were rarely surprising. The chat mic performed well in game chat with no distortion. The gunfire in both these shooters was crisp and the immersive sound of the battlefield added a new level to gameplay. The Xbox 360 backwards compatible title Fable II was chosen for its story driven campaign and many talkative background characters. When observing a conversation the sound followed the direction the Hero well as turning away from the NPCs caused their voices to fade away with striking realism. 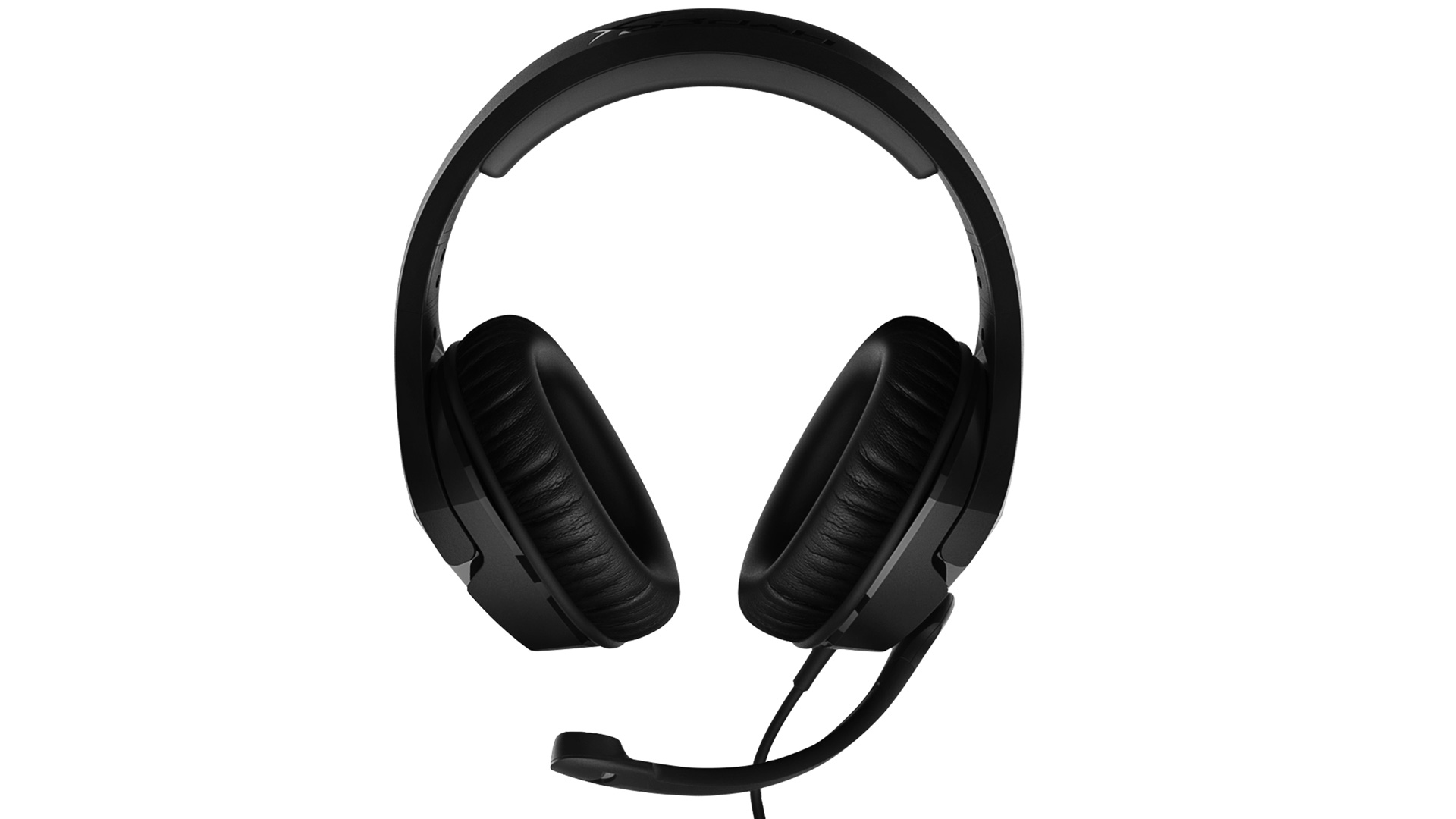 Hardware Continued
Next up was music on an iPhone. While the headset did not turn ’80’s metal into a surround sound experience, the tracks came through clean with no distortion even at higher volumes. The mobile game Arkham Underworld was chosen because it is a newer game with a lot of background audio during the missions and load screens. The Cloud Stingers did well with the feeling of being immersed in the crime ridden streets of Gotham with the sirens and dispatcher chatter in the background as the gangs warred in the streets. The test ran on PC was the game Klang, a rhythm based side scroller.

Klang features a bass heavy techno style music and the Cloud Stingers had no trouble keeping up with the rich tracks of the game.

The next round was based on YouTube videos. The headset was running surround sound tests from Samsung and Dolby HD. The Samsung video showcased how smoothly the audio was transferred as the subject moved around the screen. The Dolby HD seemed to be more of a tech demo and the bass was much deeper than any of the previous tests. It was so intense at times that ear cups actually experienced a controller-like rumble feedback while still maintaining clarity. Next a binaural 3D test by KBTechTutorials was used. The headset performed admirably as the narrator in the video was easily tracked as she moved throughout the demo. The last YouTube test was from Turtle Beach's 5.1 surround test. This was to see if this unit could handle what the competitors were using to test their sets. Still the Cloud Stingers handled the audio with no problems. The last test was viewing the feature Dredd in 3D with the audio set at 7.1. The Cloud Stingers did well with the deep droning soundtrack of this dystopian setting as well as the fierce firefights. Still the unit does a superb job of producing a new clarity in the background players that had since gone unnoticed. Coupled with the 3D image made for an enjoyable new experience. 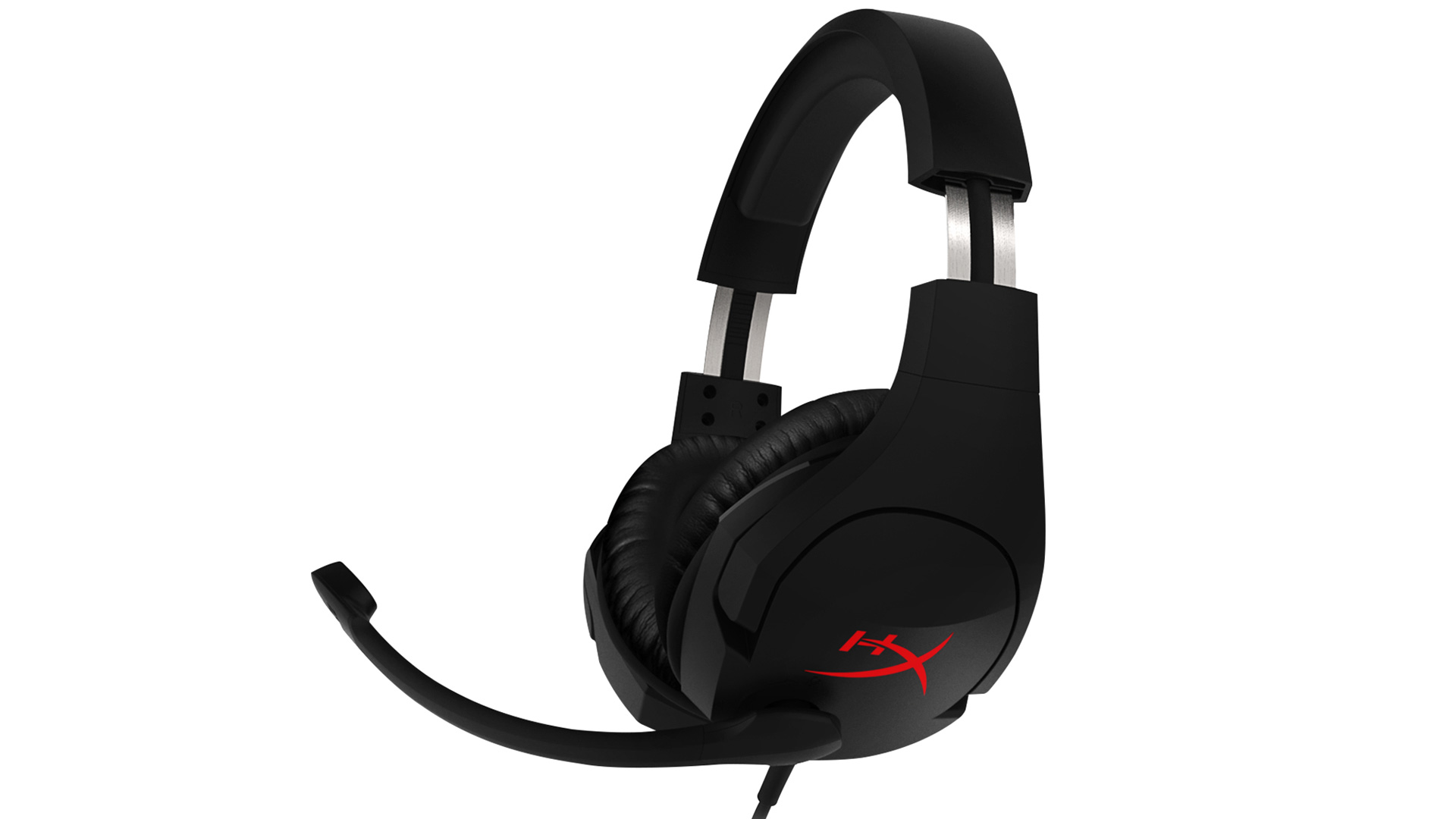 The HyperX Cloud Stinger Gaming Headset is an exceptional value at its price point. It is lightweight, comfortable and well constructed. These tests were performed at a higher volume than normal to push the unit to some sort of breaking point. It can be said with confidence that this unit will deliver great performance under normal use. They are an exponentially better value over the slightly less cost, more disposable sets available. The HyperX Cloud Stinger Gaming Headset is a affordable introduction to stereo headsets and the Kingston HyperX family.

Check out the HyperX Cloud Stinger