Game Vice turns your mobile device into a handheld gaming system with their ingenious peripheral. The Game Vice features a familiar game controller layout with a D-pad, left and right thumbsticks, an X, Y, B, A button layout, and L1, L2, R1, R2 shoulder buttons. It also has a menu button but does not have a thumbstick click, commonly known as L3 or R3. Other features are the ¼” (3.5mm) audio jack for earbuds or any stereo headphones. I used a gaming headset during my review. Lastly there is a charging port for extended gaming. The Game Vice is available for newer mobile devices on iOS and Android. Supported iOS devices are the iPhone X, iPhone 8 / 8 Plus, iPhone 7 / 7 Plus, iPhone 6s / 6s Plus, iPhone 6 / 6 Plus, the iPad Mini, 9.7” iPad, and the 10.5” and 12.9” iPad Pros. Available Android models are the Samsung Galaxy S8 / S8+ / Note8, and the Samsung Galaxy S7 / S7 edge.

There are also game bundle editions for the iPhone. This review used an iPhone 7 as its basis. With the device inserted, the overall width is 9.25” x 3.5” tall (23.5cm x 8.5cm) and weighs 9.4oz (260g). The Game Vice alone folds down to 2.5” wide by 3.5” tall (6cm x 8.5cm) and weighs 4.4oz (126g). The design of this feature is that the back of the Game Vice has magnets in it, so it will stay in place when clam shelled together. Game Vice also has a carrying case available for when it is stored this way. The magnets will only hold to each other and will not support the weight when trying to attach it to a surface such as a refrigerator. The device must be removed from any type of case as the Game Vice will only accommodate the stock device.

Although, I did not have any problem with my plastic screen protector remaining in place. The two halves of the controller are joined by a backstrap. Installing my device was simple. First, the lightning connector plugs into the right side of the Game Vice, then the left side gets placed on the other end. Lastly, a slide on the right side pulls the backstrap and locks the device in place, like a vice. Now the controller is ready to be used. To remove the device, press the unlock button on the right and the backstrap loosens. Installing and removing takes moments and does not require any tools

Hardware Continued
The Game Vice boasts hundreds of compatible games for use with the controller. The Game Vice app is useful for finding games that can be played with the controller. The front page of the app shows featured games. Navigating through the menu brings up a wheel control where games are listed as free or paid, and genres such as action, fighting or puzzle. The free games listing alone has over five hundred titles, backing up the hundreds of games claim. The best feature of the app is that it gives a description of the game, how the Game Vice controller is utilized by the game, and a direct link to the game in the app store making downloading games simple.

The only flaw I found was when hitting the back button from the game description to the game listings, it would start over at the beginning of the list. This became frustrating when I got far into a list only to be sent back to the beginning after checking a game out. One of my favorite free games to play was War Wings, a multiplayer aerial dogfighting game. The Game Vice eliminated the onscreen virtual controls giving me full view of the action by not having my fingers on the touchscreen. Minecraft Pocket Edition got better for the same reason of eliminating the virtual controls, but also for bringing the familiarity of a console controller to a cross-play game I can play on the go. It also made crafting faster and smoother. 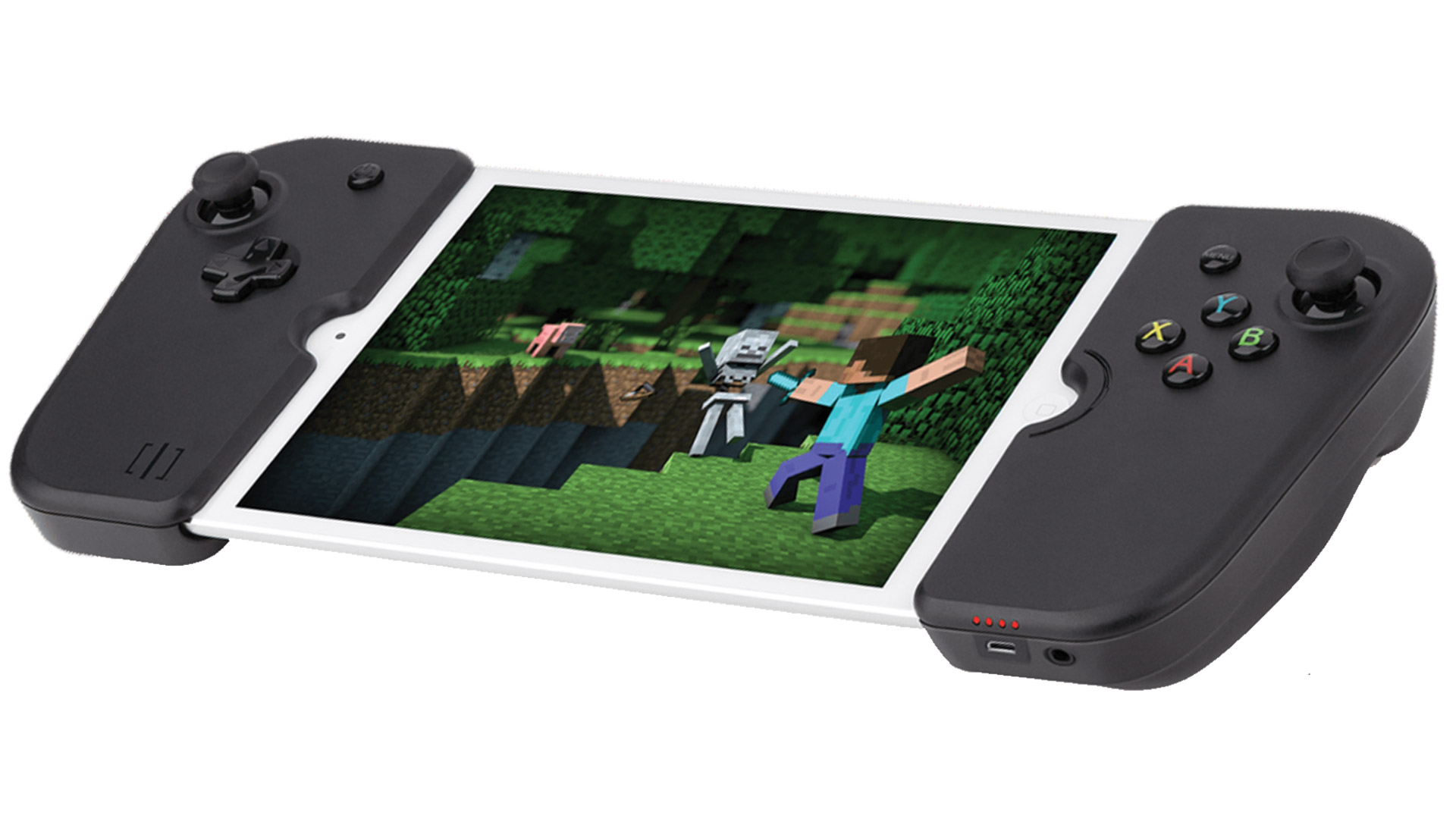 I recommend the Game Vice for anyone that enjoys gaming on their device and enjoys using a standard gaming controller. The app makes finding compatible games simple and the search function helped with identifying games that I already owned. Being able to play my favorite games full-screen made them more enjoyable with the benefit of using a familiar control layout. Its light weight and easy installation and removal make gaming on the go better. Game Vice’s simple and familiar design, coupled with hundreds of compatible games make it valuable accessory for the mobile gamer.