Probably one of the more neat things I was given during E3 2015 was a mouse, now this isn't any particular mouse. This is the ZL5A Sniper Laser Mouse with Ultra Core 3 activated on it. It's certainly a very fancy mouse and one that's been interesting to try across a number of games with. I'm traditionally more of a console gamer when it comes to competitive shooters though I've enjoyed PC titles for the last couple of years so that's why you'll see my test games were not of the traditional sense.

All the titles I've tested the mouse with can be found below and I spent maybe more time than I should have to get this review done though I wanted a wide variety of test subjects. Now it's time to dive into what exactly this Bloody mouse can do, in this first section I'll be going over in-game attributes with a section on the actual feel and or shape of it below. In-game I could immediately see the effect of the mouse compared to the generic Microsoft wireless mouse I've grown to love over the years.

Everything was done much quicker when in matches from shooting to generally getting the cursor across the screen. I tried doing other tasks with it though honestly it's not for that and I would switch over to my other mouse as it seemed to have certain issues with tasks. For many of the games I would spend some time aside switching between the mice at default setting to see the difference. The rate of fire for the weapons was greatly improved with the Bloody mouse and that's crucial for intense matches.

The extra buttons also at default settings helped me perform the medial tasks with much more efficiency. I'm commenting on default quite often since I want this to be for all, including those that might feel overwhelmed by fiddling around with the software. In all my games and especially the more hardcore titles I noticed that the mouse was perfect for play. The options for firing and fine tuning my accuracy were improving performance across the matches.

Let's now talk about the software you can download free online. When first opening this software you will see a number of guns present across the screen, these each represent cores. It's best to thoroughly read up on these aspects so you understand how they affect the game as each bring their own tunings into effect.

There's also a bonus core of sorts which you can purchase a key for online which will do extra affect and it's not terribly priced at all. Below the first tab we have both the sensitivity and the button settings. These are of course for changing mapping and for adjusting how the mouse reacts. Both are done in a style of which any person can tweak things easily and there shouldn't be any difficulty there.

On the right side we have the Macro and Combo sections, along with a guard area though that's for wireless so it doesn't apply here. The macro section is really cool as it's basically just the perfect blank area to build whatever sort of key cuts you want. If you don't understand the macro or what you can do with it, the section might be a bit advanced for you and additional research will be required.

Finally we have the combo section where you can set it do repetitive tasks like in RPG games where you have to mine which is a bore. This can create paths to simplify a boring process easily. This information really just scratches the surface of what's possible though I wanted to cover the basics since they directly apply to this mouse. 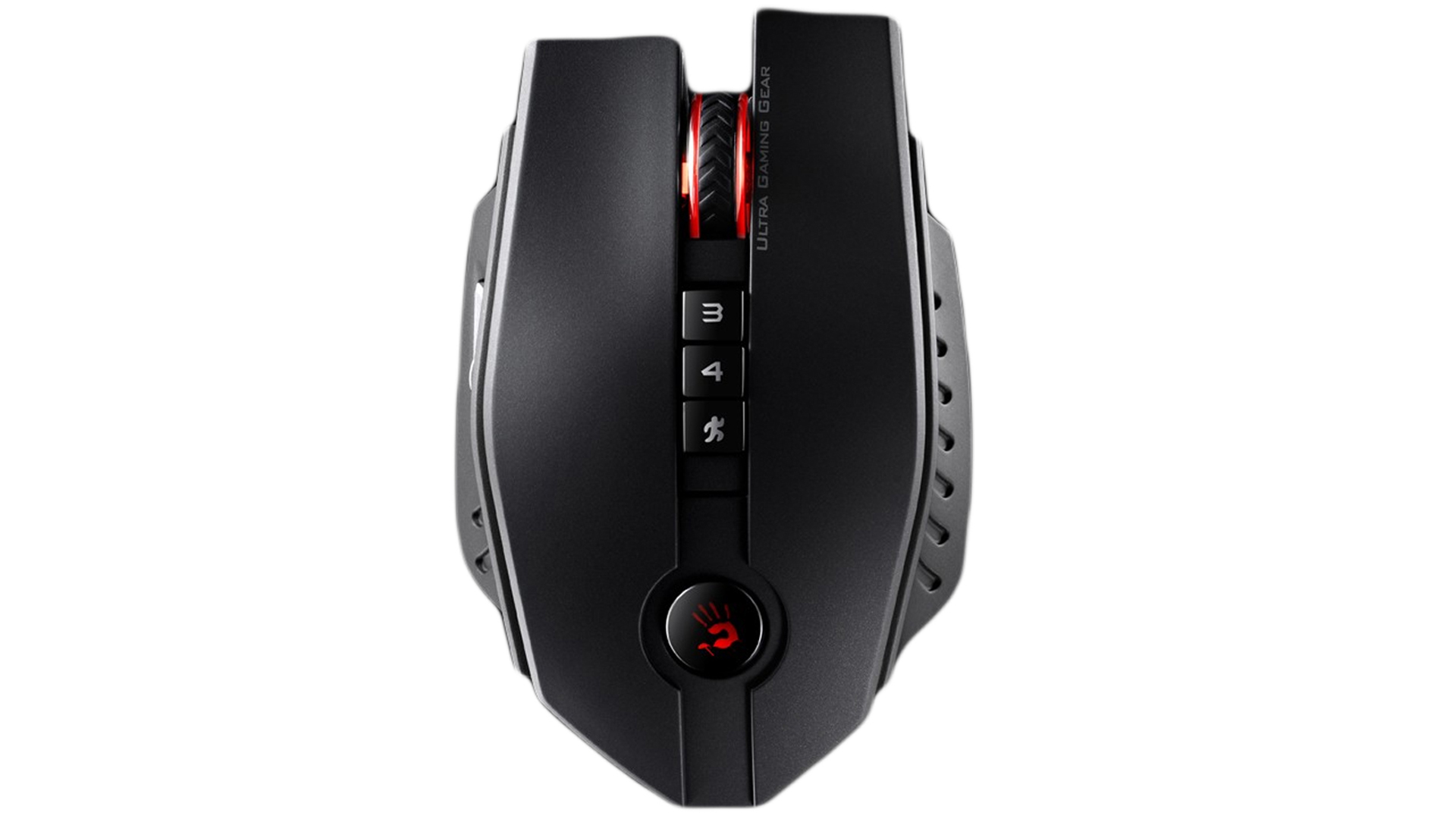 The Mouse
First off I want to comment that this is a wired mouse and that's how they get such insane response times which is 1ms time. Though honestly I'm more of a wireless mouse and keyboard guy traditional just because it's more comfortable. With the cable attached there really wasn't much different for movement though I did have the wire get caught up some times. The actual wire cable is a nice soft sort of fabric though it's relatively tough and seems very durable through some playing around.

I specifically sit there at times while working with the device to just click buttons or bend cords around in order to see if any weak aspects are easy to point out. I also quite like the color scheme of the mouse with a red and black matte which looks rather sleek. One other thing to mention with the cord is that it also has a velcro portion near the plug-in so you can adjust the wire size if needed

The feel of the mouse is smooth with a light grip to it, it's also got a nice clicking sound to it which is not particularly loud. There's also a wide variety of buttons here which may make it seem complicated to some though it just takes time to learn how it all functions. Starting with the top we have this lovely scroll wheel which was really well done and a couple of buttons that follow.

These each serve functions for manipulating guns like making it a burst fire weapon and such with each having a unique color glow in the front wheel to show what's currently on. This was a nice touch and I won't go into it too deep since customization options are available for this area with the Bloody software you can download. On the side of the mouse we have more switches including one that's done in gear style for weapon switch. Below that is a back and forth buttons which I'm more used to on both sides of my mouse personally though these are easily clickable.

Finally there's a sniper key for reduction CPI for sniping accuracy. All of these can of course be tuned of played around with via the free software of course. The belly of the mouse features nice sliders which perform very well for quick movements and that's appreciated when trying to manually get across the screen. I'd also like to discuss the resting of the hand which I felt was nice except for my ring finger which was sort of left out as it usually rests nicely on the side.

This was uncomfortable over extended periods since the mouse almost bumps out against it instead of comforting the finger. Other than that the buttons work well, click well and it overly felt like a solid mouse. 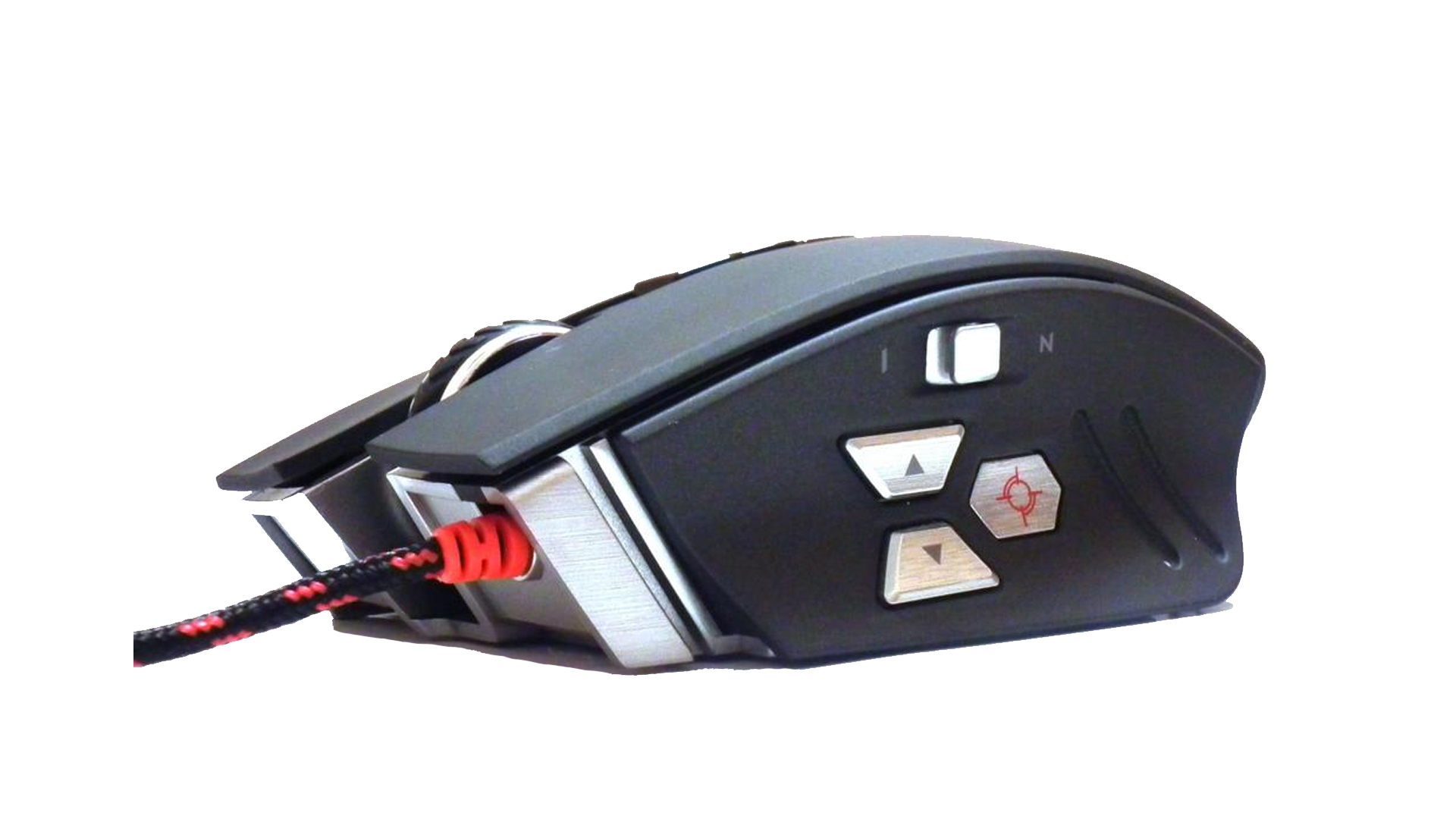 This is a solid mouse for improving your quality of gameplay and helping with accuracy. The customization options are really well done in a simple manner which when time is spent can greatly improve control within your various titles. Feel of the mouse itself is great aside from finger resting and the look is ever sleek.

I'm not worried about regular players that may be more casual having any issues with this model and it'll definitely help improve your play. The response time is marvellous though the wire is something I'll never personally be a fan of. For this being the first time I've checked out the Bloody line of products I was impressed with the mouse.