The Premium Zelda Chat Earbuds from PDP aim to provide a high quality audio option for the Nintendo Switch while also bringing the unique Zelda style as well. This comes in the form of a simple earbud set and fancy carrying case that both have a black and gold theme to them. The headphones feature a solid length of cord being similar to that of the IPhone headphones of which I use as a benchmark for all similar hardware that I review. The cord is thick, yet thin offering a soft material to feel and one that doesn't seem to have much of a chance for fraying.

The piece is also thickened whenever there is a break in the cord, whether that's for the earbud piece or the standard auxiliary cord. The cord has an on and off switch for the right earbud side of the cord, my only complaint there would have also been to include a volume dial/button option. The earbuds have a nice Zelda emblem on their round flat back and the well known rubber type ear piece. The suction for these works well and you shouldn't have any issues with them falling out of your ear. Both are easily marked for left and right with a comfy feeling to them while they're warn. 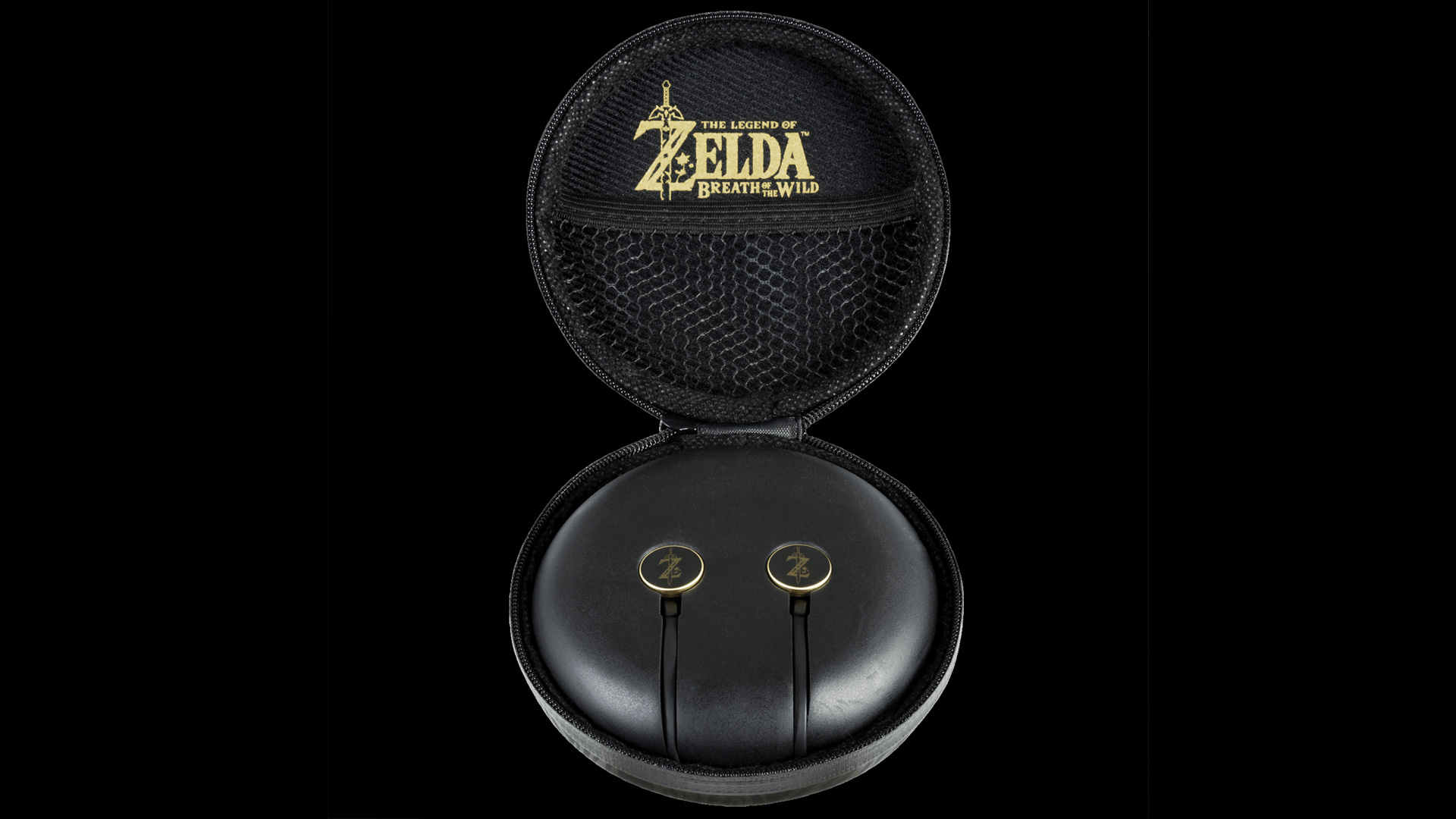 Hardware Continued
The quality of audio for the headphones are great with many distinct offerings for the "ting" sounds I enjoy during audio. They create a nice feeling of 3D space with each foot step in a game feeling distinct with distance. They're also very loud and work beautifully with the Nintendo Switch. I wouldn't say they're quite at the level of the IPhone headphones since the loudness can at times cloud some of the smaller sounds. That aside, when comparing the price of which I typically don't in reviews they're well above similar models.

The case is also rather nice, I honestly don't see why you would be carrying it around due to the size though if you do it's quality. The outside is smooth with one side of the circular item carrying a "Z" with a sword through it and the other having Nintendo Switch in gold. It features a zipper on the outside which takes some slight forced to fully open it. Inside it says "The Legend of Zelda: Breath of the Wild" in gold and has a half of the case mesh pouch below it. The other side can be empty or hold a rubber piece meant for holding the headphones. This aspect adds a fair bit of weight so you may opt to not use it.

For the Nintendo Switch player that needs a quality solution for headphones, these are great. The same goes for fans of The Legend of Zelda: Breath of the Wild as it matches the game well while still presenting as entire Zelda series set. The audio quality is fantastic with a loud sound being given out from the earbuds. The cord is smooth, with my only complaint being the lack of audio adjusters. The earbuds fit in nicely and are comfortable to wear. The case is nice as well offering a small space to store something while also neatly presenting your headphones.

Check out our Gear Hub
View our Hubs