There are many local combative party games these days and Guilt Battle Arena goes a tad too basic with what it aims to do. Essentially you're just hopping back and forth across a few small arenas attempting to dodge things. The game throws a number of differing enemies across the screen while also usually shooting something at you. Your goal in the single or two player local campaign is to survive as long as possible in order to gain enough points for more stars.

That's basically it, each level has a new challenge though the game itself feels very repetitive in nature. The look of the game is simplistic carrying a cartoon style and that works well. There are just a pile of characters present with some fun and charming designs to them. Perhaps a tad too much time was spent there as opposed to expanding the important core content. The multiplayer can be fun as a group battles it out across the various modes, no AI can be added in however. So you do need some friends present to play it. 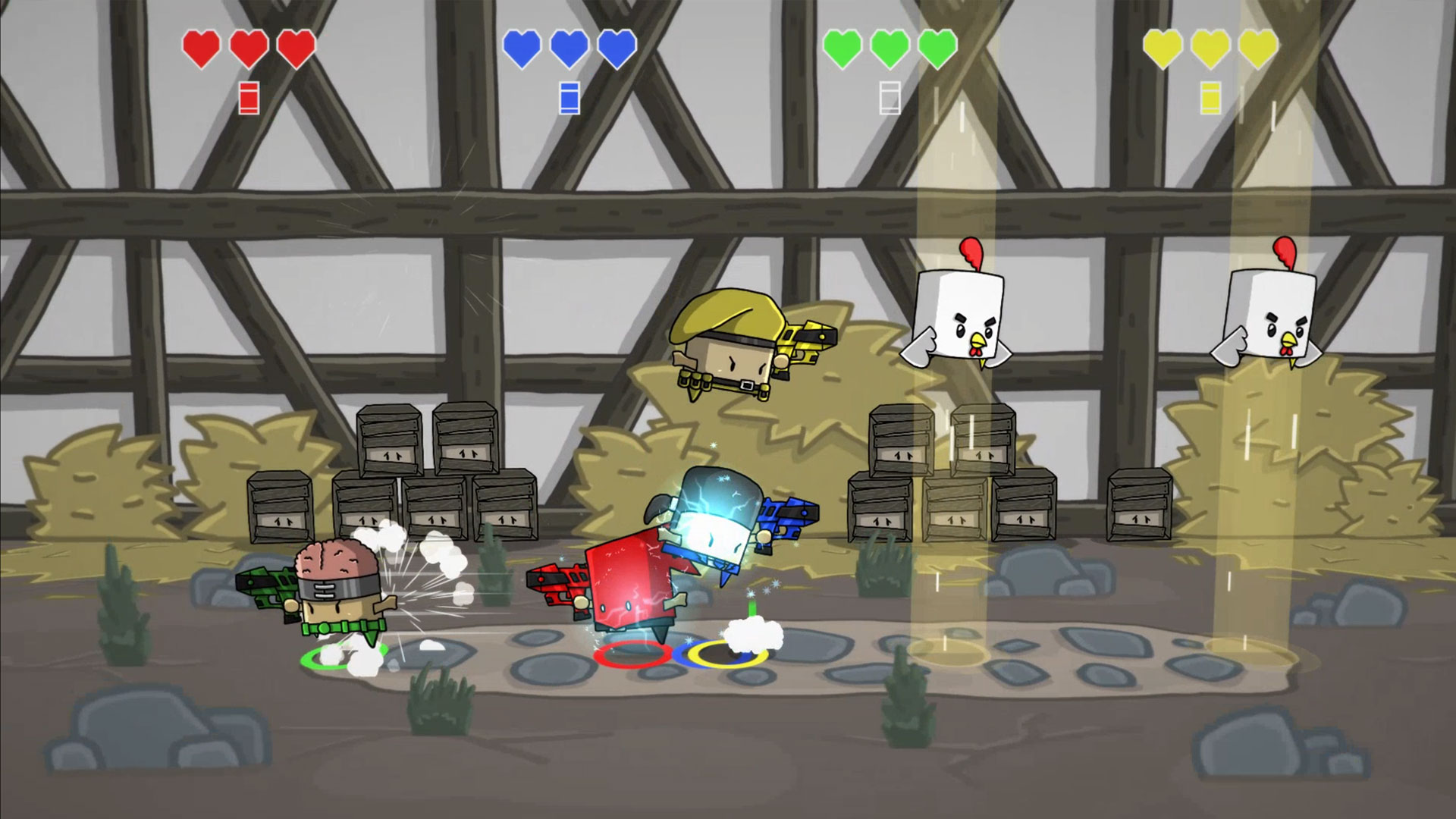 There's not too much to the game, it's quite shallow in terms of content. The local multiplayer can be fun at times and I did enjoy doing some of the two player cooperative mode. It's a simple game as you hop around collecting your single bullet after shooting it type of game. It has some unique elements, but there's mostly not enough here to provide a full package. There's nothing really wrong with the title, yet not much to gather one's interest. I think the core idea was alright, yet not presented in enough ways feeling like an easy play and then be done with type of experience.