The Forza Horizon series is exhilarating, there's something about the incredible open worlds they create that's perfectly enticing. I got my start in this spin-off of the Motorsport series with the second entry and was never able to play this one. I did get a chance once it was Games with Gold, but didn't spend too much time aside from getting a smaller impression of what this was like. With the Forza Horizon Xbox One X enhancement being available I thought it was worth investing some more time into the game. The open roads of the rockies are stunning and it's a surreal location.

All of the Horizon games feature some stunning locations and it's one type of racing series where it's worthwhile to visit each of them. You do see a natural progression as they evolve with features, yet with the setting of each they stand out as different games that are still worth playing. This is rather bold in comparison to the more iterative Motorsport releases. While each release there is fantastic, I don't ever have any desire to revisit the older entries. This first Horizon still looks great and now that it's been given a boost the game does look stunning. This is of course with the higher resolution at 9X the pixel count with increased texture details and antialiasing. The visuals make it seem as though it's directly comparable to the Xbox One counter parts.


I don't know if that's fair to say considering the quality of Forza Horizon 3 which is purely stunning, but it's fair to note that this game holds up. Some elements haven't aged well like most of the trees, but it's still special to look out into the large backdrop and just enjoy the sunny landscapes. It's an open terrain that's full of thrills and challenges as you work through the festival attempting to get better bands. There are many showcase events to take on and strangely interesting cinematic areas that tell a story. It's quite surprising that aspect of this particular game was left out in future entries.

I suppose they wanted to focus more on the racing, yet it was different to see an apparent narrative being delivered here. This is an impressive update to make a gorgeous and rich experience once again be something that's worth visiting. It's a shame the game was delisted as it makes this enhancement feel like it's only half applicable to future audiences. That aside it does present perhaps a future look into Xbox One X enhancements as this was one of the later Xbox 360 releases and it plays perfectly fine. 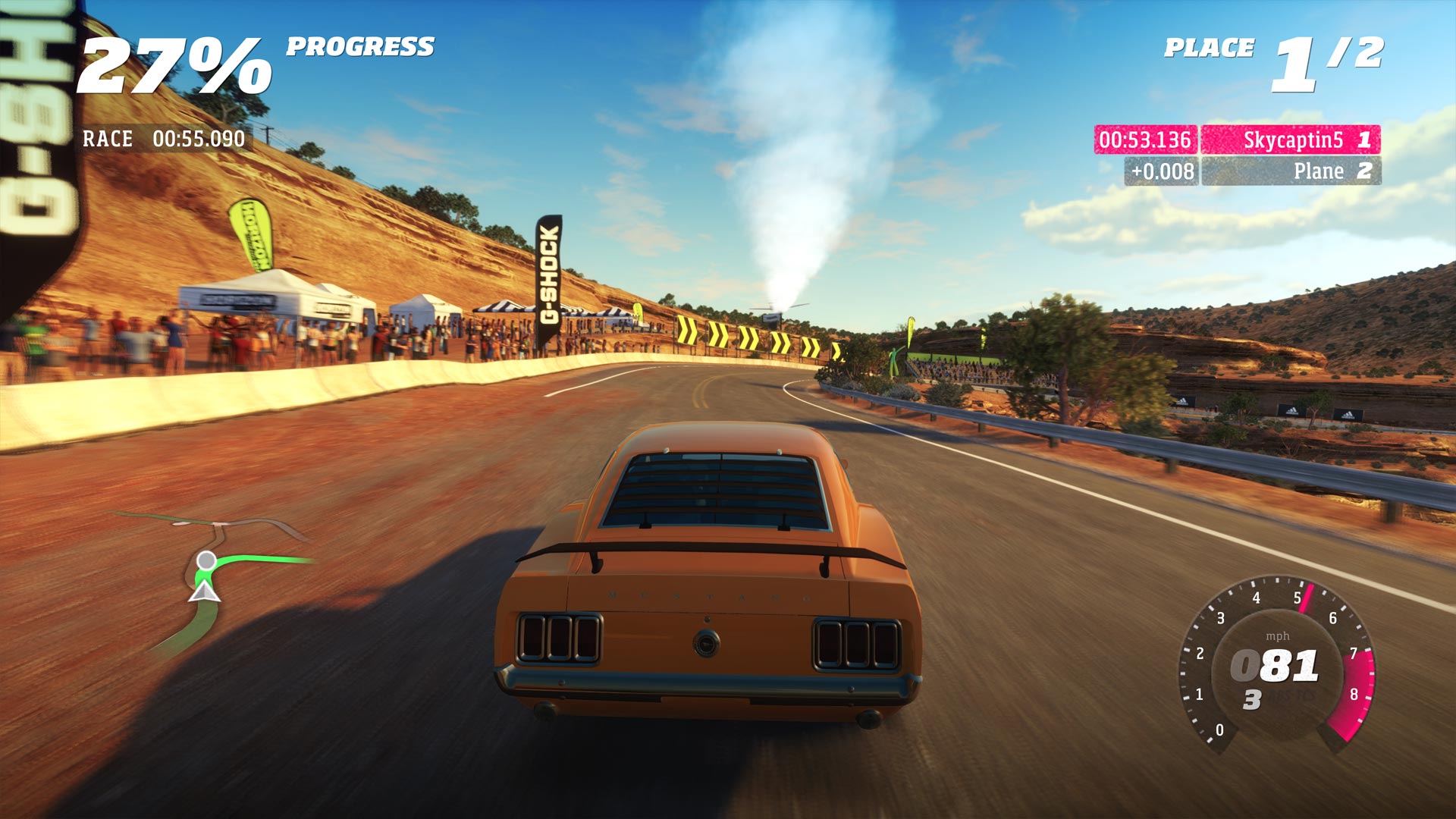