Alexandra: Previously we have done a lot of comical adventure titles, like platformer Stick It to The Man and most recently a brawler titled Zombie Vikings! Right now we’re working on Stick It’s spiritual successor Flipping Death, but we also just released something quite different from our regular style - a little something called Fe.

Could you briefly describe the general narrative and a bit about the character players experience the world through?

Alexandra: The basic story is that a new kind of creature, called the Silent Ones, have arrived to the forest. For some reason they capture animals and plants and use them for their own unknown purposes. As Fe, it’s up to you to help your animal friends.

But the narrative in Fe is in one way left in the hands of the player. You will witness what is happening in the forest, as well as interfere with the doings of the Silent ones, but it’s up to you to interpret why they are there and what your role on the story is. 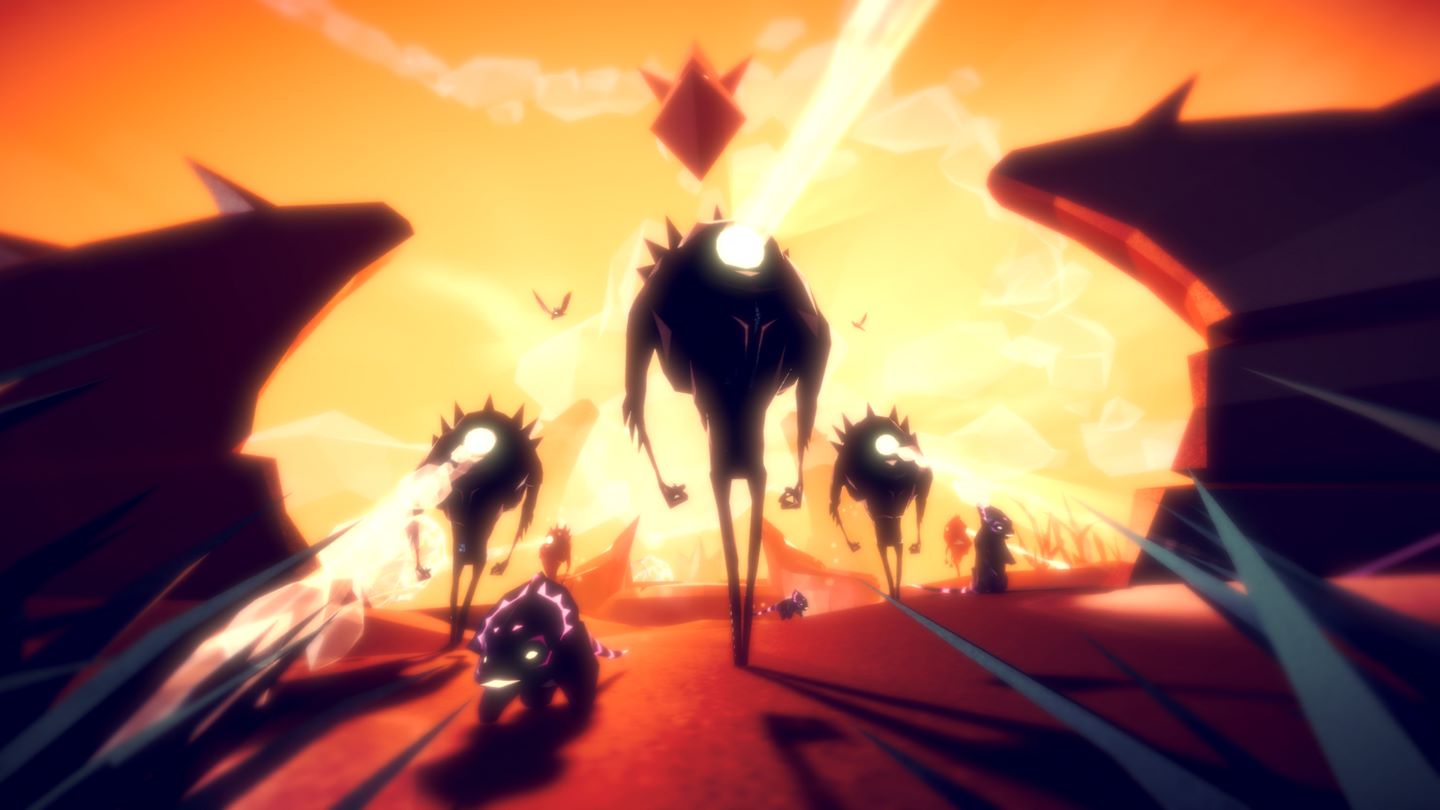 Looking at the focus on exploration, what are some of the key ways one might explore the world of Fe?

Alexandra: Exploration is key in Fe, and you’ll be able to open up more and more parts of the world as you go. Learning to climb trees is essential. It helps you stay away from danger, reach higher areas and also get a good view of the area. Eventually you’ll also learn to fly, which will help you reach even further and take new shortcuts, making traversing much swifter

I understand natural communication is a big part of the game, how does that system work and what sort of neat things can you do with it?

Alexandra: Since the start of development, we knew we wanted to make Fe a wordless game. A game about communications, or maybe the difficulties therein. That’s also why the story is up to you to interpret - there really isn’t anyone there to explain exactly what’s happening.

You can sing though, and that’s the tool you use to make new friends! When approaching a creature, you need to be gentle (so you don’t scare it off, wild animals are often cautious) and then sing in just the right tone to befriend it. To do that you use the triggers or motion controls, depending on what platform you’re playing on.

There are puzzles involved within Fe, what was the process behind finding a right balance of challenge for the player and implementing those puzzles in the open landscapes?

Alexandra: This is something we worked really hard with. We wanted the handholding in Fe to be low, and as far away from in-your-face as possible without having the player feeling totally lost. In the beginning there wasn’t even a map, but after some playtesting we realized that that made people weary of leaving the main rout out of fear of getting lost and decided to implement one after all. So there’s been some back-and-forths to see what works and what doesn’t. We finally decided to add a helpful little bird that can give you some ideas on what to do next without the player needing to leave the experience. 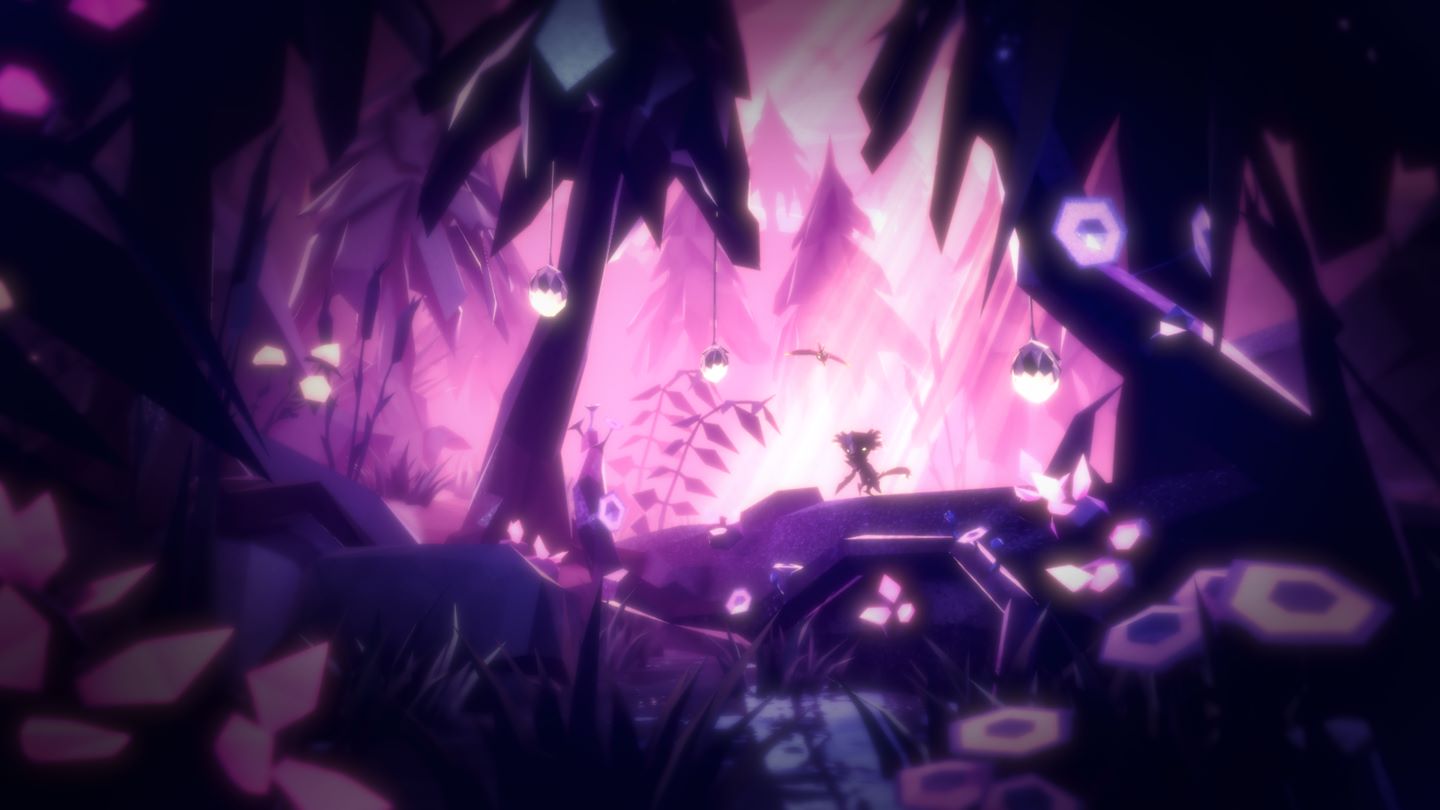 There’s a very distinct art style used within the game, were there any inspirations for the unique look?

Alexandra: We’ve been inspired by the quite dark forest that we’re used to from our lives in Sweden as well as nordic folk tales when we developed the Fe style. But the main reason to go down the low poly route was that we wanted to create a feeling of a dense forest without making it to hard to get a good view of your surroundings and the wildlife. When working with the coloring we wanted to light the forest in a way that made it a bit otherworldly. It shouldn’t just be a place you could find in your hometown, but something a bit more alien.

What was it like being a part of the EA Originals program?

Alexandra: It’s been a great experience for us! It allowed us to make Fe into the kind of game we wanted it to be, which we wouldn’t have been able to do without the support from EA. Also, their network is just a tad bigger than ours, so being able to use that to make people aware of that the game even exists has been phenomenal. Getting to keep all the revenue from is the game is great as well, as that helps us fund future projects.

Alexandra: I just want to say thank you to all of the people playing and enjoying the game, and those reaching out to us to talk about their experiences with it. That’s truly awesome for us!