Far Cry 5 has been a blast to play though the multiplayer has been really hit or miss as it's been essentially left up to the community for content. What we get here is a possible mix of genius potential against a bit of a lazy approach and some absolutely terrible content. The Arcade mode is a place that's full of whatever people want to create. There's a few select maps created by the developers using the tools and no natively designed multiplayer levels. It's like if they took Halo's Forge and let the community run rampant with loose guidelines. There are some amazing creators out there for the Halo Forge, as I'm sure there will be for Far Cry 5.

At the current time however it's less of a mix bag and more of a mess. There are some neat ideas at play such as a PUBG map or even ones that deploy interesting effects to change the visuals in neat ways. I came across this one striking map that had a heavy glow with lightning that occasionally made visibility more apparent, it was cool. On the other hand I found one like the map below that had a few empty blocks thrown down and a box both teams spawn from. There was another where the goal is to just spawn camp each other and another map that was empty aside from a few boxes. There's been a lot of trash out there and with the maps in regular multiplayer rotation it can create a rough place to play. 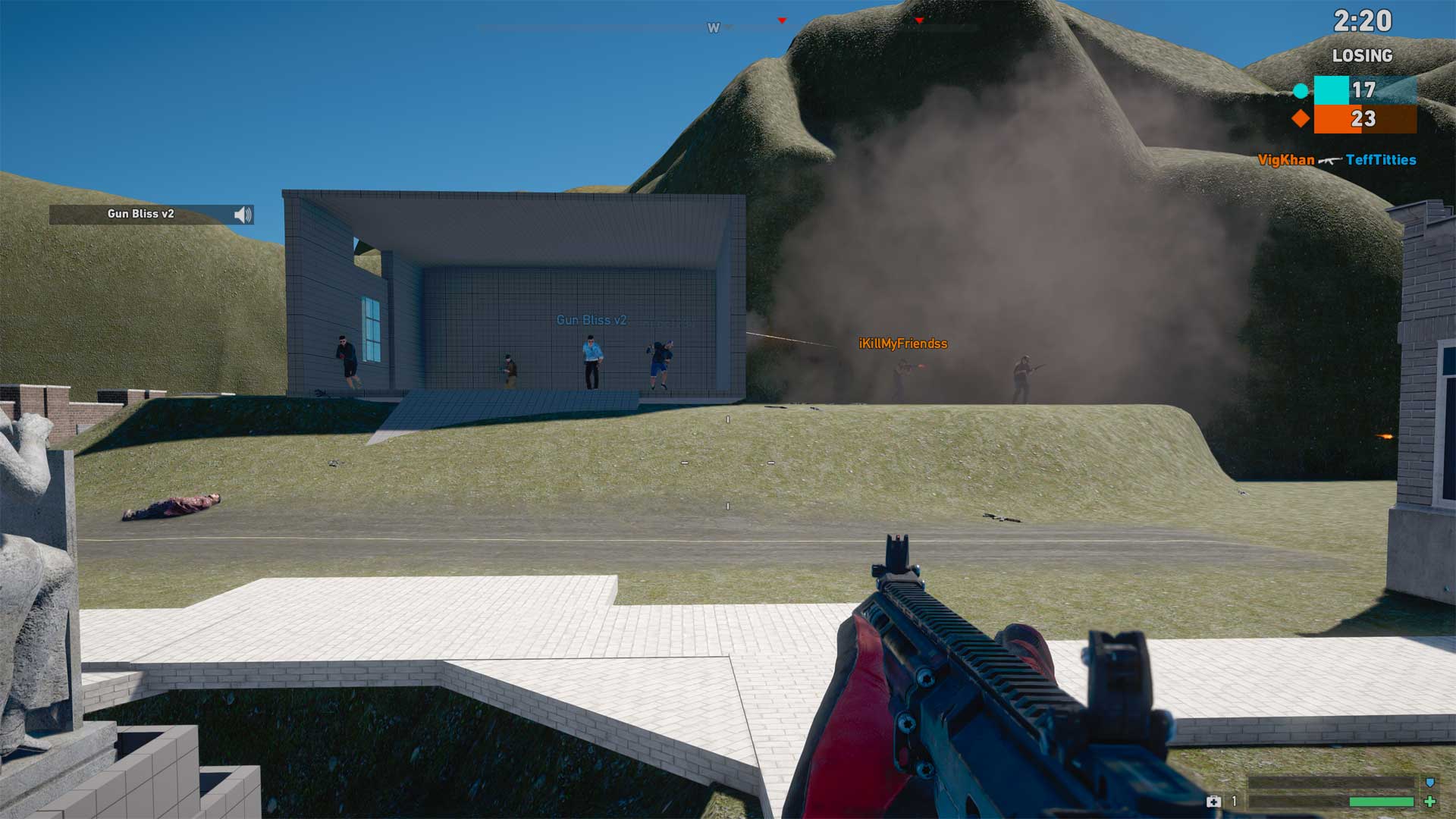 I find the effort to be an interesting yet perhaps unique way of handling things. Let the community build maps and then have them vote for the best ones. Is it hitting that potential, not currently. It also comes across as lazy to me since the developers didn't spend any time crafting proper levels or even providing decent curation. It's one thing to allow custom maps, it's another to just let them go wild with what's available. You get a lot of junk and what some people consider fun times. That doesn't welcome much balance and leads way to some considerably awful experiences. It's a great idea in concept, but what some might find appealing doesn't work for everyone.

We're going to see a lot of really silly setups such as spawn trap based places and other maps that are empty. The validation isn't difficult to pass either as I had one neat map where everything would get stuck at random spots. Others were things generally didn't work and this really does need some sort of curation to make sure it works better going forward. I think the concept of what they're going for works for a short amount of time and possibly adds longevity with the user created content, but I'm not going to stick around long with the way it's been so far. I think there's some genius there with the tools they've given players to use, but right now it's a terrible time playing that Arcade with the random array of experiences you're getting. I also wasn't happy when my player level reset to zero.