This version of Buttercup is based on the recent PowerPuff Girls series and emulates the character very well in LEGO form. She features a large custom head and the mini sized half legs. It's honestly a very basic design and aside from the large custom head piece a fairly generic minifig. That being said, I'm sure there are fans out there interested in this custom piece as part of their collection. She also comes with the Mega Blast Bot, one of the honestly worst put together side vehicles in LEGO Dimensions. Aside from it falling apart constantly during construction, it cannot be realistically used outside of being a statue for the game. It's got an intricate and neat design though the functionally is not great. The colors are cool with a different selection of greens, but this stiff piece doesn't offer anything fun to play with.

In the game Buttercup is a strong flying character with melee abilities and the option to make a tornado. This tornado can be charged against options or just as a way to quickly move forward. She also has the ability to make a shield with a held down option. The Mega Blast Bot floats and has a held down blast ability, other than that it's somewhat useless. It definitely looks decent within the game, but doesn't offer anything too distinct as a vehicle. 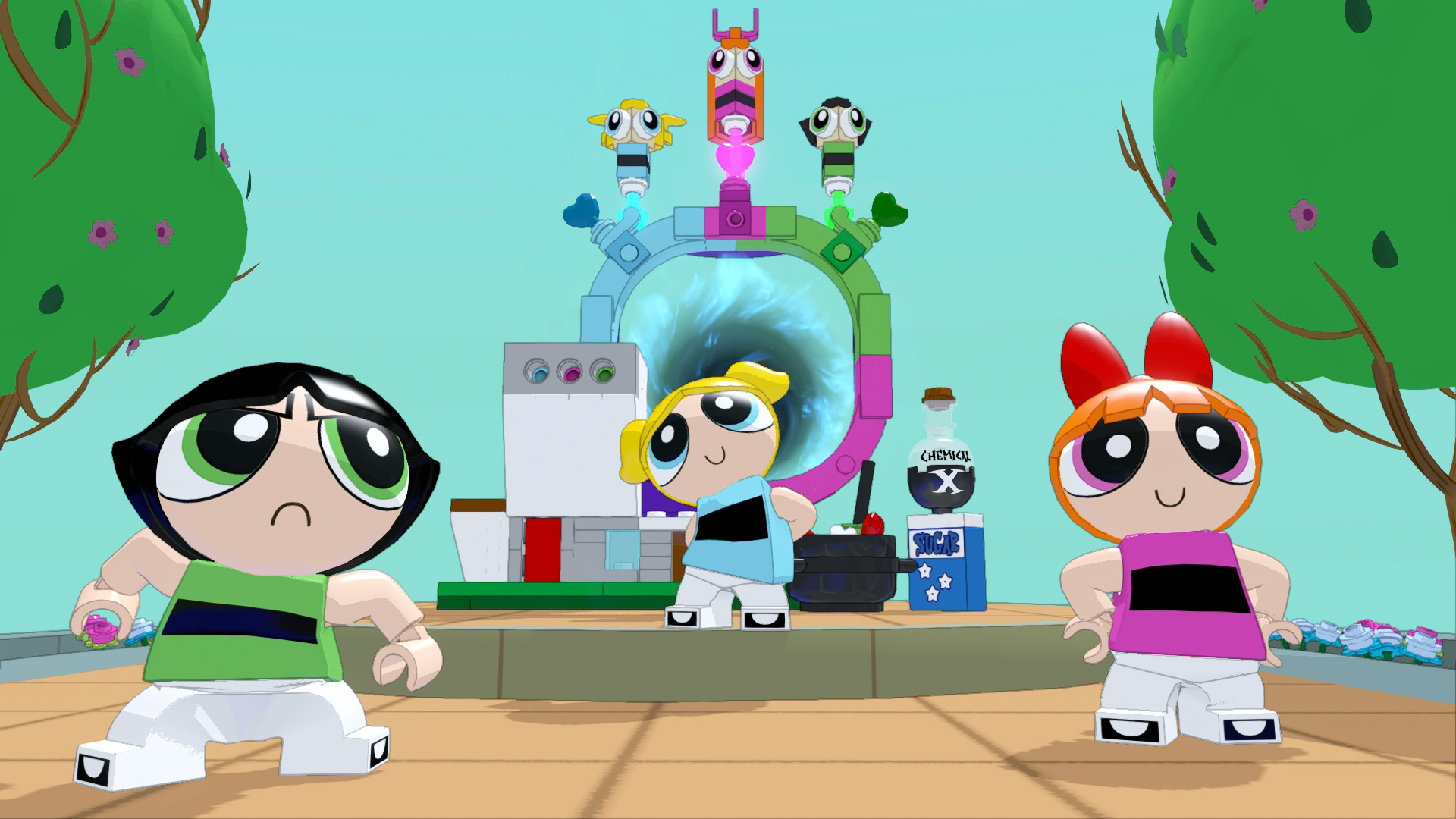 For PowerPuff Girls fans this is probably a solid addition to your collection, others might find better options with other packs. It's still a decent extra character for those that want a character that can fly or blast out some powerful attacks. The melee options are great, as is the tornado ability. The LEGO components side for this fun pack felt lacking, but in-game Buttercup does thrive. The robot on the other hand is useless in either side of the package. If you're a collector you'll probably want this for the head which is distinct, but the other parts of the pack aren't anything too extraordinary.

Check out our Buttercup Unboxing/Instructions/Gameplay Video