Starfire is a core part of the Teen Titans and this take on the character is from the new "Go" series. She's brought to life with a smile and happy attitude soaring across the sky. The fun pack includes Starfire and the Titan Robot vehicle. Starfire is well designed with a regular and surprised face for your choosing along with long flowing light purple hair. It's not anything too crazy, but very unique in style and exact to her character. The Titan Robot could function outside of being a part of the game and is rather cool. It's a somewhat simple design, yet still interesting and quite a thing to see. It does feel somewhat too basic though that works here for the design.

In the game Starfire is quite powerful being able to fly with a purple following trail. She can shoot lasers from her eyes or just little bursts if needed. She also has a held down purple beam ability separate from these each options. This comes together for what's a powerful character when generally moving around or attempting to attack enemies. The Titan Robot looks neat with a really cartoon-like face and regular LEGO body. It looks just like it does in LEGO form within the game while providing a hovering vehicle design. It doesn't do too much however just having a held down chest shot ability. 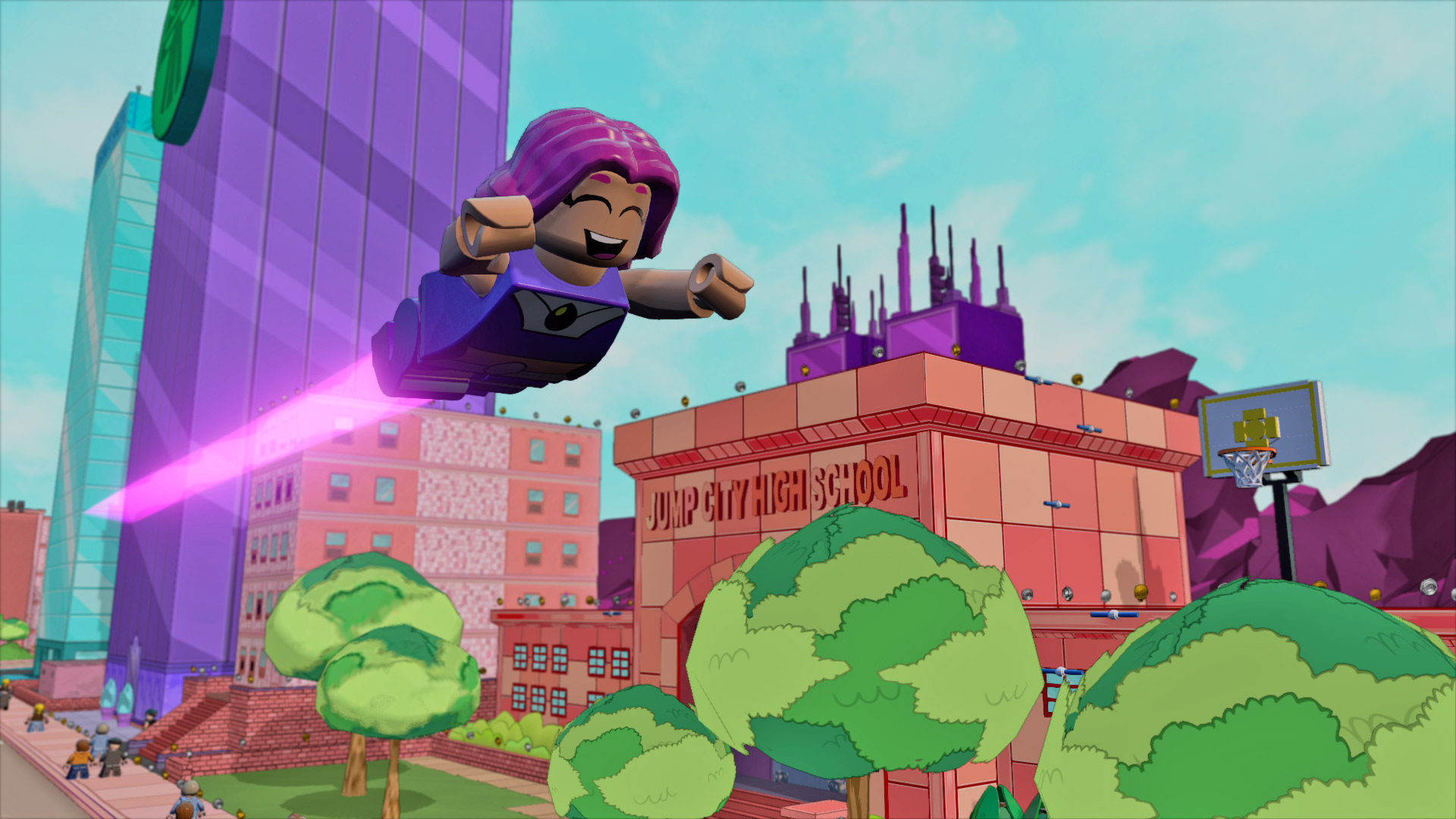 Starfire is a fine addition to your roster of characters with powerful attacks and the ability to fly around. The character is well designed whether that's the real minifig version or in the game. The robotic companion she has is also really cool looking. In the game it's got an interesting style though honestly a tad useless. As a LEGO component it feels simple, but is still a nice thing that can be used outside of the context of just being for the game. Starfire is a friendly face for the roster, I found the character to be perfectly emulated in the game and as a minifig outside of it which is nice for collectors.

Check out our Starfire Unboxing/Instructions/Gameplay Video