Injustice 2 gets yet another new addition to its roster with Black Manta, a very odd character. For those unfamiliar with him, this villain is the archenemy of Aquaman. In the game he takes on a more close range focused style requiring you to get close to place hits. There's a mix here of close combat jabs, laser eyes that usually focus on the ground and the occasional punch through the floor upwards. I felt that this was somewhat of a take from Starfire's character with the laser eyes only cut back for a couple close hits.

The ultimate attack is rather plain for Black Manta as he just sends some stabs in while pushing the character forward. I found that the character was hard to battle with as the hits were slow and had to be precise in order to do any damage. This doesn't particularly fit my play style though even past that there are many more characters that provide faster and better damage in a ways that's more efficient. 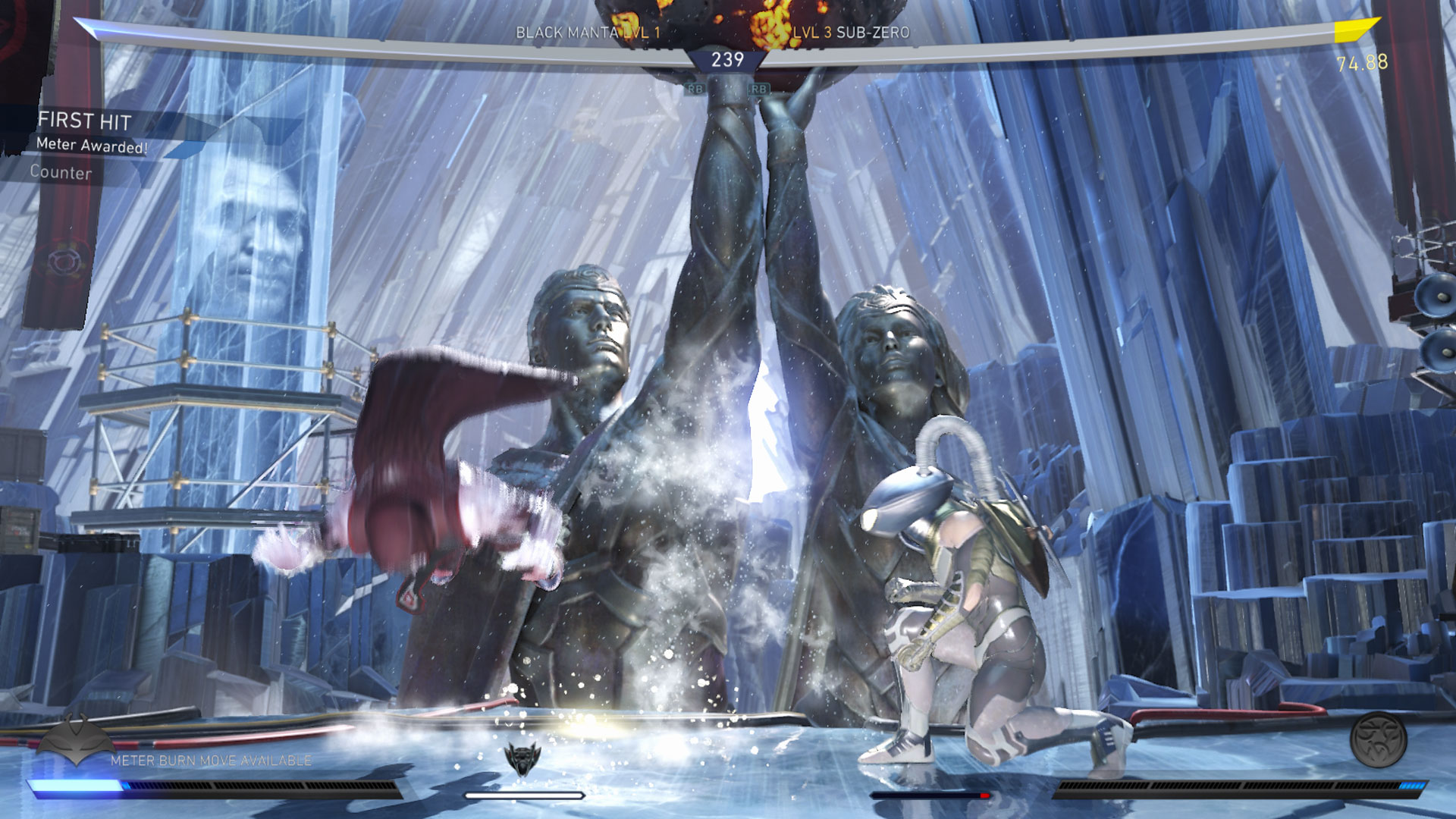 Black Manta is an alright addition to the roster, though honestly the worst character I've seen out of the pack thus far. The design of the character is very authentic, looking strange and yet really cool. Still, I wasn't a huge fan of the combat style finding there to be so many other options that provide better damage. This one is slow, doesn't do a ton of damage and has troubles getting hits in with a small melee range. The special he has is to use a jetpack which can offer a new level of verticality, but I found that it was difficult to get hits in from the angles. It sometimes still provided an extra option for getting a hit in, but didn't really fit too well unless you were against other floating opponents. Black Manta should be a nice surprise for fans of the character since it's so authentic to the comics, but for those that want another solid addition to their roster than this isn't the best option.