Injustice 2 continues to grow its roster with the addition of the Teen Titan's Starfire. I wasn't ever sure I'd see this character again after watching the cartoon so many years ago. Here we have someone that unleashes powerful rays and is basically just savage. She still carries the feeling of being a part of the team, but lonely now having lost everyone one way or another in this dark storyline. The character is less based on actual contact for attacks and more about blasting foes from a distance.

This creates an interesting balance of keeping your distance since an opponent could potentially just whale away on her. It's all about keeping a proper sense of space as to hit them since attacks come in a medium space and never getting too close. There's a nice soft spot that also helps to prevent hits from those that need close contact for striking. She's also got a great beam ability that charges quickly with some interesting combo moves. I was particularly impressed with the movement of throwing enemies and beaming them while they went down, it looked really cool. 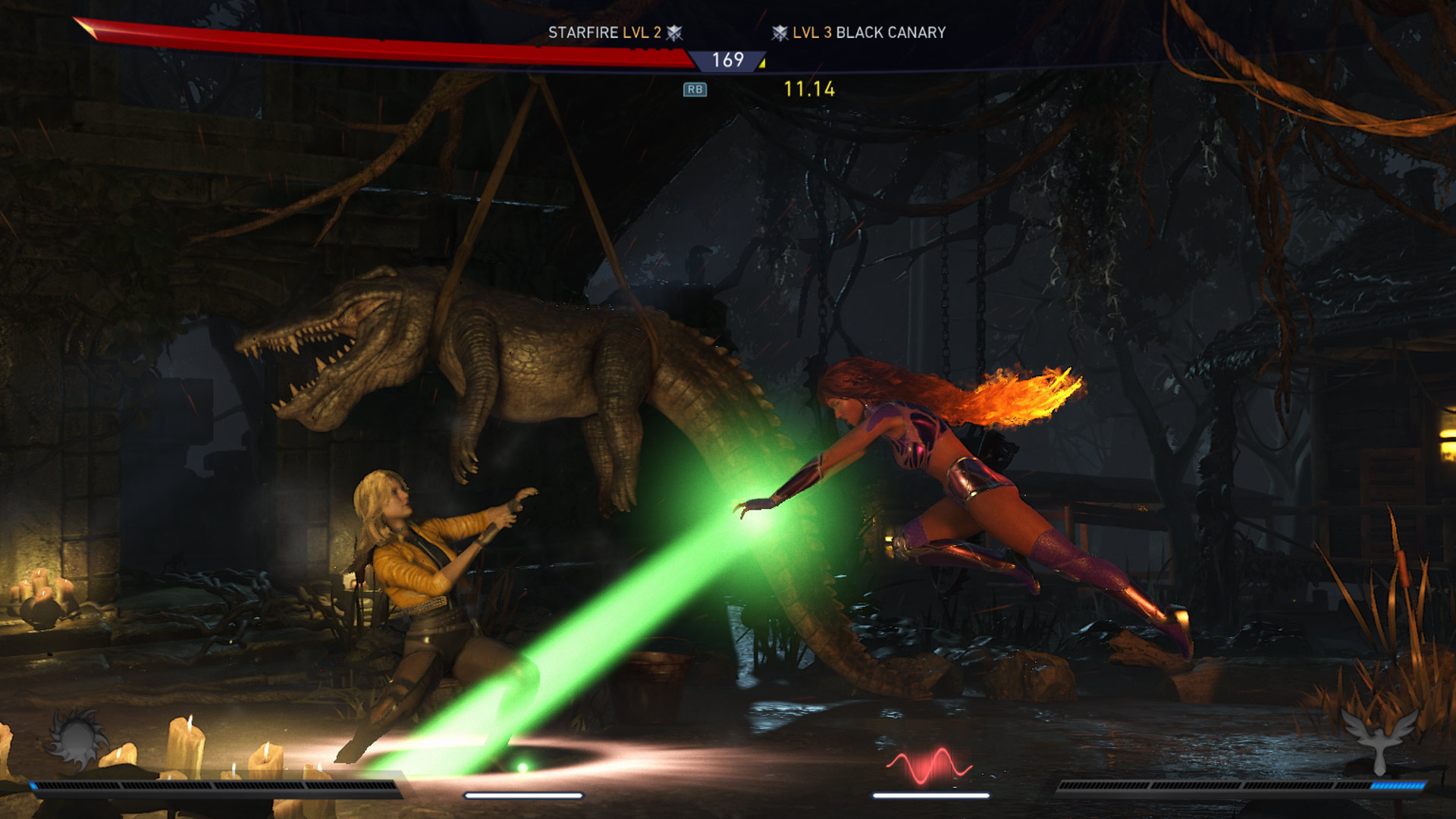 This version of Starfire was awesome and felt very unhinged while still keeping those core values true. She's got a certain badass vibe to her while blasting away enemies and was very interesting to look at with all the various particle effects she emits. I enjoyed the style of fighting she presented for Injustice 2, but then again that might not be for everyone. It depends on what type of fighter you are, for her it's less about direct conflict and getting in medium range strikes when it's possible. Starfire is yet another fine addition to the roster and really brightens up the selection of characters available.