The Fantastic Beasts and Where to Find Them Story Pack follows key points throughout the film capturing them in LEGO while adding the special charm from the series. The LEGO aspects were decent for the pack containing Newt Scamander and his escaped beast Niffler. Newt is a standard Minifig and you'd most likely have already obtained it if you're a fan of the movies. This being in regards to buying any of the Fantastic Beasts LEGO sets. The gold loving Niffler is a bit more unique being a series of smaller pieces, but I would have preferred to have a special mold for it. That aside the limbs can be moved so that it could be used somewhat naturally with other LEGO components. Being a story pack this comes with a new gate cover for the portal and this one is significantly better than the Ghostbusters set though once again not entirely interesting.

Following the movie it contains many of the key scenes almost matched perfectly to the film. It does add some variation to certain scenes which keeps it special. It also interjects that LEGO charm to scenes adding bits of laughter and random cross-overs from other series, that aspect however is toned down considerably in comparison to other past story sets. It was actually a really decent story that was presented in a great way that kept its pacing even while also having a good selection of puzzles while moving through it. I did have an issue with how much the portal was integrated into the set as it's not something I enjoy in LEGO Dimensions. That aside there was good variety within the portal puzzles ranging from creative builds to lock picking with the special twig type character. There's also a full hub once again that features a classic New York that actually emulates the unique time piece well while also having a series of colorful buildings to move by. 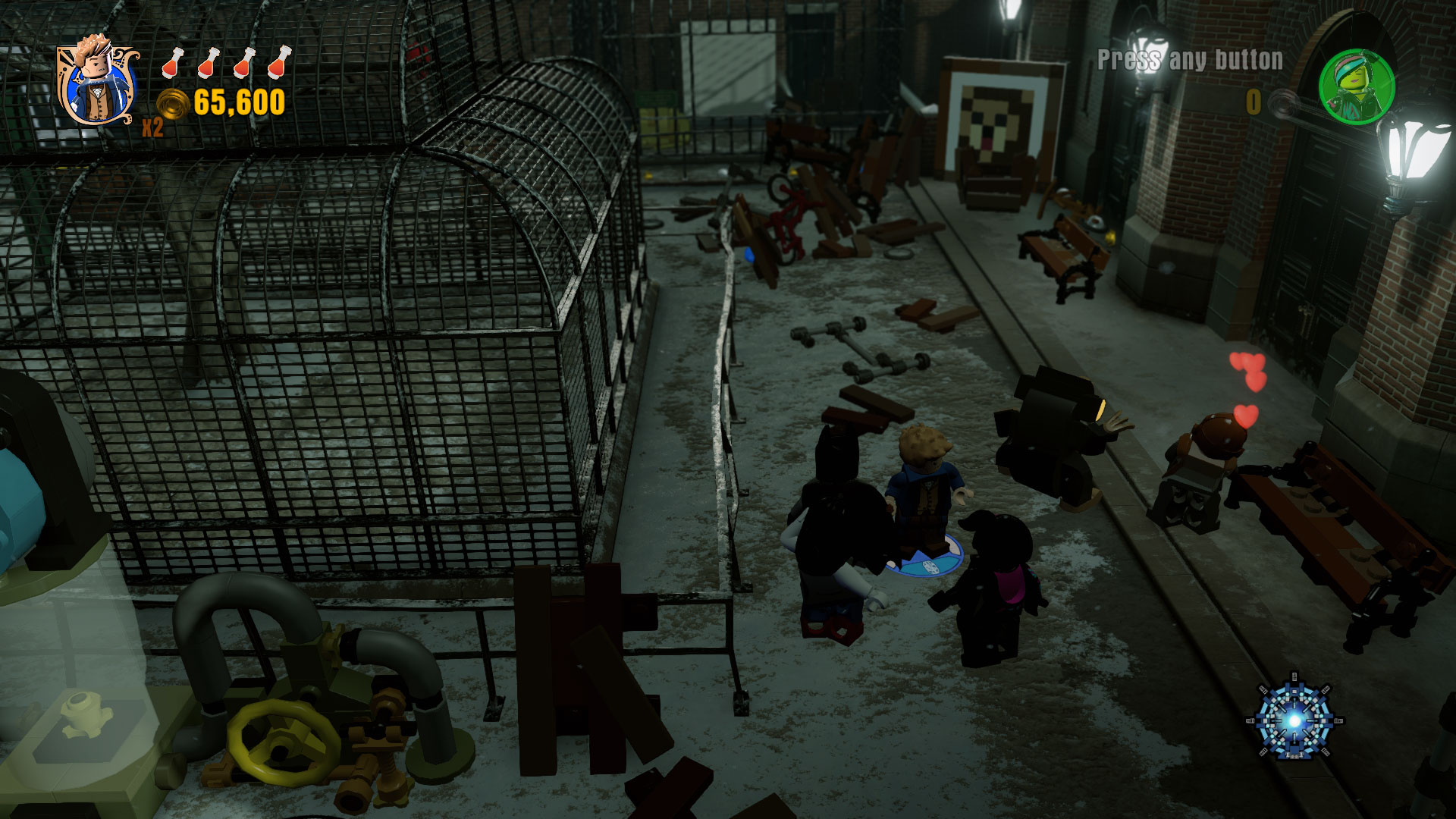 The Fantastic Beasts set is a great story pack that adds an exciting few hour adventure that goes through the movie. It captures key scenes from film perfectly well while also expanding on others and adding some of the LEGO charm into the mix as well. The LEGO components were decent, yet quite honestly still left a lot to be desired. The hub world was also well done bringing the backdrop of the film to life and having a number of iconic locations to visit. I really enjoyed playing through the pack with my only issues being the LEGO components and the quantity of portal puzzles. If you liked the movie you're sure to love the set and even other regular Dimensions players will enjoy this expansion.

Check out our LEGO Dimensions Hub