Sonic is one of the most classic characters in gaming and since his glory days has had recent darker decades. With this LEGO Dimensions take on the character we're greeted with the best take on Sonic in years. The LEGO components are fantastic for this pack perfectly capturing Sonic and providing two classic vehicles. The Tornado is a great take on the Tails' vehicle though not quite something that would be ride-able outside of the game. The Speedster on the other hand is well known from the karting series and a functional vehicle for your Minifigs. Both of these vehicles are well done capturing a unique aspect of the Sonic franchise. The Sonic Minifig is truly one of a kind with a special head that you can get anywhere else. This version also captures what I would say is the most true iteration of the character and comes with a signature large ring.

The level started out amazing with the first ten minutes being a glorious run through the history of Sonic. I was pleasantly surprised by this aspect as I had the feeling they really got this character unlike SEGA recently has. Things then took a bit of a turn for the worst with some level breaking glitches where I had to restart things and awkward death zones. It was nice to see a circular run at the end of each level for bonus studs as that was fun. I did however have an issue with the levels being filled of boss battles with Eggman as I would have liked more focus on traditional Sonic levels. Some of the boss battles were also rather boring and repetitive, though they did throw in a nice mix of classic characters. The starting levels were incredible though filled to the brim with colors, speed and layers that felt so true to the series. 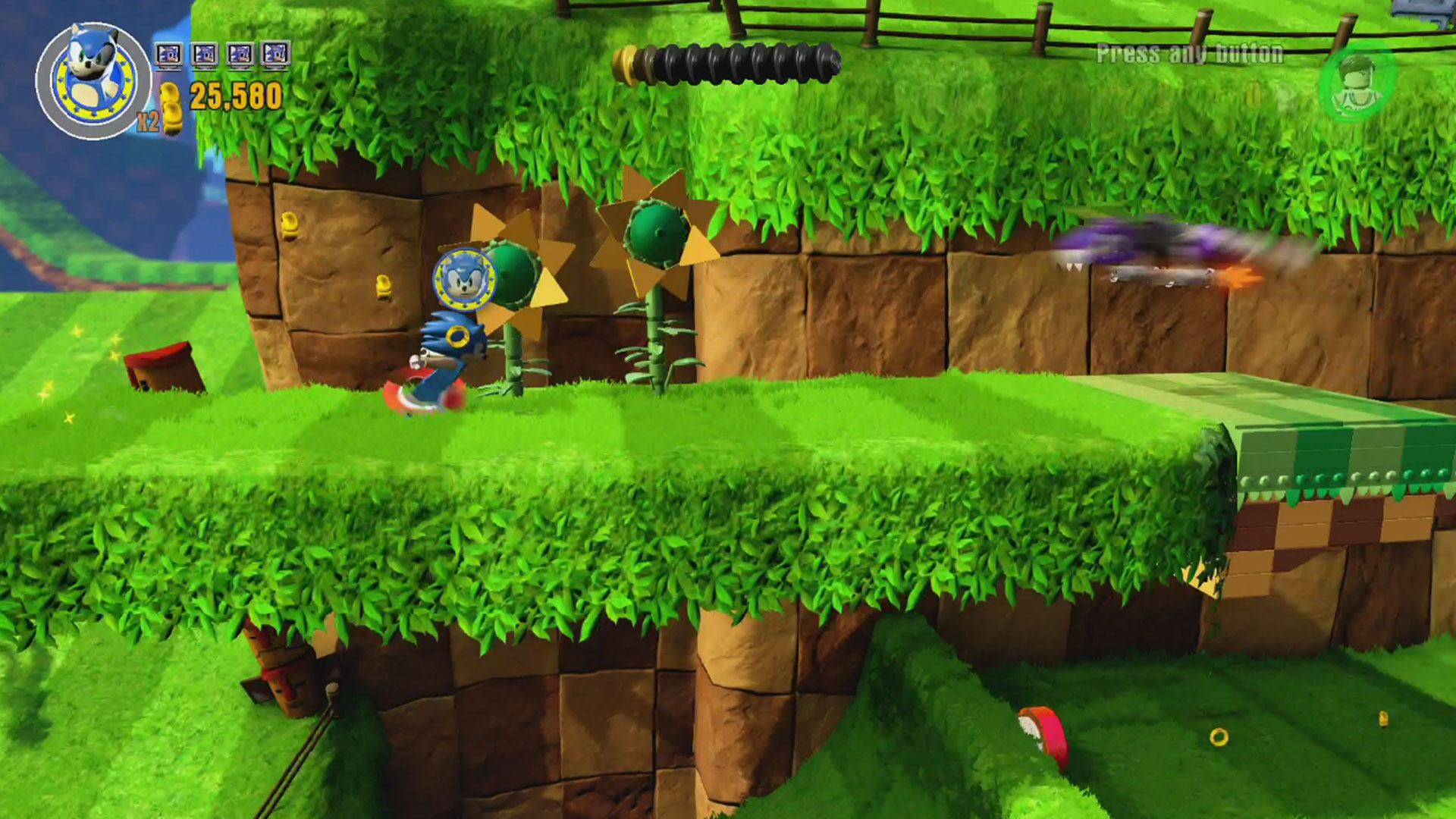 The Sonic the Hedgehog level pack brought Sonic to LEGO in perfect form capturing the character well and being must have piece if you're a fan. The other vehicles were also well done being nice additions to any collection. The story of the pack was decent providing an amazing opening that made Sonic feel more alive than he has in years for me. The later portions were also alright, yet a bit generic and repetitive in nature. They really need to focus on more puzzles in these level packs or even action scenes as it's starting to get a bit stale. They captured the world of sonic well at first and decided to go a different way with it after that didn't quite hit the mark. I did however love seeing most of the Sonic cast show up in the game and now I must have the rest of the cast in LEGO form. They did such a good job capturing everyone else in the universe and hopefully we haven't seen the last of this blue Hedgehog's friends.

Check out our Sonic the Hedgehog Unboxing/Instructions/Gameplay Video