The Adventure Time Level Pack brings us to the Land of Ooo as Finn the Human and Jake the Dog set out on two distinct adventures. On their first mission they aim to take out a dark spirit and in the second they chase after an escaped dangerous creature. Included in the set is Finn the Human; a unique LEGO Minifig that features his distinct sword, backpack and special hat. This is truly a special piece for fans of the series capturing the character incredibly well and I can see collectors grabbing this set just for that. Joining Finn is the Jakemobile and the Ancient War Elephant. I found the Jakemobile to be somewhat useless as it only has front wheels and feels like a novelty. The second vehicle type thing is the Ancient War Elephant which is a floating weird Elephant creature. It's actually a great looking little piece that's quite intricate and entirely unique in design. These vehicles also have three different variations that are unlocked within the game.

This level pack includes a set of two adventures in the Land of Ooo bringing a quest to tackle a dark spirit and the second has them chase another that gets awakened. It feels as though these fit into the universe quite well and some of the characters from the show do appear. This was slightly limited though so don't expect too many cameos or even appearances from regular members. The story was good being an entertaining and funny adventure in that magical place. It's about an hour in length providing a cel shaded world that feels as though it's from the show and for fans of the series this should be a treat. Finn also comes with his full array of weapons that each have a distinct ability and it was nice to see all of them be available despite not all coming into the level. The Jakemobile functions as a regular car despite lacking a second set of wheels whereas the War Elephant is a blast to ride as it floats around shooting a sizzling blast for melting objects. 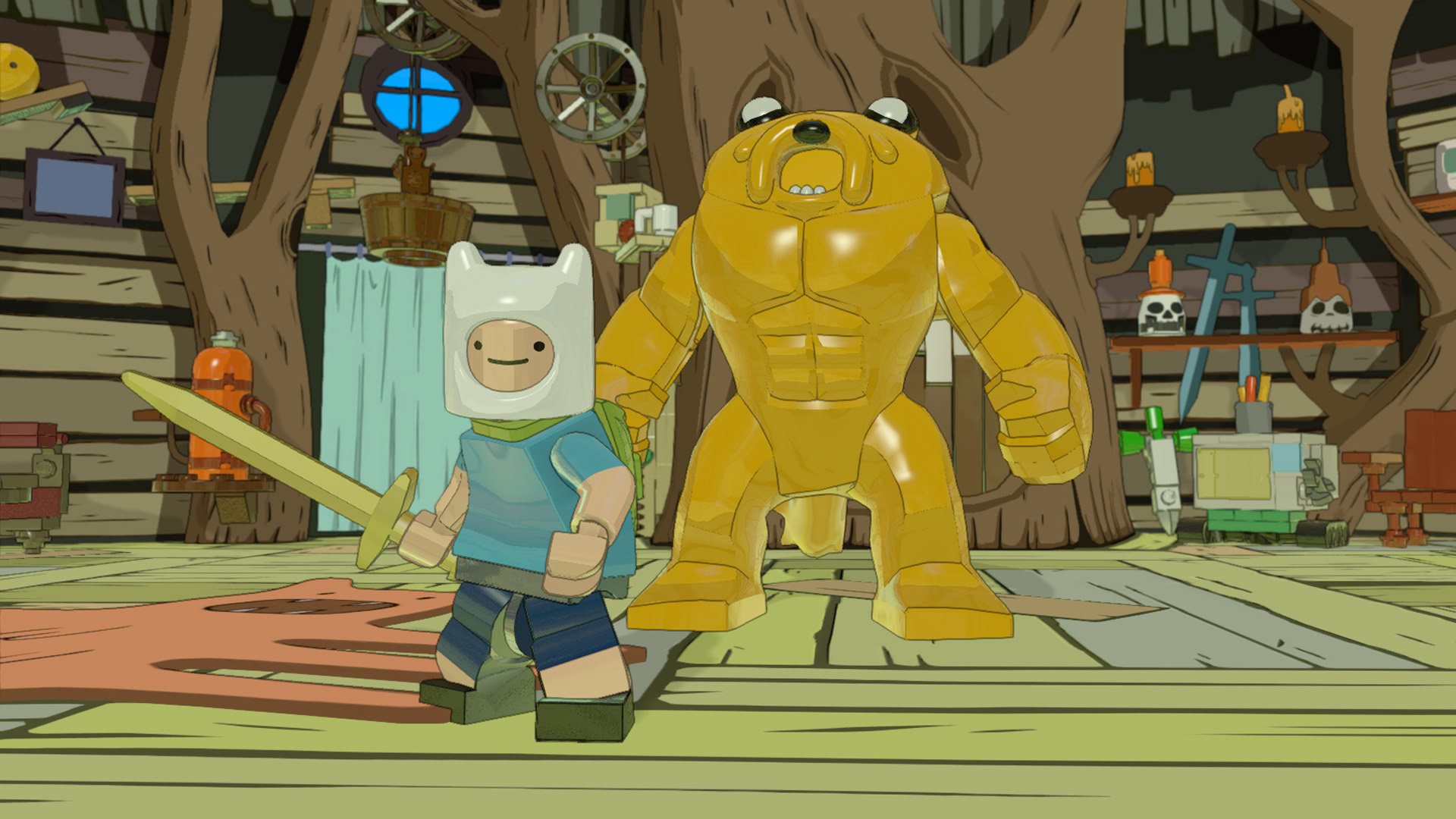 
The Adventure Time Level Pack is a great addition to anyone's collection, particularly those that are fans of the show. Not only is the level a great adventure, the actual LEGO components are also well created and the Finn Minifig is a special piece for sure. The level packs a full hour of gameplay capturing the show well and creating a good set of laughs. It wasn't the strongest of LEGO levels I've played with the boss fight being bland, but it captures the spirit of Adventure Time and a small portion of its universe.