The first paid for DLC map pack of Outer Rim was decent, but not what I was hoping for in Star Wars Battlefront. With that we now have the second major DLC pack of Bespin which brings five maps from the beautiful Cloud City. My expectations were truly blown away by this pack as the maps are absolutely amazing. Not only in their design, but the authenticity to the location and the scale presented in each. They look just like they're from the movie without being too focused on nature, there were even many classic locations from the Empire Strikes back that are viewed while in combat. The largest of these maps is simply called Bespin being a huge open area taking place below some of the massive Cloud City buildings. It's just this huge area filled with tunnels to move through and smaller side buildings to capture objectives in. I had some issues with the lack of cover in the middle, but it works well for most playlists and the scale is incredible.

The next map is the Administrator's Palace which I believe is my favorite in the pack that takes place right up in the clouds. It's mostly an interior area filled with hallways that the movie heroes moved through and surrounded by open area sky platforms with a breathtaking backdrop. The third map is the Bioniip Laboratories which is another one of the outdoor type maps taking place near the floor of the city. This map is a mix of some indoor sections followed by an outdoor courtyard that's filled with differing levels and cover to move through. The final infantry based level is the amazing Carbonite-Freezing Chambers which are areas literally right from the movie including where Han Solo was frozen and where Luke battle Vader for the first time. It's dark in one of the chambers, but the other one is lit up in full carbonite mode looking great. Aside from those four maps there's also a new Fighter Squadron level called Bespin Airspace which takes place just off in the distance from Cloud City. It's a large, beautiful air space filled with some small floating tour structures and it does looks incredible. 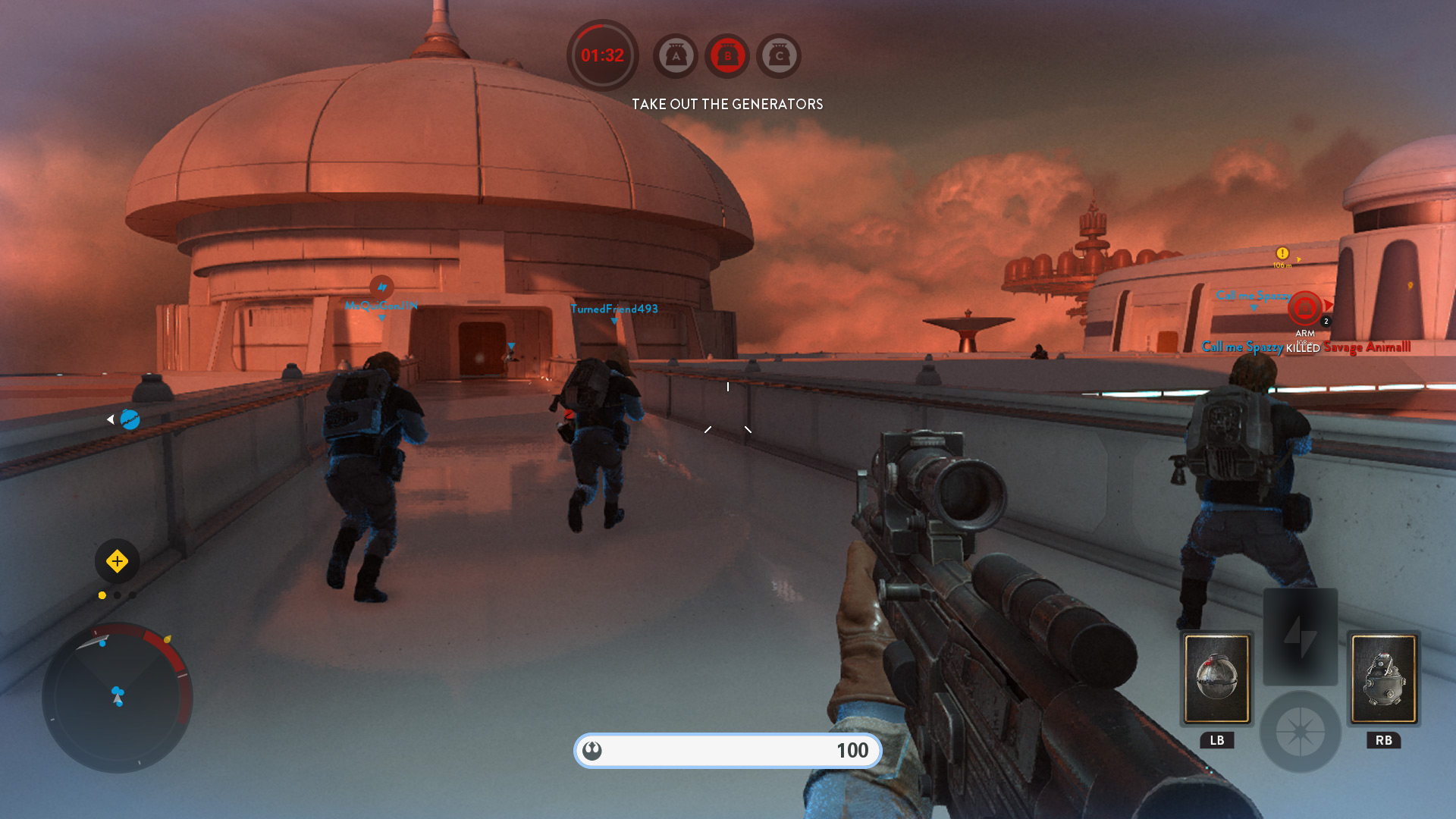 Moving on from the maps the DLC also includes a pile of new features and adjustments to the core experience. Up first we have two new heroes; Lando Calrissian the well known smuggler sporting his styled pistol and Dengar the bounty hunter which I honestly thought was an odd choice. Lando was another reskin of Han Solo with a number of similar abilities to those characters. Dengar was a reskin of the heavy stormtrooper sporting a mine throwing ability, a melee hit and rapid fire turret setting, not my favorite hero. They've also added the Cloud Car which is unique to Bespin and those were fun to fly around in though a bit weak. Other additions are the X8 Night Sniper; EE3 blaster, Scout Binoculars, Shock Grenade and pesky Disruption waves. As with the other DLC packs we also get the new Sabotage mode where one team attacks bombs on Cloud City and then attempts to evac. It's a very awkward mode that makes the big push at the start somewhat worthless as the evac rarely wins. I wasn't a fan of the mode having played it a handful of times as it's more heavily weighted in the Bespin playlist. 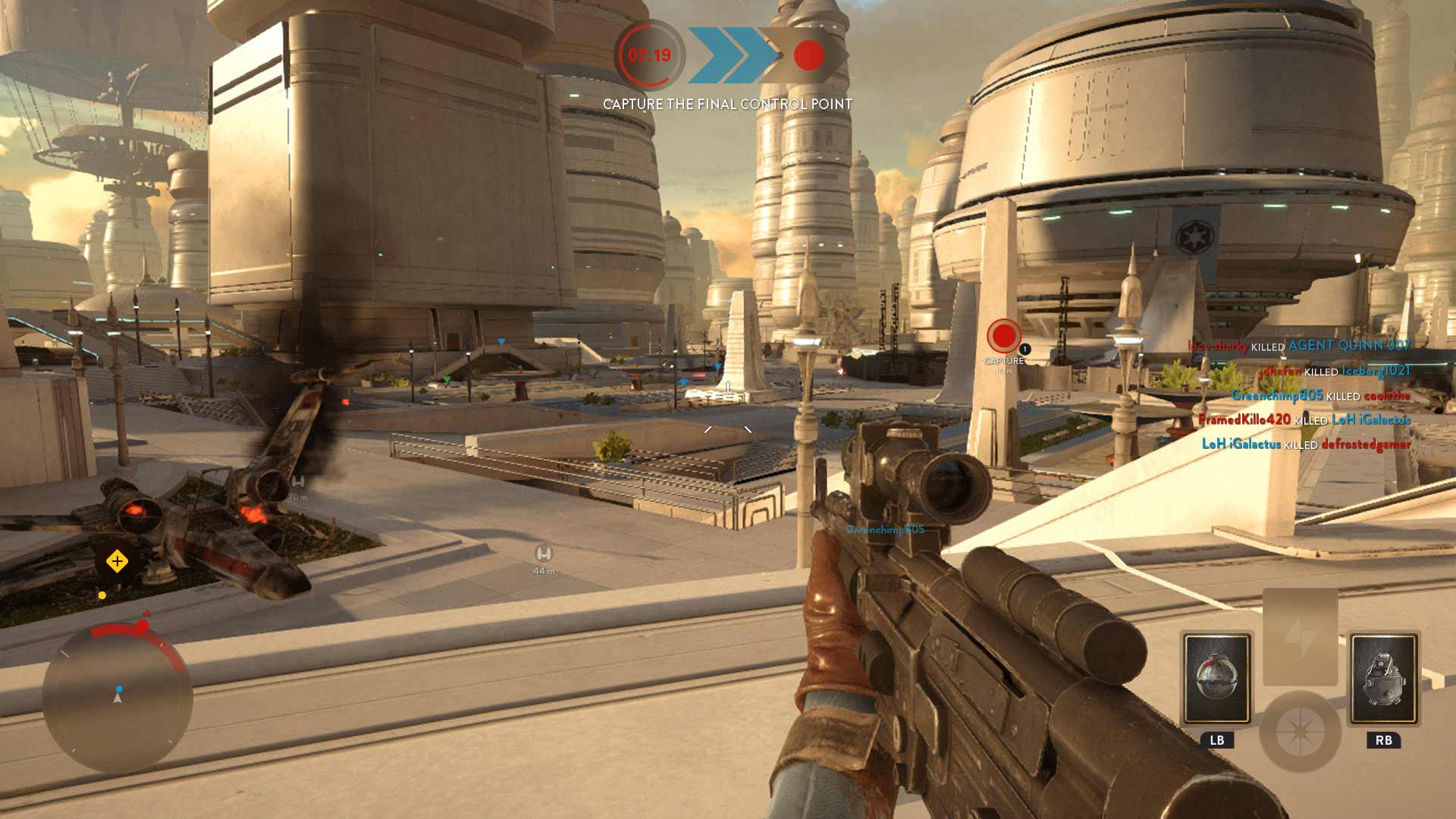 Star Wars Battlefront: Bespin was an amazing DLC pack not only in that it brought us a handful of well done maps, but that it was authentic to the movies and didn't just give us plain natural environments. For fans of Empire they will love exploring these maps and general players will also love the new selection of Cloud City levels. I wasn't a fan of the Sabotage mode and the other weapons weren't great, but I'm sure some will appreciate the new items. It was also great to see Lando get some love in Star Wars for once though I'm quite in wonder of why Dengar was picked of all the characters in this massive universe. I thought this was a stellar DLC pack and one of the best I've played from DICE. It brought five unique maps that captured the spirit and design of Bespin well, so I was quite pleased with that. 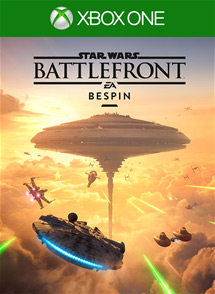