Star Wars Battlefront has seen some solid free maps since its release, but the moment we've been waiting for is here with that being our first taste of paid for content. Originally I had complained the game lacked enough content at launch and honestly it's been getting better. With this paid for pack we're given four new maps which take place on planets we're well acquainted with the regular game so the scenery hasn't changed much. The maps are suited towards the smaller side of the game so sadly the larger modes don't get any extras with this pack. Each planet Tatooine and Sullust provide two maps for the pack which carry similar themes. The Tatooine levels take place around Jabba's Palace with one of them being a barge docking area and the second taking place directly at the core of Jabba's Palace. These two maps are decent offering more narrow battlegrounds, but are honestly the weaker of the map pack. I was also thoroughly disappointed at the size of the Rancor pit as it was too small told such a monster and also didn't include the creature at all. The Sullust maps are much better featuring larger spaces around a refinery area with a beautiful molten backdrop. These levels were also mostly larger feeling like traditional maps and the one on the side of the cliffs was great though a bit too linear at places for more direct combat. 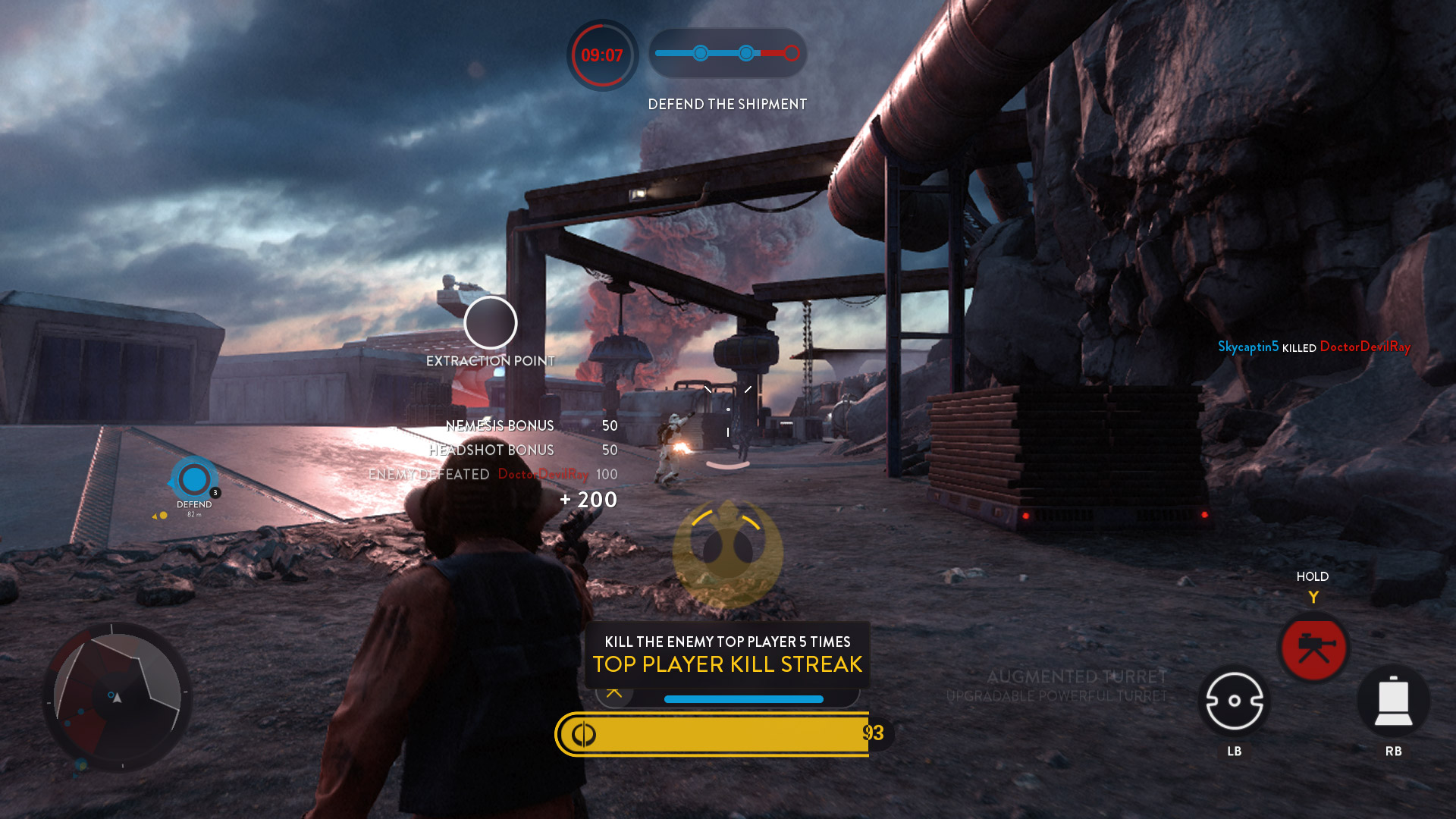 The map pack also includes some extra content as well which I'll detail below, but I also wanted to take the time to mention that this review does not include any of the upgrades that were made alongside this release. Weapons or tools included in this pack are the Relby V-10 rifle; DT-12 blaster pistol, Scatter Gun, Dioxis Grenade, and Adrenaline Stim Star Cards to help round out the items available in the game. The game also includes two more iconic side characters called Greedo and Nien Nunb with one for each side. The characters are well designed to their appearance in the series and it's nice to see some side characters show up as well. I was however very disappointed that these two characters were just reskins of Han Solo featuring very similar pistols and the abilities were mostly just recycled from what regular troops pick up. Nien Nunb was given a pulse rifle, turret and a mine which are not at all special. Greedo is the other side with a gas grenade, a multi-target ability which charges and an enemy vision reveal ability. A final addition is the new mode called Extraction where the Rebels attempt to move precious cargo to an escape ship whereas the Empire attempts to stop them. 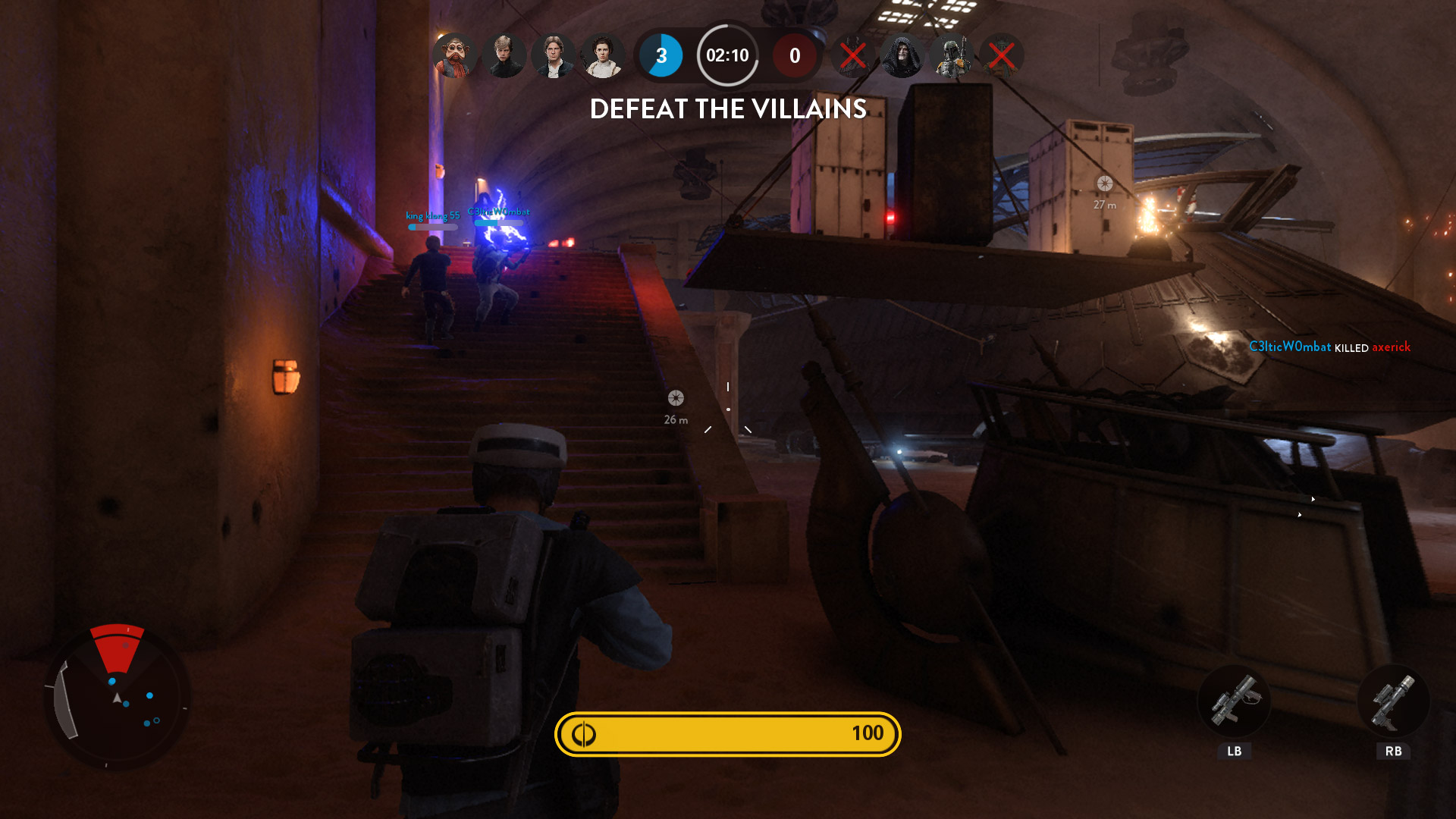 The Outer Rim pack doesn't take us anywhere new in this massive universe, but it does provide a nice set of additional maps for players to battle it out on. The maps obviously look stunning as everything in Star Wars Battlefront does though they're all smaller in size and felt too narrow for this game. Each of them still play well enough though, but many strategies will need to be changed to accommodate the mostly indoor environments. The extra items are also decent enough adding a wider variety of tools for players to unleash each other though I'm still more of a default trooper personally. It's also nice to see some new heroes thrown into the mix and especially some of the side characters from the universe. I was however disappointed that they were mostly just reskins as better variety was needed for the cast of heroes. I wasn't entirely too impressed with this pack as I found the free DLC maps to be much better than what's offered here and hopefully future maps have a bit more of a wow factor to them. At this point the pack gives you some more maps though nothing new in terms of environments for just an alright expansion pack. 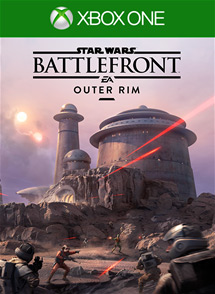