"In a Half Shell"

This is by far the best addition to the Injustice 2 roster with the Teenage Mutant Ninja Turtles being amazing. This pack brings the full squad into one awesome single character package. You're able to choose any of the turtles you'd like to be with each weapon selection being present and then battle as a pair. This plays out by choosing, say Leonardo as your primary and then during a match unleashing the other turtles to help out. They unleash various attacks based on what you're doing and offer a fun assist. Raphael may come in to quickly do a throw based attack whereas Donatello may slap down his stick and of course Michelangelo can board in.

I was blown away not only by the quality in detail, but how they fit in perfectly with the game. They're dark in style, yet still carry that childish fun you would expect from the turtles. This is in perfect balance, as is the combat. You get a selection of excellent moves that can pack a punch. Use traditional kicks, movements or attacks with whichever turtle you have selected. I primarily used Leonardo as he is my favorite of the bunch, but if you like any of them you can choose them. 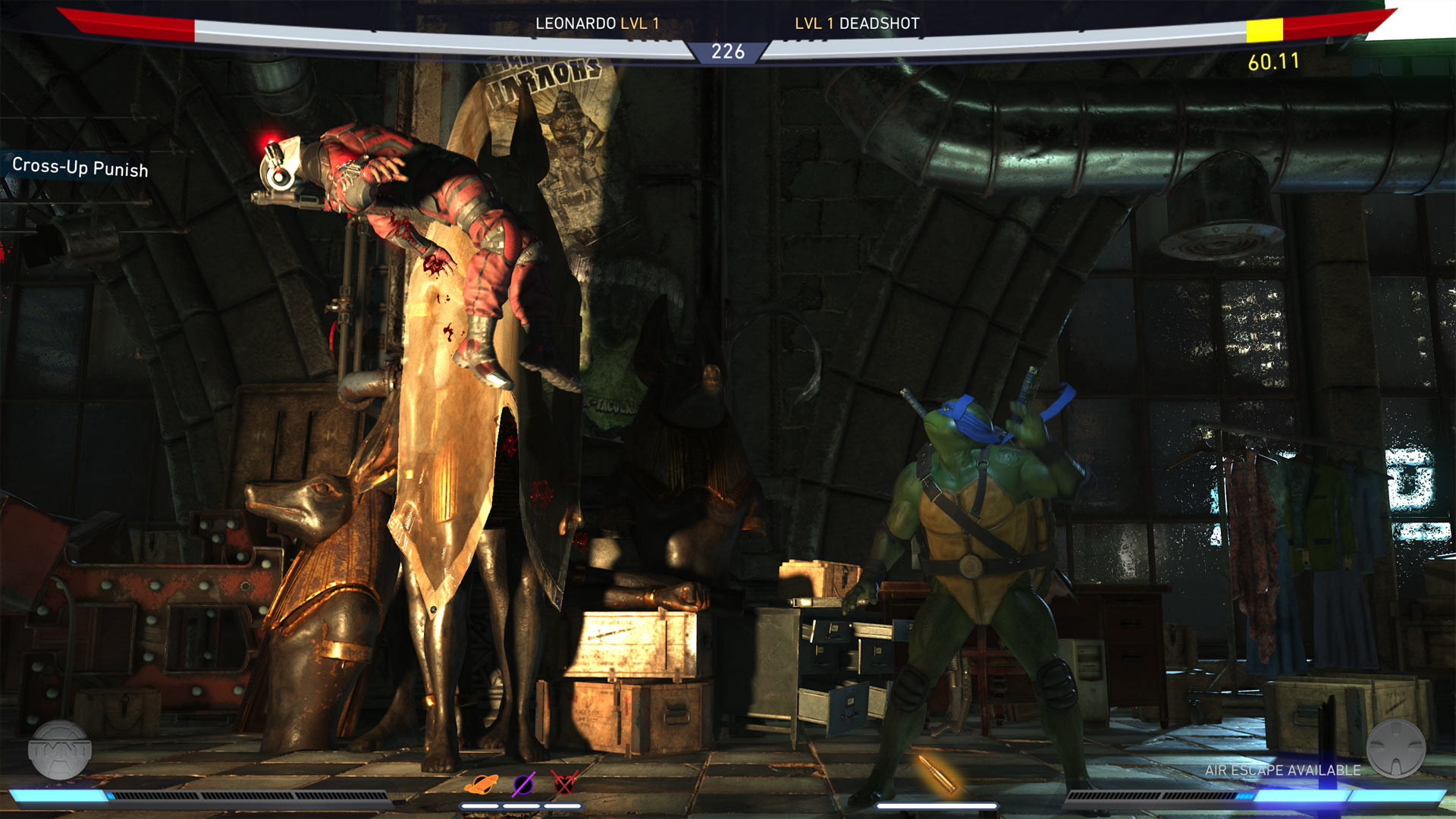 I was truly blown away by the quality and care that was put into the turtles. They all fight great and it's almost like having four characters in one. You can play as your favorite of the bunch with their unique weapon sets and call in the others to assist during combat. They're a bunch of fun, high fiving or cracking jokes during battle and a joy to play as matching the tone of the game well. While they carry that dark style, they're still the light hearted turtles you love and they found the perfect balance. They all look fantastic, while being rather gritty in appearance.

The combat is excellent as you work through a number of authentic to character moves and unleash some deadly strikes that one could only say cowabunga to. The team's special is spectacular and it was great to see pizza integrated into their battles. They nailed this particular pack that provides the most value out of any character while adding an amazing addition to the roster. I'm very surprised how well this group turned out as while I was intrigued, I was worried to see how the turtles would fit into Injustice 2.