Enchantress is a mystical addition to the Injustice 2 roster that presents a double character almost. You get the presentation of her regular self (June Moone) and then the transformation into an evil witch of sorts known as the Enchantress. It's well displayed in her opening and adds to the creepy element the character represents. In combat she has a mix of slow and fast paced attacks. There's a summoning of a creature to attack while you move around and even a quick dash option in the air that can be helpful.

The combos she unleashes can be deadly, but again many aspects of her attacks are slower and then fast paced once they start landing. The particle effects for her design were particularly interesting here and very flashy to see unleashed. You could see this with a glowing sword or a swinging fist from the sky. Other attacks carried these bits of green magic as she sends out blasts or makes strikes. The ultimate attack was another great aspect as she pulls out any character's essence or soul to have it attack them. 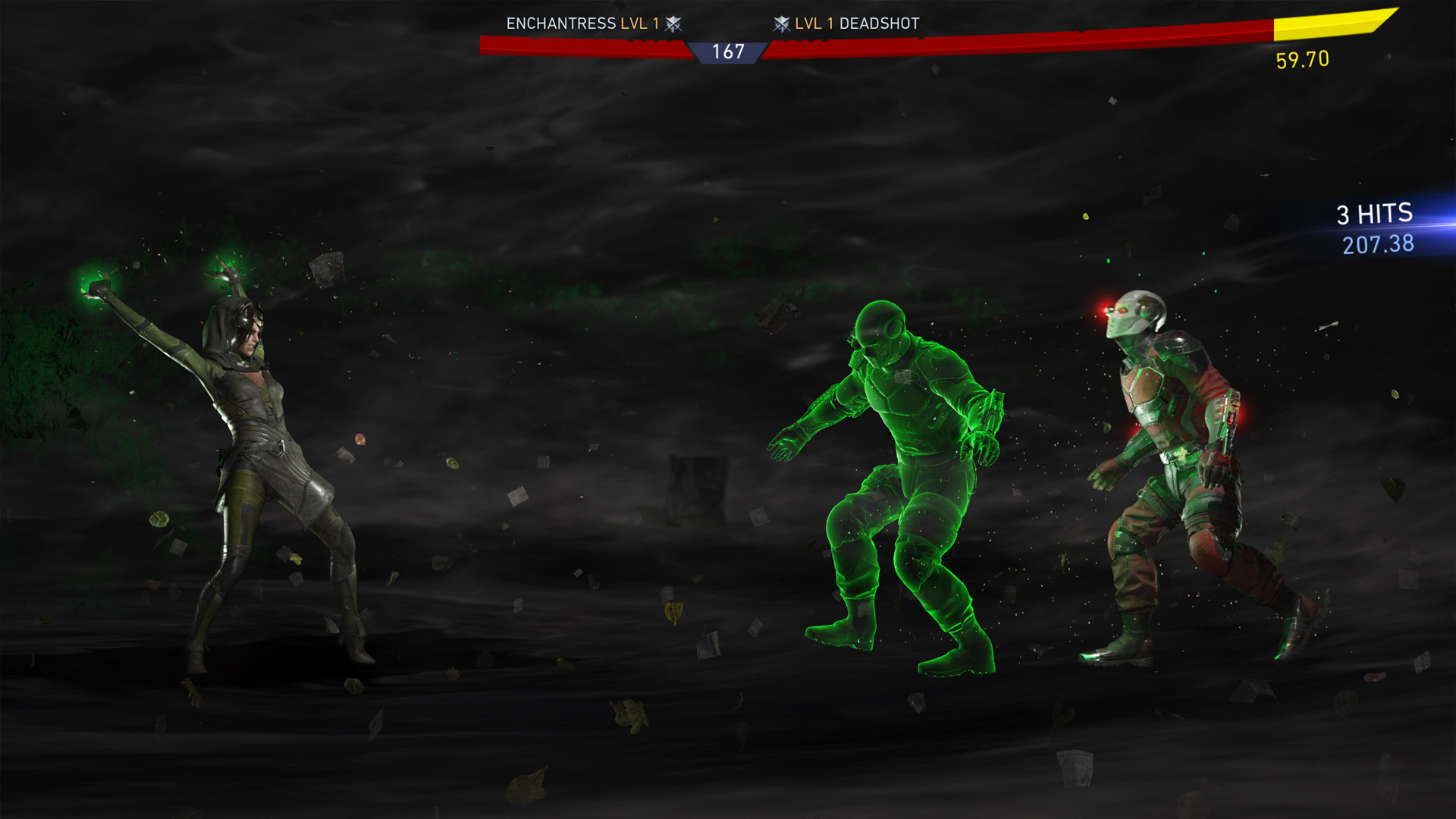 I found Enchantress to be another excellent addition to the roster. It might take a couple matches to get used to her, but she's most certainly a powerful entity within the game. It's all about getting used to her chained abilities and then unleashing the helpful friendly spawn to assist when an enemy as you backed up. The particle effects at play were enchanting and looked very flashy when they were brought together. There's a nice mix of hitting at the right moment to get a string of fast attacks while being patient since it can be slow to get her going. Enchantress is definitely one of the better characters in the season pass and an enjoyable option to use.