Dead by Daylight: A Nightmare on Elm Street Review

A Nightmare on Elm Street hits Dead by Daylight as you can now take hold of the iconic character of the series as well as enjoy two other pieces of content. To focus on the highlight of the pack, the killer Freddy Krueger joins the roster as this creature of pure nightmare. Unlike traditional characters he doesn't directly attack players instead sucking them into a nightmare. It's an interesting mechanic and somewhat fun since I could get close without them knowing it to surprise suck them away. It was some of the most I've had as a killer thus far in the game as it was just different. You move around shaking your knife fingers and getting ready to strike anyone you come across.

It's a blast getting them into the nightmare as you occasionally get location glimpses and can just unleash a fast strike against them. Aside from the character you also get a new map titled Badham Preschool which is generally a creepy offering. There are two levels to it, a ground floor and a basement in most situations. It's a school with a small outdoor sort of playground area, another nice addition to the overall game. The final part of the pack is a new survivor called Quentin Smith with perks Pharmacy, Vigil and Wake Up. Really nothing too special with him, yet a decent scavenger for items and waking folks up in certain ways. 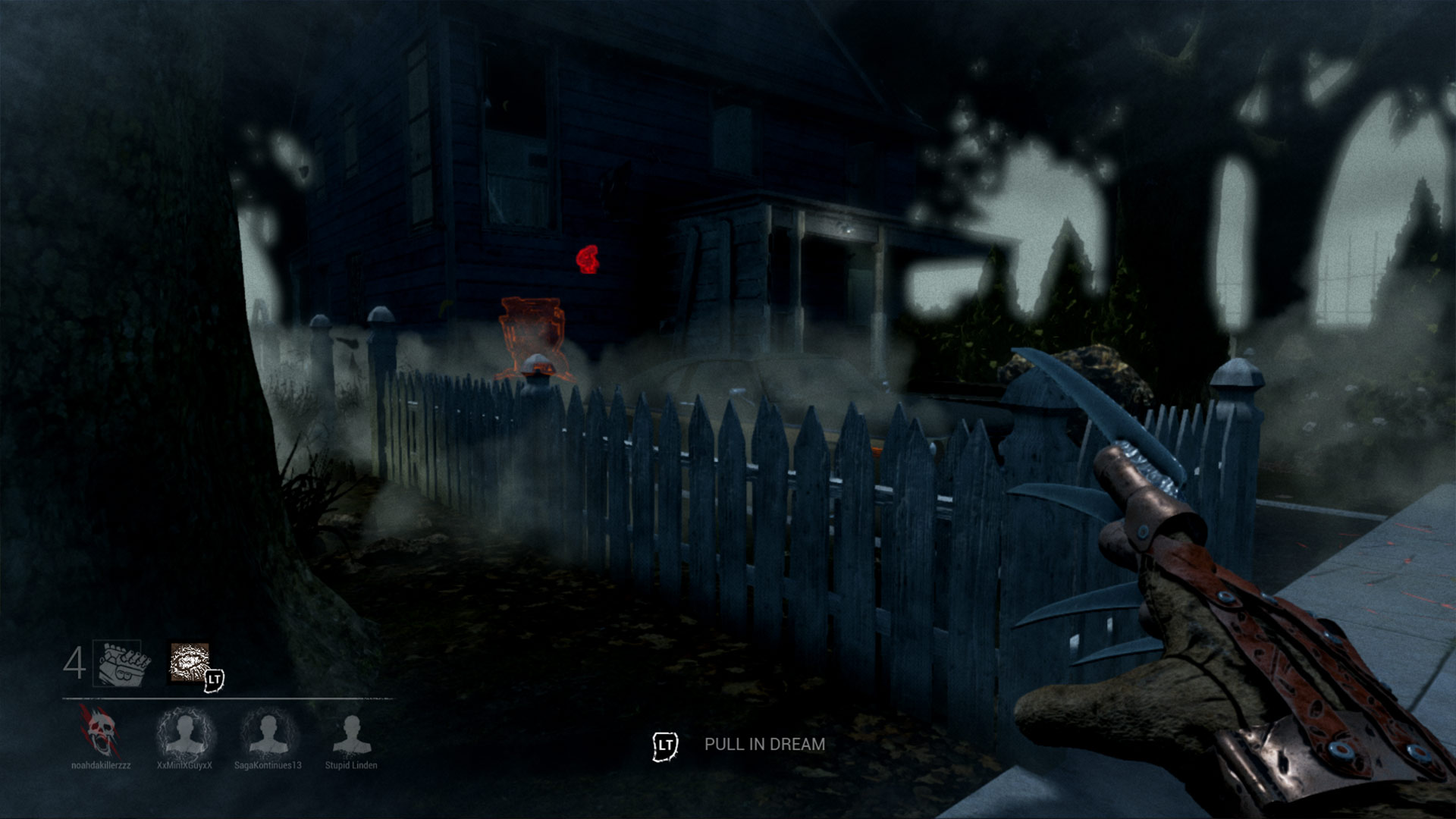 I find the addition of Freddy Krueger to be an awesome one as he's a really fun killer to play as. He certainly did some crazy damage while I was using him and it was easy to decimate poor teams that were in the way of my goal of winning. While simple, he does have some neat abilities while being something creative and new in the roster of characters. The map was well done being a fine addition to the roster and while I wasn't big on Smith I can see how his abilities might be a good addition to a general team. The main attraction here is Freddy and he was a treat to hunt survivors with.