Raiders of the Broken Planet is a cooperative third person shooter with a focus on narrative. It's also an episodic adventure so I'm now jumping into the second piece of this content titled "Wardog Fury". I'm not sure why I came back, perhaps it's a desire for internal sorrows or a hope that it might run better. Things are actually slightly improved here, matches would sometimes only take a few minutes to connect. This is in comparison to the over twenty minutes before though a number of matches did indeed take ten to twenty minutes here as well.

At the end of the game they'd always disconnect and I had numerous connection to the live services issues. What should have taken a couple hours wasted a lot more of my time. In this campaign you get four more levels which I actually quite liked the layout of. There was a mission where you're grabbing gas canisters to cause damage to tanks, another about charging up portals and a massive ugly boss (a good ugly). The second mission which I didn't mention was on barges and a complete pain in the ass to complete. This was also apparent with the end boss, the levels are just too hard for a crew. Layer the ridiculous antagonist real player on top and it's just ridiculous. 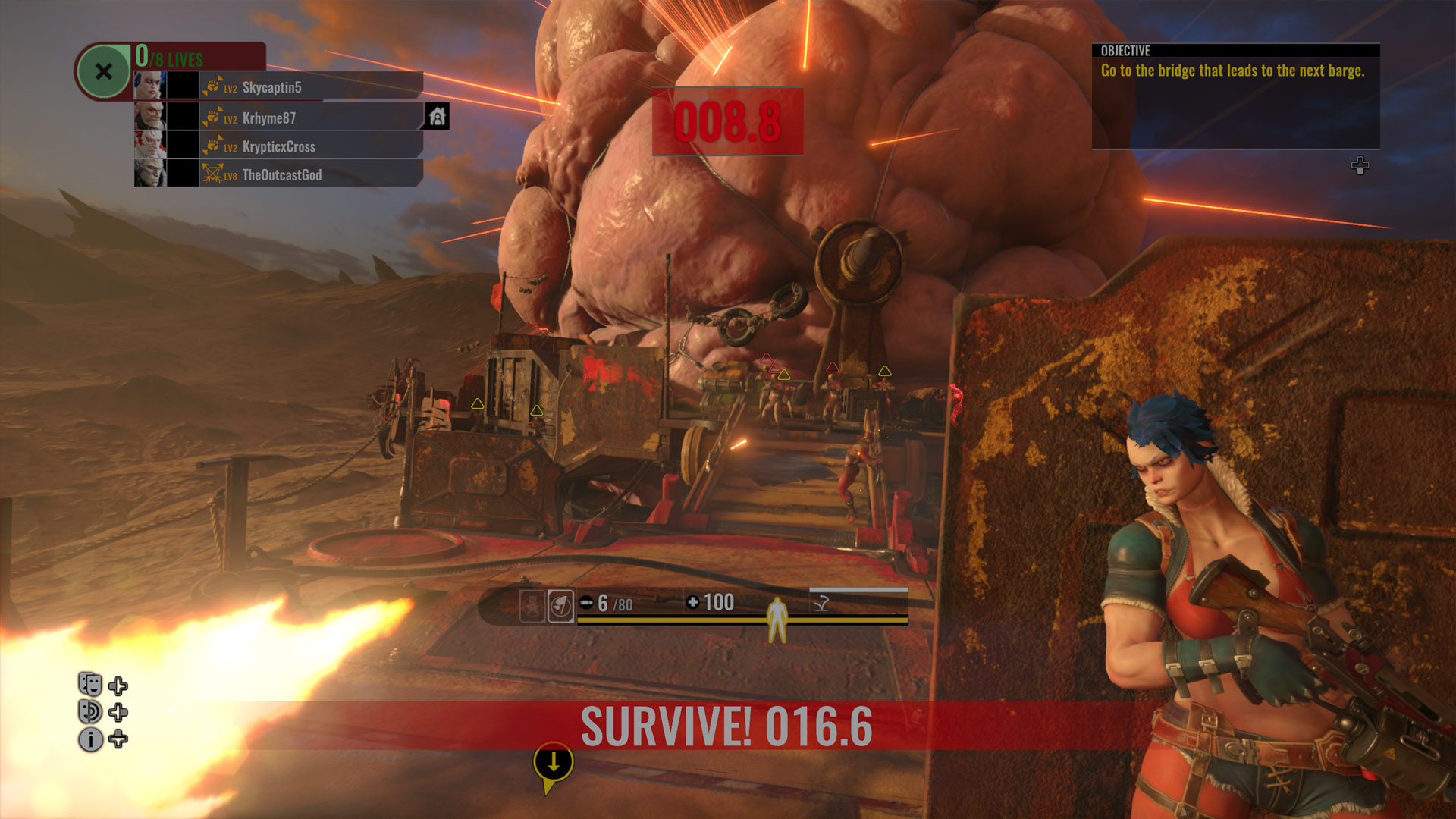 I suppose I shouldn't complain too much about the core game when reviewing DLC, but this is basically the only time the core game has made DLC cripplingly hard to access. The levels are well designed, they look great and feel more spacious than before. There's decent variation and while there are many enemies they do vary for each section. The boss fight was also cool, but far too long and exhausting. That's mostly the problem with the overall package, it's exhausting to play and just emotionally draining. I worked hard to push through it, but there's no sense of accomplishment. The story is decent, it's building up to something alright and the characters are excellent. There's potential here, but this second episode made me really not at all want to continue grinding forward.