It's actually rather surprising to see Hellboy show up as he's not a character that's often seen in the main stream. Sure, there were some movies awhile ago and at least one on the horizon though he's still not a big hit. With that we get an odd take on the character as it looks as though he's from the actual comics in this one. It's very stylized and that doesn't really fit into the gritty look that every other entry in the roster has. Again, very much in the look of his face as it appears like it's directly from a comic instead of being given a realistic look.

That aside I actually think he looks fantastic and his ultimate is quite alright. I found Hellboy to be slightly weak for combat relying on the right moment for striking and having to string attacks for any large amounts of damage. The attacks are very sluggish often having him slap the fist down on others or occasionally pulling out a sword for a better combo. It was definitely hard to land hits since he's not fast, can't escape quickly and doesn't perform devastating amounts of damage. 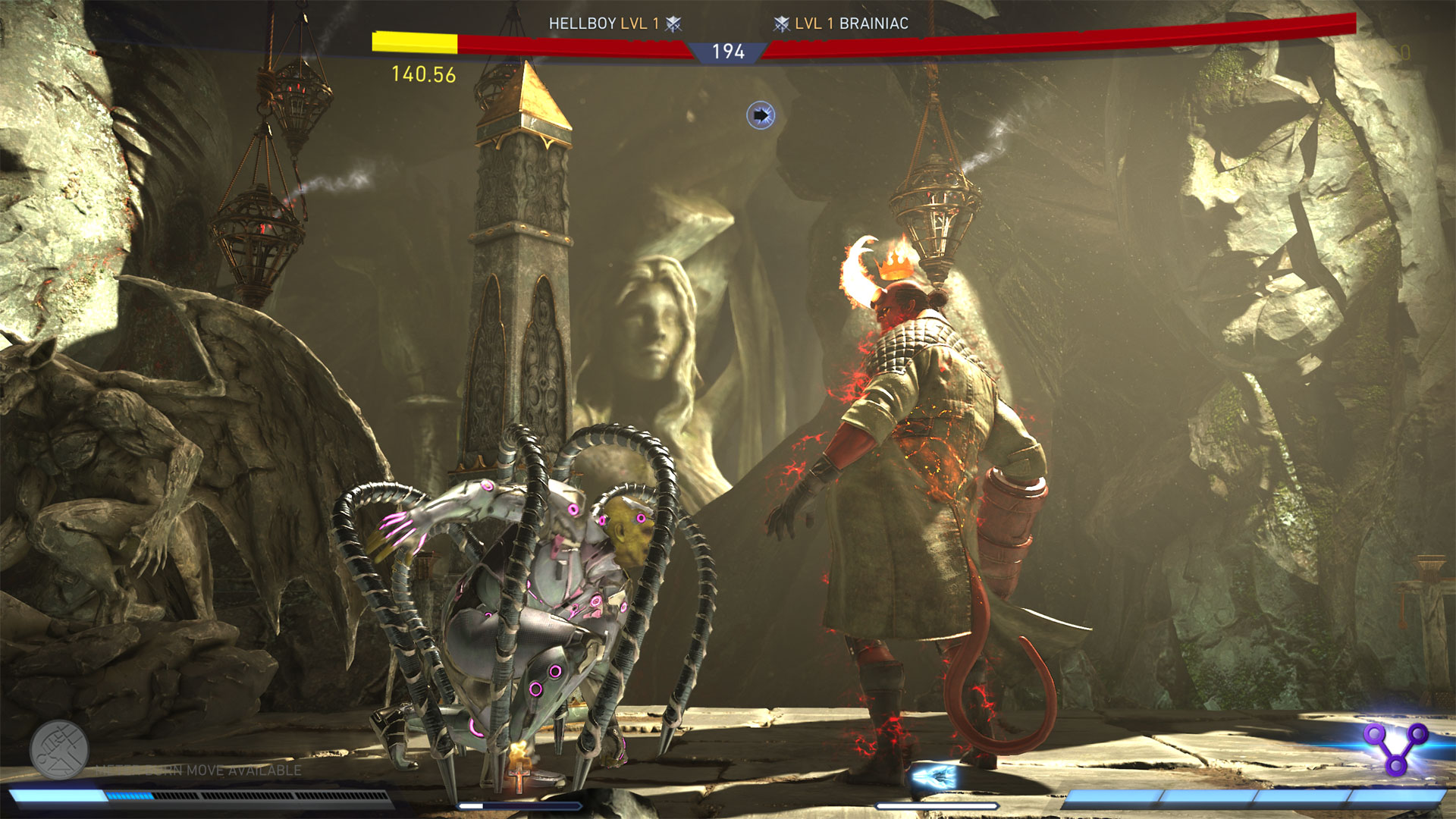 Hellboy is an alright addition to the roster, I personally don't find him useful and see that he's difficult to get a handle on. It's really all about slow attacks and then somehow managing to string those in order to be successful. It's just a very weird play style and I found that it was too off to be a powerful entry in the existing roster. The look is also strange since it doesn't quite match the rest of the game, but he does look damn cool. Especially if you get the fire going and unleash those flaming horns. It's nice to see the character included in Injustice 2 though he's not quite the stand out in combat that I was hoping for.