Raiders of the Broken Planet is a cooperative third person shooter with a focus on narrative. It's also an episodic adventure so I'm going to focus on covering each of the episodes separately and then reviewing it overall. It's sort of weird as I haven't covered what's supposed to be a large game quite like this. Before going over this particular pack and hopefully covering others in the future as I'm not sure if I have access I want to comment on general gameplay. It's honestly a tad rough in the sense of matchmaking with it taking a very long time for any level. Occasionally it would be super quick though for the most part it would sit in the background as I worked for over a half hour at times. I also hate the the 4vs1 style presented here as an extra rogue player can attack the group and insta-kill which is really annoying as opposed to challenging.

In this Alien Myths pack there are four levels that come together to tell an act. This first portion is all about showcasing the team, building your character roster and introducing base mechanics. The cutscenes are decent and I suppose the story has some interesting potential aspects to it. The levels are directly linear with lots of waiting being present or collecting items in a particular spot. It's less about having you move through a level and more about positional gameplay. These episodes also focus on some elemental parts of the lore as you work on collecting special protectors. 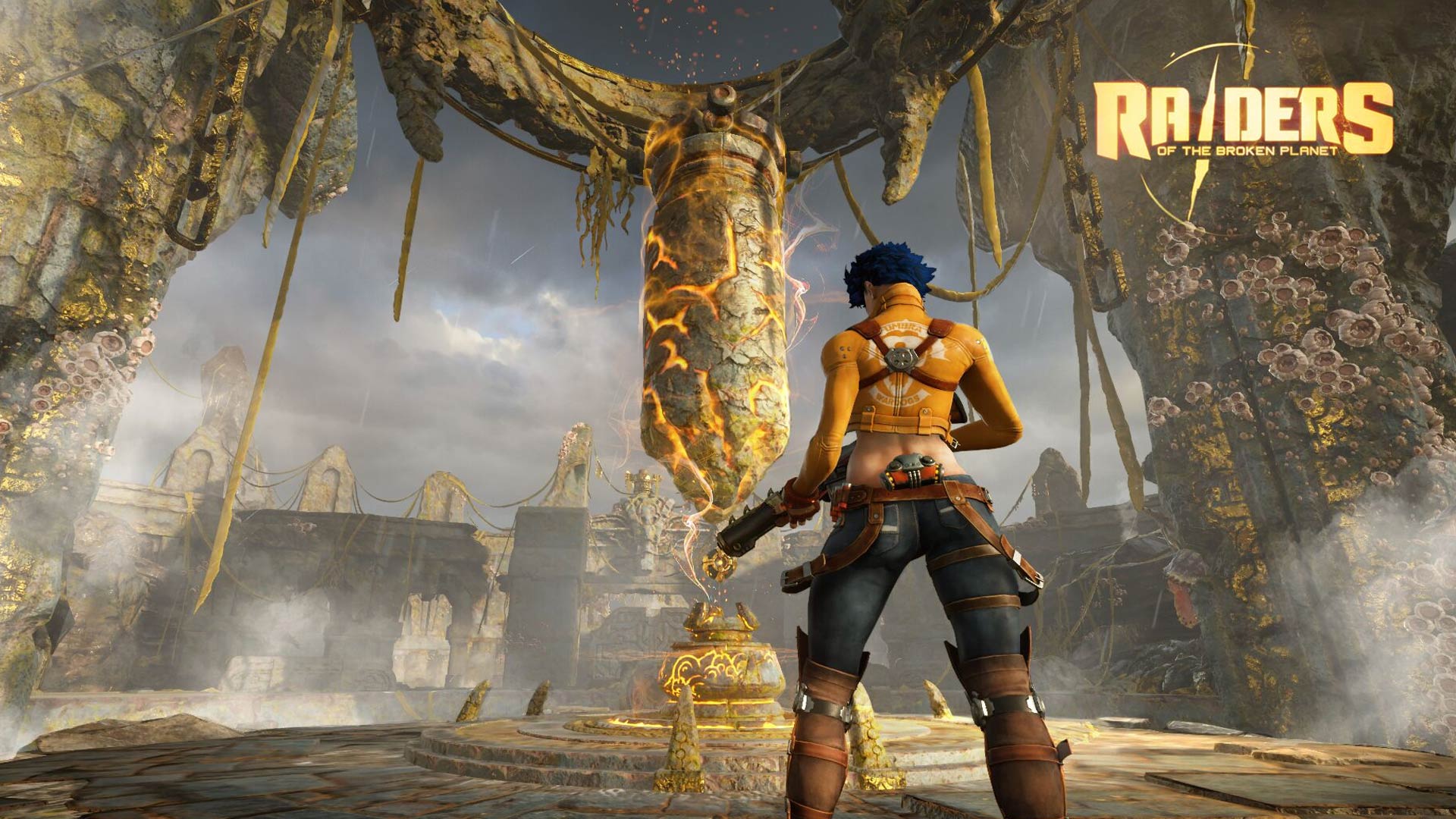 This is an alright start to Raiders of the Broken Planet and while the gameplay might have been alright the constant issues with connecting to the game or finding matches is a horrible experience. The regular story here is decent and explained in minor details since these episodes don't really push the narrative too heavily. The cutscenes are well done and help give a sense of what's going on, but I've love to see more back story or expansion on those involved in the squad.

The levels were decent within the Alien Myths campaign, but nothing too crazy. Missions felt very simple as players would often defend a point or just be stuck within one area without much to do. Wave based combat is fine in a cooperative title, but there needs to be some expansion and it can't all come down to the same repetitive task. I'm intrigued to see how the future levels are and to hopefully understand more of this world, as some potential is there.