It's cool and all that Injustice 2 is seeing some Mortal Kombat characters, I would have however liked to see more regular DC characters since this is the second from the MK series. Raiden fits fairly well into the game being basically a god with some lightning abilities. I didn't find him quite as compelling as Sub-Zero, but Raiden did have some interesting medium range hit options. This provided some nice theatrics as attacks could be charged with power for better damage during combat.

This moved into some combinations of regular attacks mixed with some shocks that sent the opponent spiraling away. There's a decent ultimate attack as well with Raiden bringing them to a magical realm with a massive dragon delivering an extra nice hit. I felt that the character did match my play style to an extent, but was too cumbersome to properly compete. There are some devastating hits to pull off if it's well timed, but someone that's faster and hits just as hard will typically win. 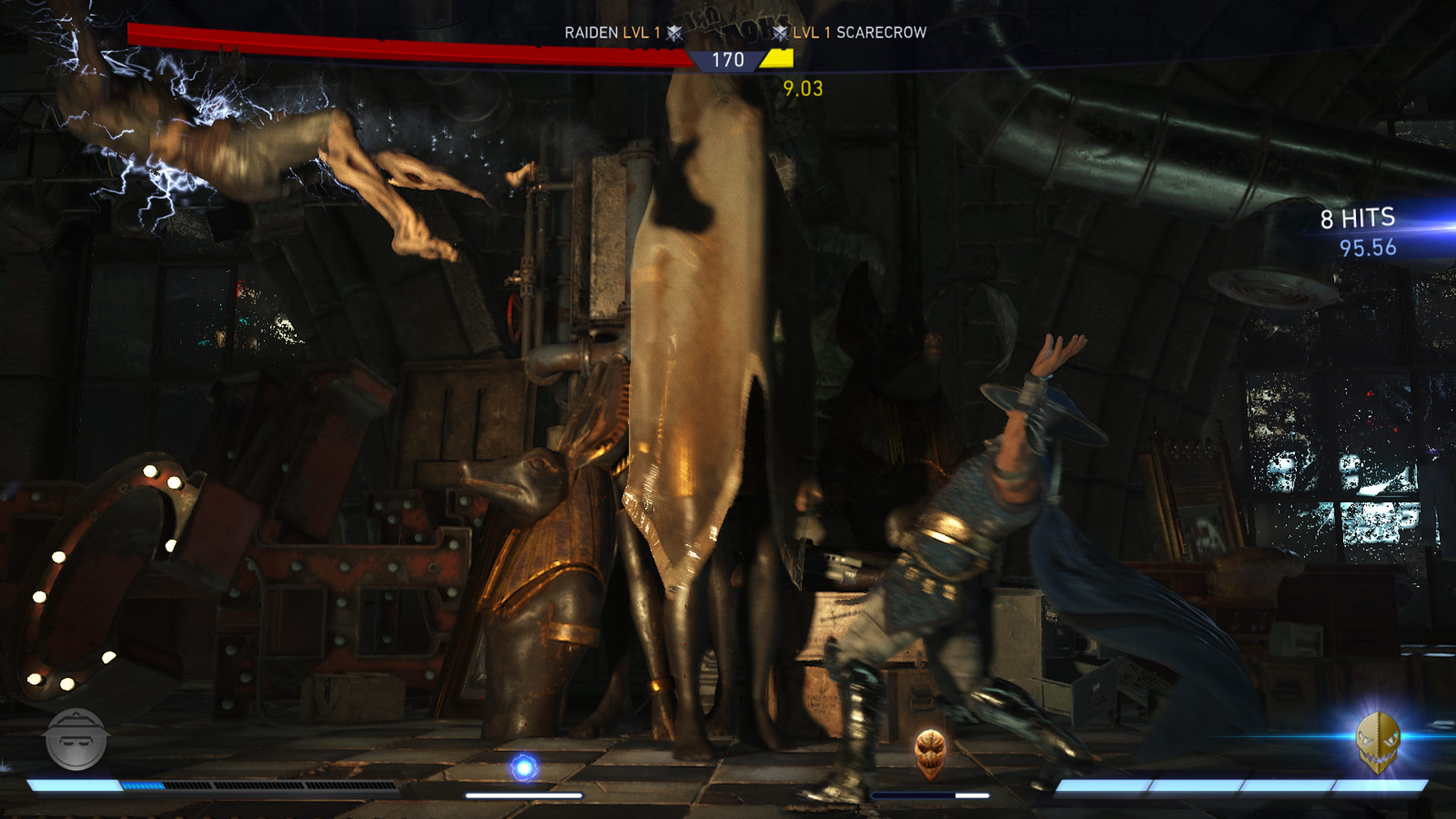 I definitely get why Raiden would be a fine choice to join this selection of DC characters, but I do hope this is the last one. I really want to see the core roster for this game get upgraded and not get random guest appearances from something that doesn't quite fit. Obviously the games are basically the same concept, but universe wise I want something unique more to DC and I hope that point gets across. Raiden is a nice average addition to the roster, he certainly looks cool with neat effects though other characters are vastly superior. It's great to get some lightning boosts, but summoning it can be a terrible option with fast opponents making sure you aren't able to pull it off.

Some of the attacks were smooth and it was great to perform some damage that way. Still, Raiden just felt like another addition to the roster and not a stand out. This provides a very average addition to the list of characters and one that stands out as odd. In the core game they did an amazing job of picking some lesser known individuals from that universe and hopefully as the character releases continue we'll see more of that instead of Mortal Kombat characters.