Discovery is a very simple game, it's all about building and doing so in a Minecraft-like environment. It's straight up just the creative aspect of the game where you generate worlds through seeds and build. There aren't really any limitations, but also not really anything to do. It's great for the younger audience, but I'm not sure it'll grab the attention of most individuals. There's a huge stack of items to use which was really impressive actually and a number of ways to place them.
You can do it by single block, or even hold it down to build a line. This multi-placing block tool felt a bit awkward to use. There are so many things you could build, across various biomes. The world is fairly large, with a decent draw distance. I was very impressed with the visuals of the world whether that was docked or undocked. That's somewhat of a rare occasion quite honestly on the platform. There's great shadow usage, it generates instantly and the world is heavily detailed in its blocky way. There's even local cooperative multiplayer if you want to build with others. 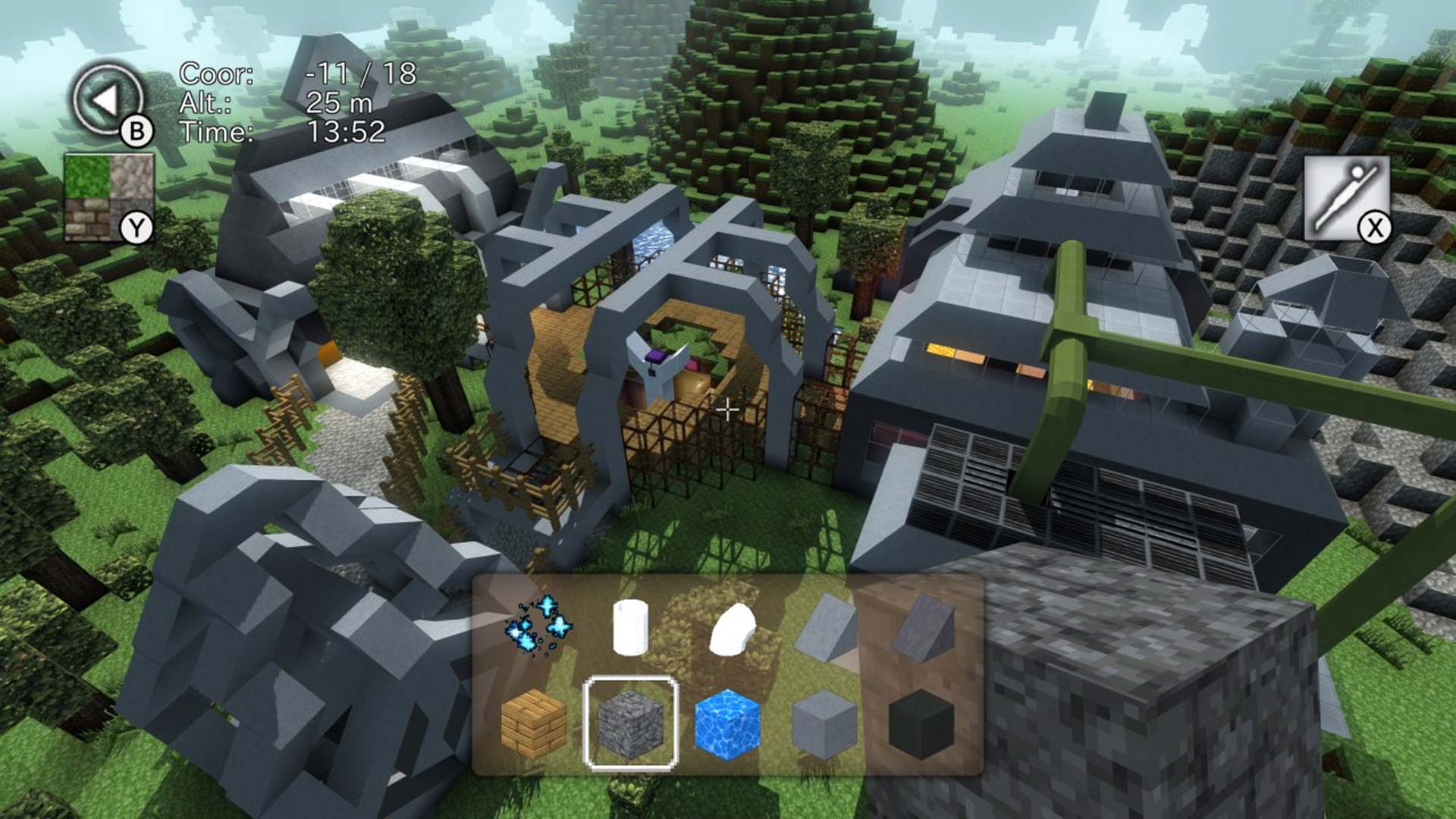 There isn't much to Discovery, but it's a really great building option for the younger audience. I was bored of it fairly quickly, yet still appreciated the details of the world and the quantity of blocks you could build with. I have a ton of experience with Minecraft, so it's essentially an expanded version of the creative mode from there. You can spawn small animals as well as particle effects which can be fun. It adds some extra room for creative building by including these features. It's great for designing things and playing with others to build. There's just nothing else to it however. I was impressed by the visuals, they're quite good for being blocked based and on the Switch.