Disco Dodgeball Remix was a nice, relaxing game featuring insane levels of colorful lights while robots pelted each other with balls. It's a lot of fun, with a number of modes to enjoy the experience within. To start there's an Arcade option where you battle waves. I didn't find this to be the most exciting thing, but it's an extra option to play. There are challenges, a training area to get acquainted and a bot match if you'd like to have local battles.

These battles have a pile of options from difficulty, to modes and even other fun modifier variables. From there you can play in local multiplayer with two players which can be fun. The best option is however the online multiplayer. It's a series of modes squished together in a party style that just keeps flowing. Bots fill in missing slots and they're fairly good. They put up a good fight and can be difficult to battle. This was a blast online as it just kept rolling through various levels and modes.

It's basically dodgeball accelerated with crazy wild disco lights going off. There's a great set of music in the background and it feels intense while also being exciting. You aim to grab balls that are on the floor and then hope to throw them at an enemy robot. There are power-ups that alter movements and shots, so incorporate that into play. It's brightly colored, there are many arenas to battle in with each being very different in style. There are elements of verticality to them as well which factors into the many modes present. If you're looking for customization you unlock a pile of styles while playing and completing matches in any area of the game. 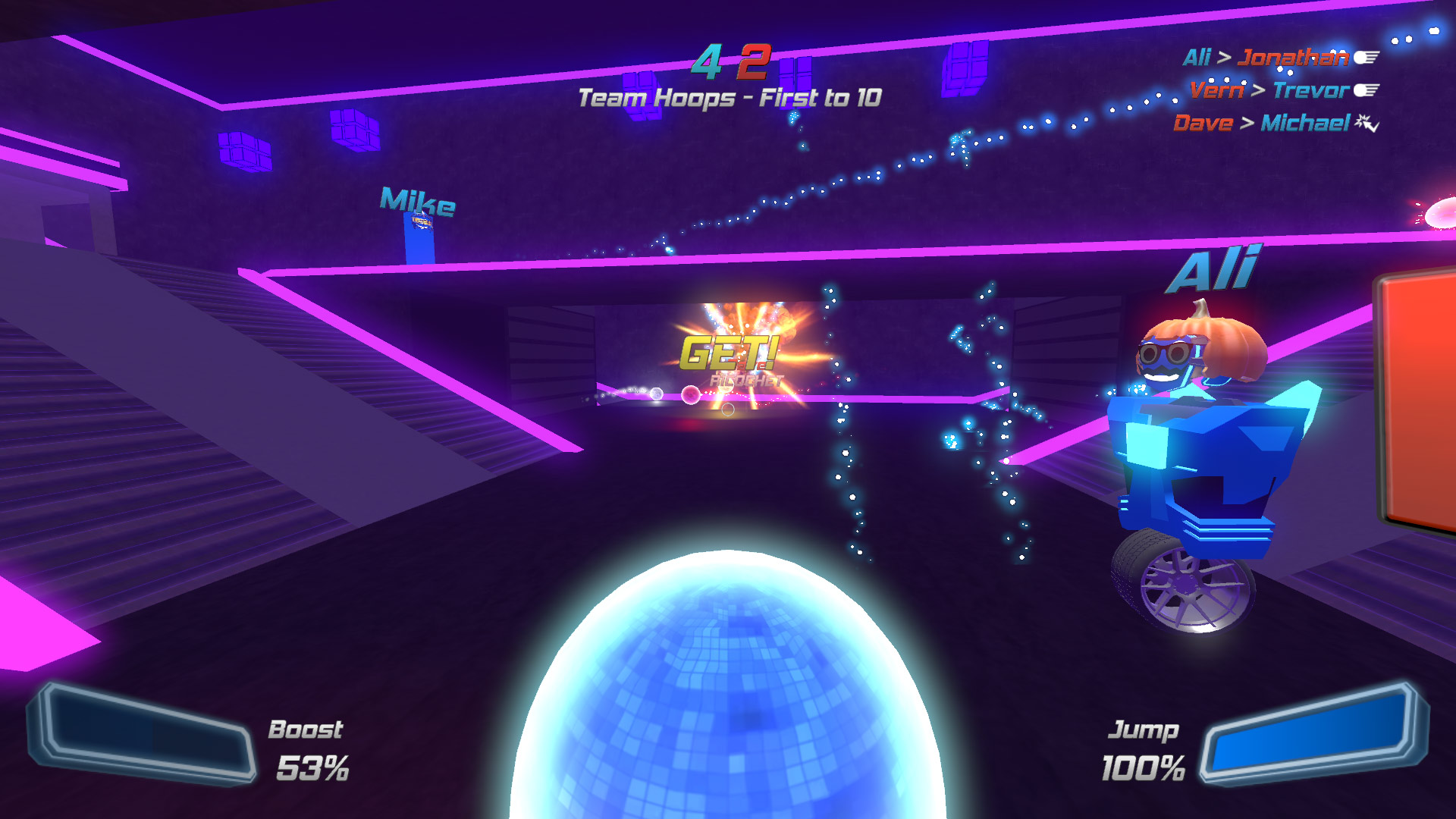 Disco Dodgeball Remix is seriously a blast, it was a refreshing and enjoyable multiplayer experience. It's easy to get into, yet there are some smaller nuances to master the more you play. It's got a fun presentation whether that's with how KO's are handled or the vibrant style. Lights are always swapping, the music is blasting and robots are flying around trying to hit each other. There are many modes to play whether you're online or offline, but the former is the most fun. The party style of game modes in a row works so well and keeps the action going. This is a lot of fun for a competitive, yet easy going multiplayer focused title. Dodgeball is cool, adding robots and the disco makes it even better.