Disc Jam is a precise sporting game that brings its own unique style and focuses heavily on the aspects that make it so fun. You're able to quickly play against others online in 2v2 or 1v1 situations. There are local bot options as well if you'd like to just do those or get some practice in. The game is stuffed with content in terms of customizing your player and it features a couple options for play. There are of course the modes I mentioned, but these can also be done in a cross-platform way if you'd like with ranked options.

The next selection is a "Ghost Arcade" where you can face off against opponents designed with real player data which is neat and challenging. Being on the Nintendo Switch you can play locally in wireless matches or splitscreen if you'd like. It may not be the most complex of games, but the core is solid and it's a lot of fun to play many times over.

Visually the game looks fantastic, it may not have a lot of complexity though it is very detailed. The arenas look great, and you can see time was spent giving it a familiar yet futuristic design. It carries a nice warn look at things, while still being light and fun. You're essentially throwing a large disc back and forth attempting to score. Think of it like a mix of Tennis and Volleyball with inspiration from Pong. There are some smaller naunces to it as well where you can pass, block or do other moves to keep the disc away. It feels exciting, controls perfectly fine and is quite different. 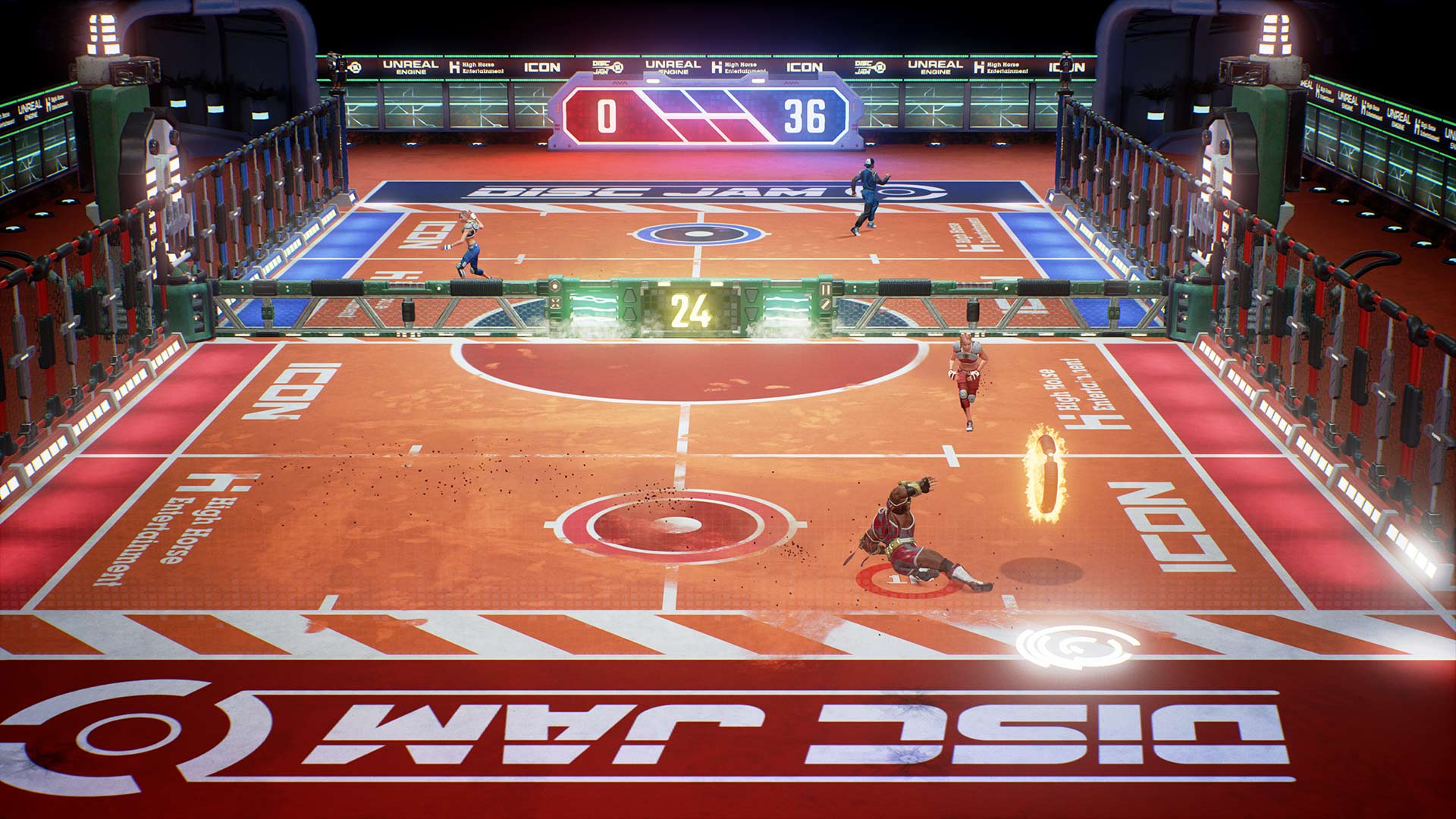 Disc Jam is a really well developed competitive sporting experience that feels familiar, yet futuristic. If offers countless hours of gameplay as the core content is really fun to replay. I could face randoms online or even do so in local play multiple times in a row finding new challenges with how others play. It's well balanced, easy to understand and the controls are tight. The visuals were impressive and even on the Nintendo Switch it looks good. I especially was impressed with the docked version of it. It's a fun sporting game that does things different and well offering multiple configurations whether you want to play locally or online.