I've been playing a fair bit of Deep Rock Galactic and while walking around in the hub area I came across a fun Easter Egg. This is a minor bit of text in the pre-mission area though neat all the same. This was available when the game first launched into Xbox Game Preview in early 2018 and it may be removed at a later time. The image below shows the writing as a close up in case anyone questioned the text which I'll write out below.

The Text:
Nothing Here Yet
I'm Afraid
But Well Done :D
- Rob

It may not be much, but it's cool and a decent find. To see this for yourself and I will say the text will be extremely hard to read if you're not on a PC or Xbox One X, load up the general hub area. From there, take a lift up with the one beside the mission selection being the fastest. At the top turn left and you'll head into a restricted area. Keep climbing and you'll get a message about it being off limits. You can climb a bit higher to see the general area and the launch pod, but it'll seem like an empty spot. Slightly above will be a ledge, jump there and look across to see a very long pipe. If you slightly move down to the point of falling off you can read the text at the end of it. Again, it is very hard to read and I had to get close to the TV to see it even in 4k. That's my neat Deep Rock Galactic easter egg find so far. 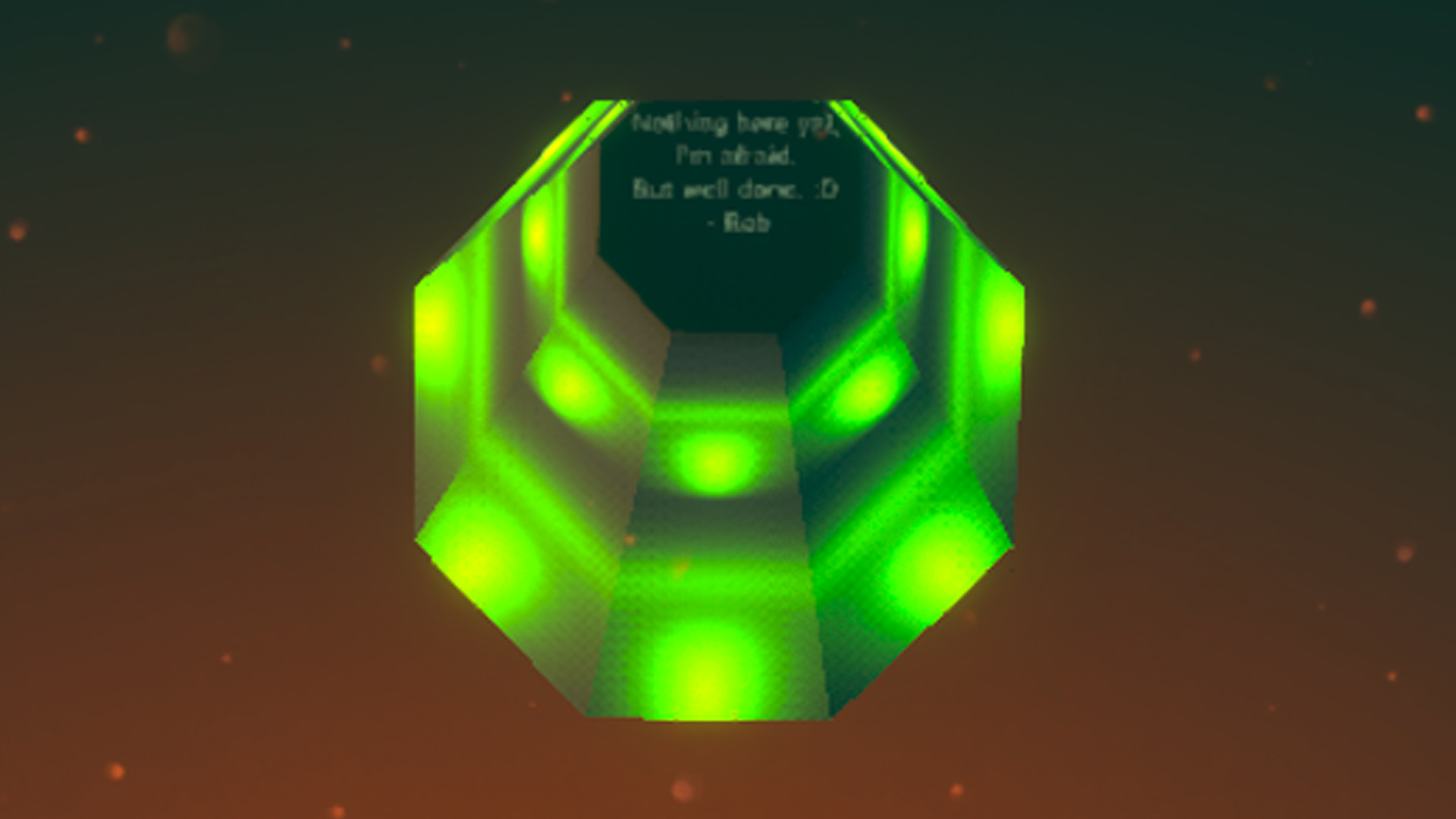