Dead Cells is a gorgeous rogue-lite featuring perfect procedural generation for such unique results. I'm not sure there are many games out there that truly make every single playthrough distinct. It also filled a void I've had where this genre doesn't make me feel like I'm ever progressing as I always felt as though my character was improving. The general narrative is told with bits of dialogue from characters.

This island you're on shifts and you can't seem to die despite doing so many times. You'll get to see rows of corpses from your past self which is quite something. From there you move through distinct areas battling enemies, collecting loot and then battling the odd main boss. It's a great time and it only gets better as you play. You'll earn currency while playing that can help unlock new items to survive further. There are other benefits towards a longer life that you can work towards as well.

Dead Cells is one seriously beautiful game, I was blown away by the visuals the entire time I was playing. They're so lovely and just filled to the brim with particle effects. It's a pixel style, but one that's full of depth and always being adjusted. There are just too many set pieces as you battle throughout dungeons, spewing sewers or desolate towns.

The enemies are greatly varied, just like the backgrounds you pass on your journey. It's always different, but the main skills you earn will help open up new areas to explore. There's a good challenge here since death is so important, but that is manageable. You'll adjust skills, get better items and hopefully work harder to survive each time. 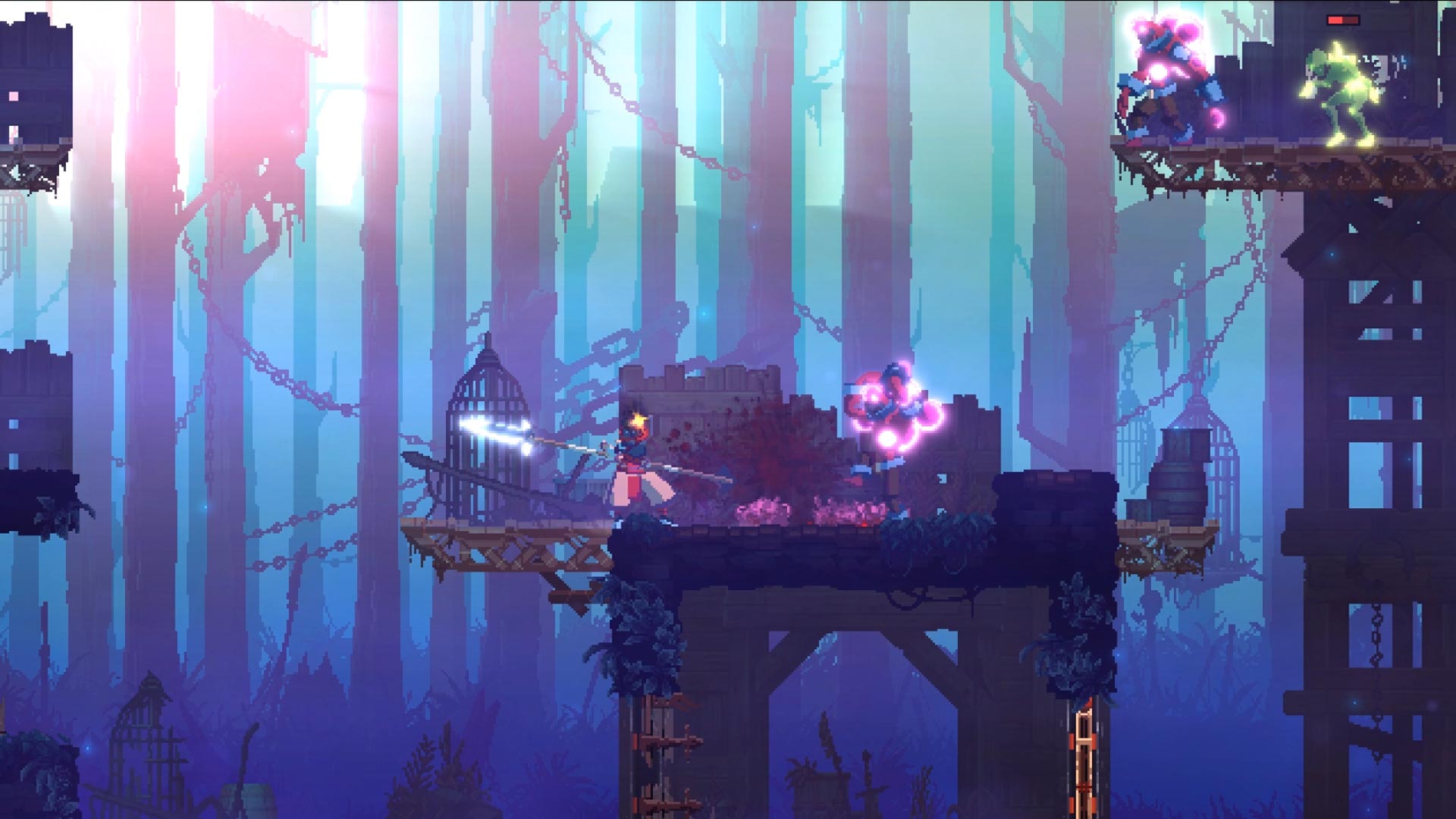 Dead Cells is one incredible rogue-lite title providing glorious visuals that are filled to the brim with depth and a fresh take on a crowded genre. I was truly blown away by the quality here as every scene felt hand crafted. The enemies were well animated, greatly varied and they filled every area ready for battle.

I grew to hold the tools I needed to fight back and it felt like a proper progression. There were many areas to visit and each had the dedication to the detail the one prior had held. I just can't get over the visuals and the smoothly fluid gameplay that felt too good. I continued to get better tools and after awhile it felt intense running through an area slashing down any problems that got in the way.