It will be a very interesting year for Call of Duty at E3 2018, things will be changed greatly. Before jumping into that statement, it's been noted that zombies will be present at the E3 Coliseum. It's been teased and Treyarch has also directly teased about the zombie element on Twitter recently. I imagine this will be the focus of what's presented at the show since the campaign has been noted as being gutted from this entry. This was apparently due to logistics, leaving a bit of a gap in what to display for the game. This might be wrong, but we'll have to see at the event.

Traditionally, there would be a look at the Call of Duty campaign with a walkthrough setup lasting around ten minutes. It was like that on Xbox 360 last generation, a bit on Xbox One at the start of this generation and now with Playstation 4 in recent years. I still assume you'll get a reveal at the Playstation E3 2018 conference, but it will instead be zombies. To be fair, zombies has grown considerably over the years featuring a full narrative to go with the cooperative action. Perhaps that's extended further and some might not care, we'll see. 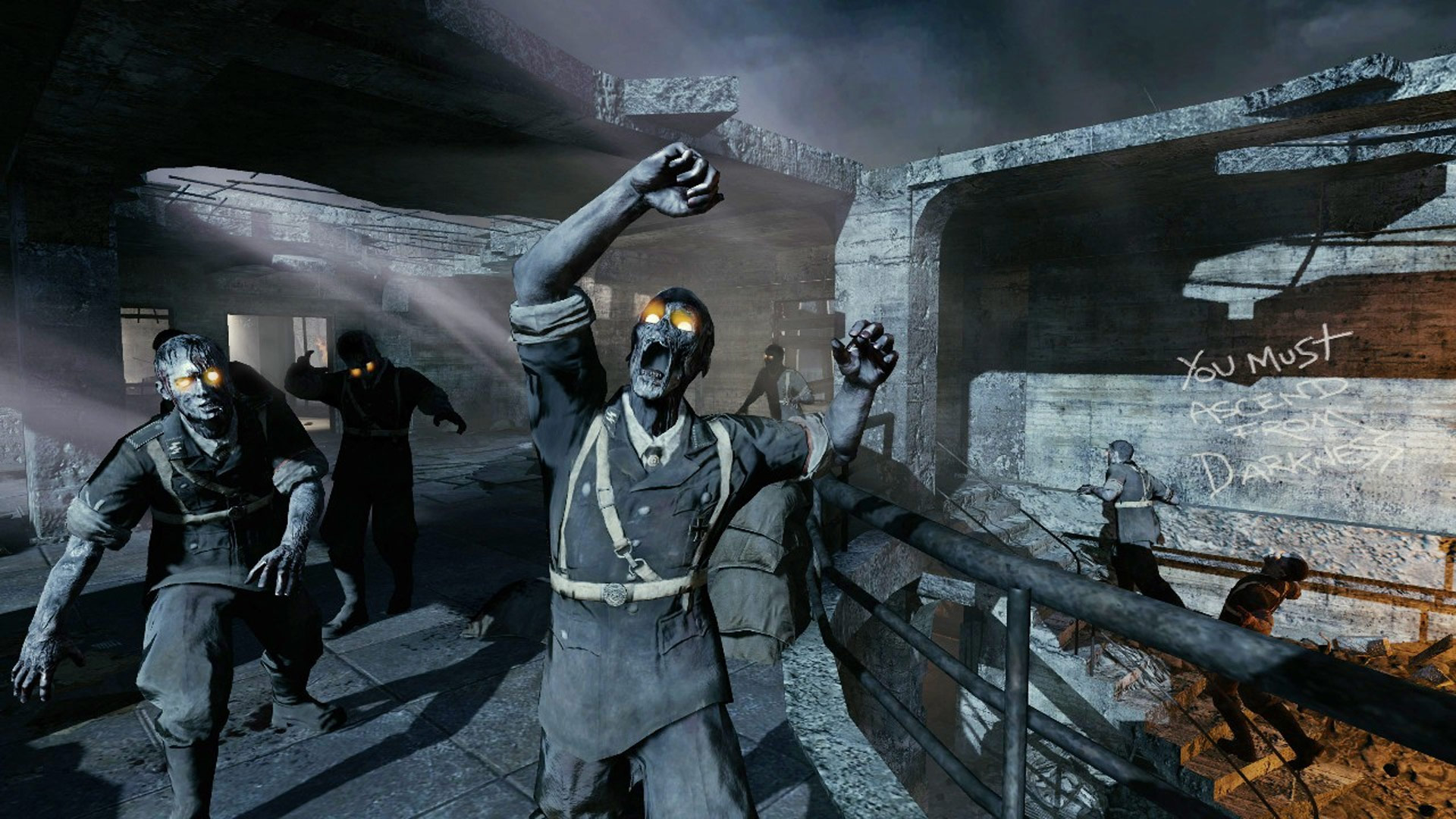 Another change-up for the game is the noted "Battle Royale" mode. This will be somewhat standalone yet connected to the multiplayer element. So with that, it'll be a mix of Multiplayer, Zombies and Battle Royale. There's even a rumor that the Battle Royale will feature cross-play elements, with the Nintendo Switch being included in that. Whatever the case, its Call of Duty so the mode should be well covered when it launches. The zombies will be first revealed at Playstation E3 as mentioned and then the game will be on the show floor. I imagine there will be a behind closed doors look at Zombies and then an on-show presentation. This is mostly mirroring what I saw last year, as in I'm predicting what they might do again.

I saw a demo of WWII's campaign for a bit and then was sent to play multiplayer. That multiplayer component may be replaced by the battle royale, yet that might not be the case because those matches typically require a great number of players. My best assumption would be a behind closed doors look at zombies and a regular display area to check out this year's multiplayer effort. A mix if two modes, team deathmatch and perhaps a new objective based mode. Maybe War will return, that was a nice addition in WWII. No matter what happens, I'll be at the event and hopefully checking out whatever they have to offer. Also, like mentioned the E3 Coliseum will probably have some sort of panel going over features. Expect a special cast again, that's been the style for zombies in the recent games.