Burnstar is a puzzle focused experience where players work alone or in coop to tackle challenges. All of the levels presented in the game are based around causing fires or exploding things. There are many ways to do this and a pile of worlds to work through. Each world is stacked with levels and there are even bonus areas to check out as well. Again, this can be played in coop with the option being present right from the menu.

You're given a sort of freedom in how you'd like to tackle levels as well which is nice. You're able to choose from four characters that have slightly differing abilities and this will factor into how one approaches an area. The goal is to destroy a quantity of objects and collect enough items to reach the final star to complete the level. This offers a number of potential finishing goals as time and total completion factor into your score.

Burnstar is fine when undocked looking quite great, on the big screen it's slightly less impressive. There's a good selection of colors here making each area feel vibrant. With the various worlds, they carry distinct themes and every level had a fresh layout. It was surprising to see how much it would change just jumping from one area to the next. At times it would feature an open layout whereas others might be more restrictive.

They also provided a good evolution of features as the levels progressed so that players could learn what was being added. It might seem overwhelming initially being dropped in, but it's easy to pick-up. It's a simple game to play as you move around burning things and solving problems. You may need to restart at times, but it's fast. It's best to watch out for enemies as well since traps or your own fire won't be the only deadly elements of Burnstar. This is similar to the cooperative play which works quite well. 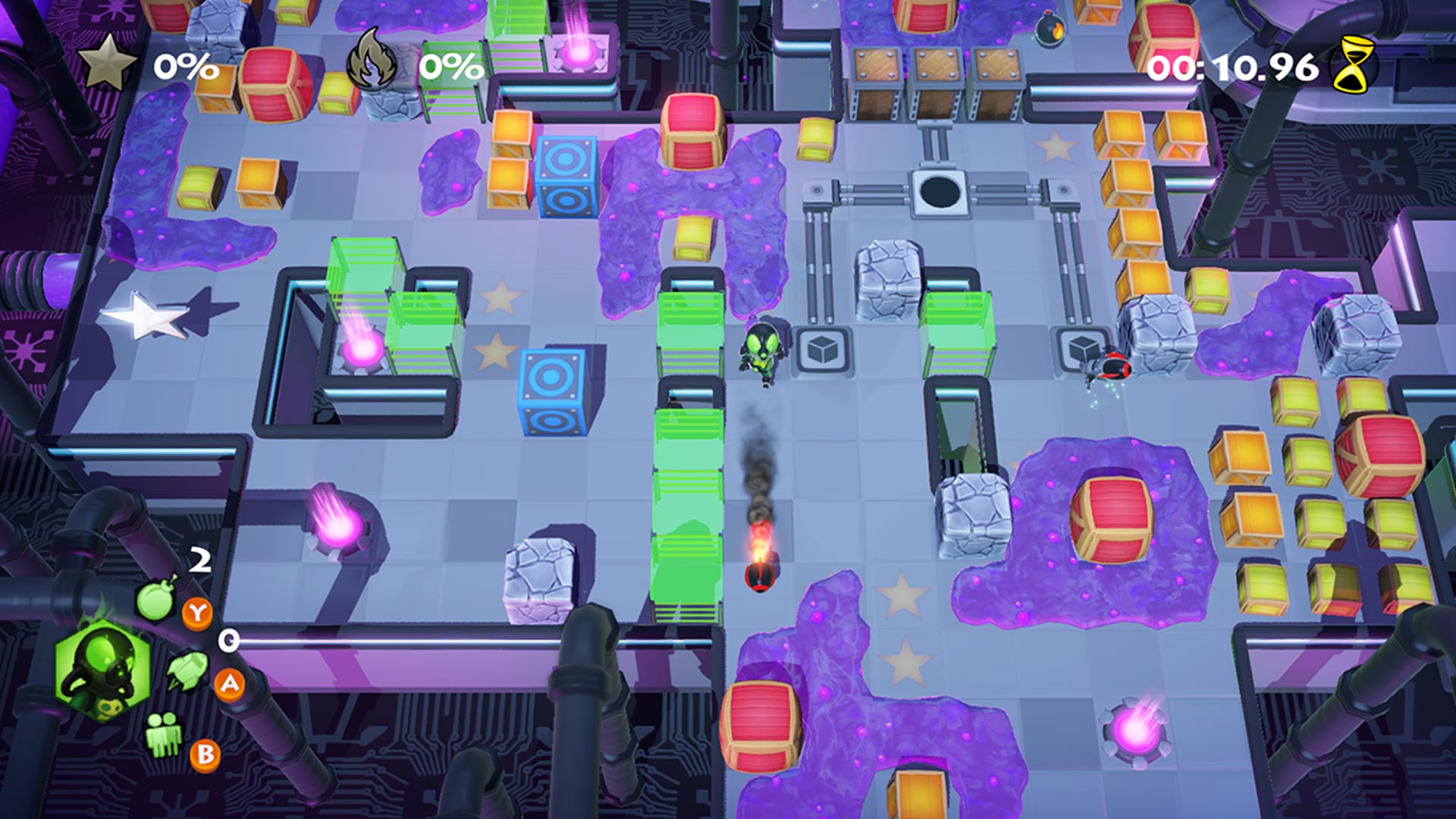 Burnstar is a solid puzzle game providing tons of levels and a fire focused time. It's easy to enjoy the experience alone or cooperatively with a local friend. There's a ton of content here and even more to do afterwards if you're someone that's interested in getting the high score to climb the leaderboards. It plays well, looks visually neat while having a bright and colorful set of environments. It's a great package that filled with content and a unique way to solve puzzles. The various character options were neat, but not really too different.