The Bombslinger takes a classic gameplay formula and mixes it up into a narrative driven adventure. You're out for revenge within the single player story aiming to annihilate anyone that gets in your way. To the side of that is a four player local multiplayer option with a series of modes. It can be quite fun if you've got a local group to play with and I thought I'd mention that aspect to get it out of the way. The story isn't the longest of things, but it's dynamic and not something easily moved through. Death is hardcore and you'll find yourself battling against what feels like a series of dungeons. Some will be nice whereas others will cause death to our hero. You move through a series of rooms with a small element of choice and eventually battle bosses. These characters are quite tough and you'll need to learn common methods correctly to handle them. The whole thing feels somewhat like a natural western in a different sort of setup.

It played really well being a Bomberman-like title. You throw down explosives or use special power-ups to tackle situations. You mostly collect items from the environment, but a shop option is also present. Its presented in a stylish way using easy going pixel art to make it special. It works well as you battle against a pile of distinct enemies attempting to cause them doom. You're always feeling the pressure however as bombs take time depending on your power-ups and destruction could come at any moment. 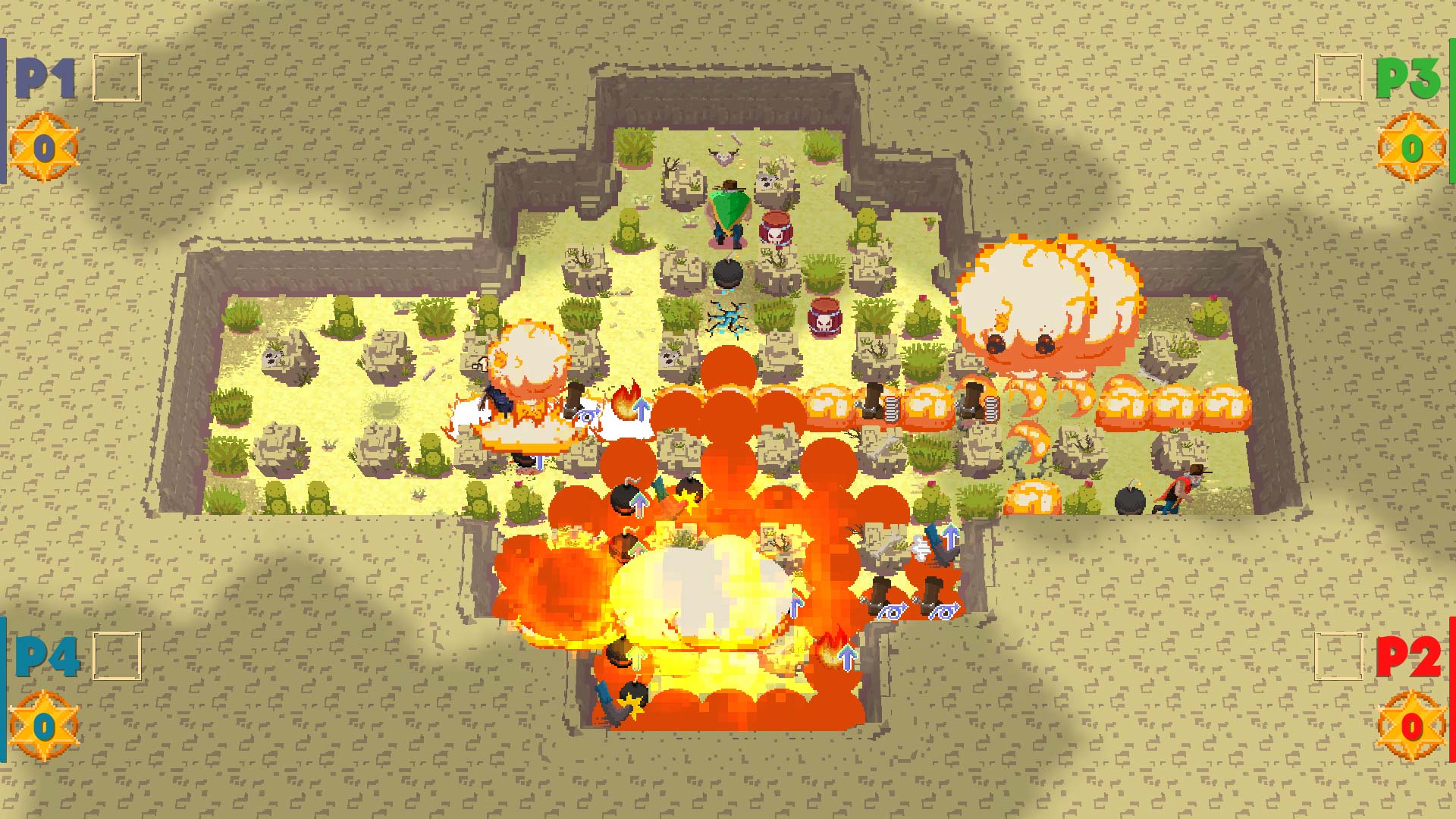 I really did enjoy Bombslinger, it's a great mix-up on a classic gameplay style that does something entirely new. It all plays well and offers almost unlimited replay value through procedural level setups. There's always a new challenge and some wild bosses to bomb along the way. If the solo narrative isn't enough, four local players can blast each other in a series of games. It's a fun extra addition for those that have a group to play with. The art style was detailed and worked well in this western. The explosions were great and it was really fun to play being something distinct yet familiar.

Read our Masters of Anima Review
View our Game Hubs