Battlezone: Combat Commander is an earlier title being a sort of hybrid RTS experience. For the most part you're riding around in vehicles, but you can also jump out to shoot things or explore and even get a bit of an overhead on the action. It's slow to get going, but simply intriguing based on the age of the game. I hadn't played it prior or even heard of it really, but it was an interesting title. It's smooth to play and this remaster really does make the game feel modern. It's not a huge revamp though it does look quite good in 4k and enhances the experience well. The smaller tactical debriefs and audio are handled in a unique way as well being shown as smaller boxes prior to starting. I thought that aspect felt retro, yet still modern by how it was displayed.

The missions vary in length, but are mostly basic in design. You go around on large scale space based environment discovering some hidden secrets of the solar system. It's actually quite grand in scale and concept, which is impressive even now. I can't say I was too blown away by the story elements, yet I was captured by the mysterious and random appearing creatures of the darkness. They handle the suspense well when they first appear, but again it does take quite some time for everything to get going. If you're looking for more, there's also a multiplayer option for multiple players to battle it out. There are some settings to tweak and lobby options to enjoy the game with others however you'd like.

I think that visually Battlezone: Combat Commander looks really good for the current time. Some aspects have certainly aged, but it all runs smooth and looks distinct. The vehicles are mixed in with regular foot based combat and you don't see much of that these days. The AI isn't very complex however being very basic in how they respond to your presence. It didn't create too much of a challenge and you're mostly going through the story elements. The gameplay handles well and I was impressed by the more tactical options. I wasn't expecting to see this type of game after initially being told about the title and it was a pleasant surprise. 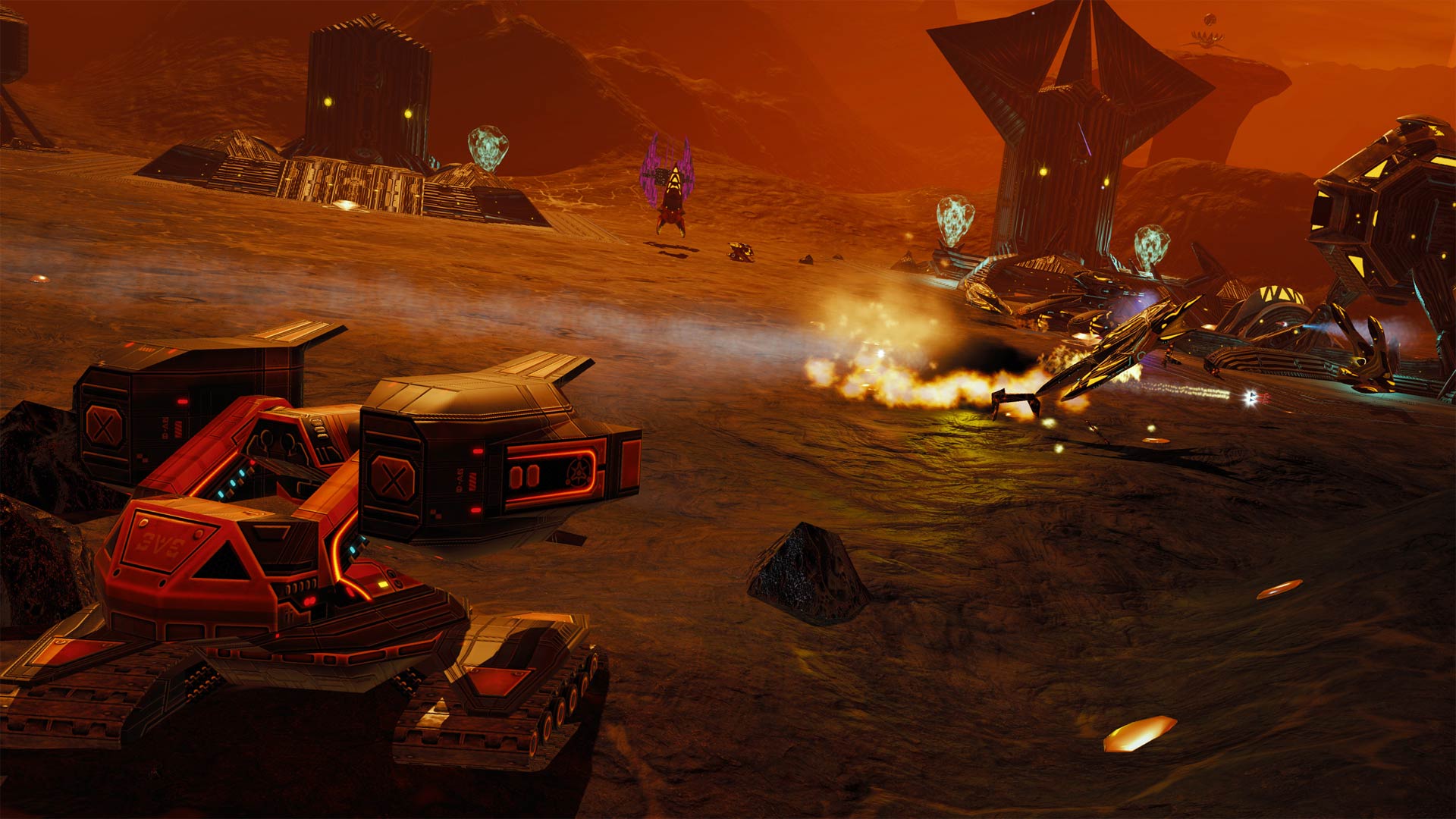 If you played Battlezone: Combat Commander back in the day, I'm sure you'll appreciate the work done here to bring it back though I'm not entirely sure it'll grab too many new players. I'm not being negative here as it was somewhat interesting to play with potential for a rebooted series now, it just doesn't seem to be upgraded to the point new players will jump in. The campaign was decent, the narrative was unique for the era and it packs some decent game time. The multiplayer was alright, folks seemed very divided there as many lobbies were straight up private. I'm not sure how long the player base will last, but it's nice to have the option to enjoy aspects of the experience with others. It's a fine game, I'm sure those that liked the game back in the day will appreciate this remaster as it's visually solid. The gameplay works fine and it can be fun to fly around blasting enemies on.