"A Series of Choices"

Things are about to get a tad Awkward in this party game that's geared towards a more mature audience. It's a simple game to play where you or others choose from two options. The goal is to get aligned with the rest of audience or well the general popular vote to score points. After the choices are made you immediately get to know if you were in with the cool crowd or left in the cold.

It then presents statistics on a large scale of where people voted. You do this for a couple rounds and then the game ends, that's really all there is to it. It's a simple party game meant for a group to play and it delivers on that goal fine I suppose. There's just not much depth here, things do get expanded when you have more players however. Playing by yourself is also an option with a mode dedicated to that.

The presentation of Awkward is basic, this makes it clean and streamlined. There are minor comments of dialogue, though nothing more than a side noise basically. The statistics are openly presented and there are some nice art pieces shown to get a visual indication of just how much you match others. It would have been better for easier access to allow phones to control inputs to the title, but I suppose for controllers it works fine.

There's also a broadcasting feature for those that want to play with a live audience since that addition is essential for party games these days. There's a decent selection of questions within the title, but it doesn't take too long for duplicates to start showing up making the experience come across as limited. 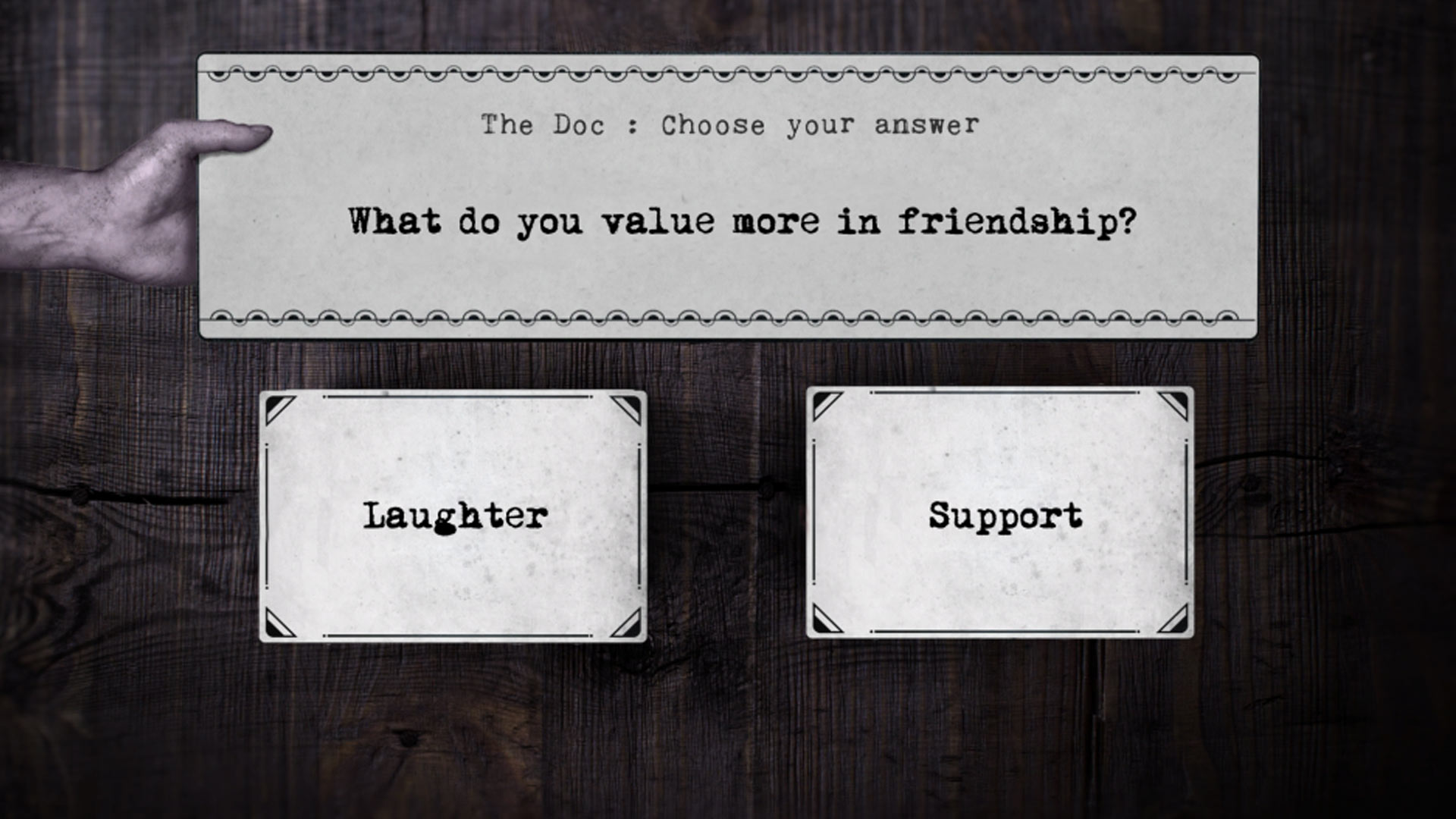 Awkward is an alright party game, it has some rather distinctly unsettling questions to ask for perhaps couples and friends. There are some laughs to be had and questionable responses from the statistics that were odd. It does what the title suggests, but doesn't expand upon itself too much. It's very much too basic in design and there just weren't enough questions. I don't always believe these games need to get silly with how rounds change, but even some mixed up modes would have been appreciated. It fills a very specific role and does nothing past that.