Ava Airborne is a casual gliding game where you're attempting to get the best possible distance in each run. You do this by jumping on a number of contraptions that make it slightly easier to go further. As you level you'll gain access to better equipment while also facing further dangers. It's a simple sort of streamlined title and that works well for it coming across as almost minimalistic. The music supports the experience well being a nice mix of soothing against intensity while you collect things. It's all about getting better items whether that's during a run or when it's purchased in the menu with the candy you earn. There are other bonuses present as well as some collectibles that alter smaller variations in the game.

If you're lucky there are power-ups to grab and it's easy to track your progress history with the game's detailed report. The menu is really well done being simplistic to move through and very intuitive for selecting better items as you progress. It's an easy game to control as you simply hold or well tap when you want to alter how you're gliding. There are smaller nuances to it as well with loops in the air or bounces upon the ground altering your direction. You'll need to watch for obstacles across the many layers in the sky while collecting any items you're attempting to gather. This is all matched by an easy going backdrop that's quite dynamic with varying changes in color as you play it. 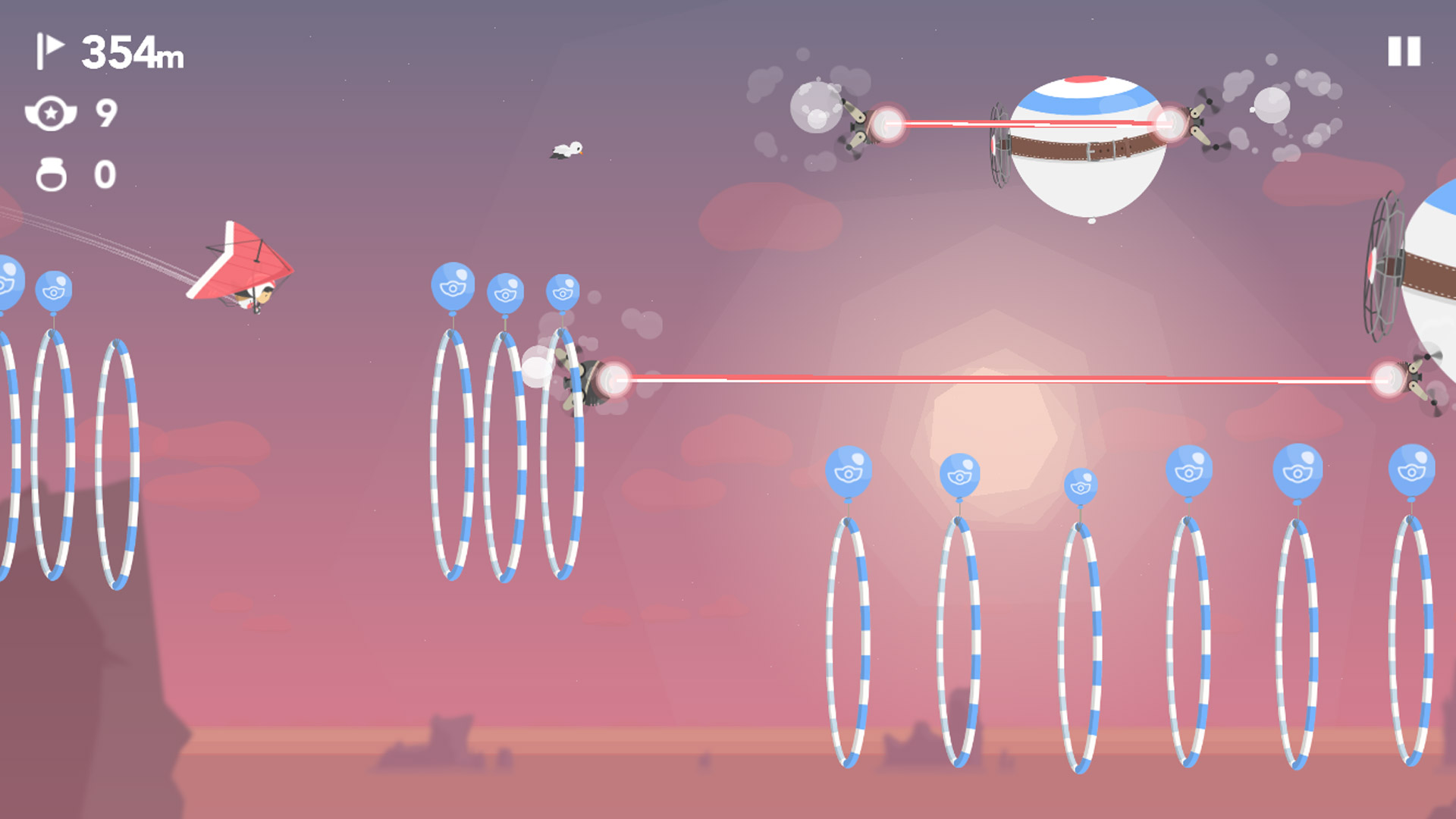 Ava Airborne is a fine time with an enchanting minimalistic style to it that works well. There's a lot to work towards whether that's the various collectibles or better contraptions to soar across the sky with. I liked the depth within the environment and the easy going backdrops. The music supported the whole thing being charming and it really helped tie the experience together. It's certainly not the most complex of games, but it's a nice casual time for occasional plays. If you do want a challenge there are some rather intense segments, but it never aims to be too frustrating. How far you go really depends on well acquainted you are with the nuances of movement within the game. It's not too pushy in what you need to continue and I never found it limiting.