I'll start by noting that I really don't have any experience with the series prior to playing this and did some quick reading to understand the general lore. I find this really weird, but that doesn't factor into the quality of an experience with a game. This Attack on Titan 2 game has players battling it out against giant people of various sizes. This tale is given a quick intro as to what's happened and where your completely custom character comes into the fold. Play as a male or female with various tweaking options to start your own personal journey.

You'll see some of the more intense cutscenes from crazy fast paced first person perspectives or slow third person ones that let you input small bits of dialogue. The dialogue choices are minor and they don't directly alter the story instead being slightly referenced occasionally. The game is split into a series of levels from which fairly lengthy cutscene portions are thrown in. In most levels you're moving around a vast open environment slicing massive creatures, saving others and creating tower points which have variants to them. Aside from the campaign there's also some multiplayer options for various party sizes where you compete against one another to various goals.

The movement system in the game is awesome, it feels like a Spiderman game with lots of violence quite honestly. You're able to fly up in the air, zip through or even swing throughout open areas. This is matched by various weapons with options to upgrade or craft new tools as you progress. The gameplay itself does however feel reptitive. You walk up to a massive Titan, aim on them and then strike or have an AI teammate do it instead. This is essentially all you do, but it's dynamic and intense as you do so. The world can be altered by your impact as creatures destroy buildings and you try to desperately jump out of the way.

I thought it was visually decent featuring open spaces and highly detailed environments. I did however find the world rather empty since no civilians are present. Still, it was impressive seeing the destruction and quantity of enemies mixed with fighting other troops all around you. On top of that, I did notice some screen tearing was present during heavy destruction segments. 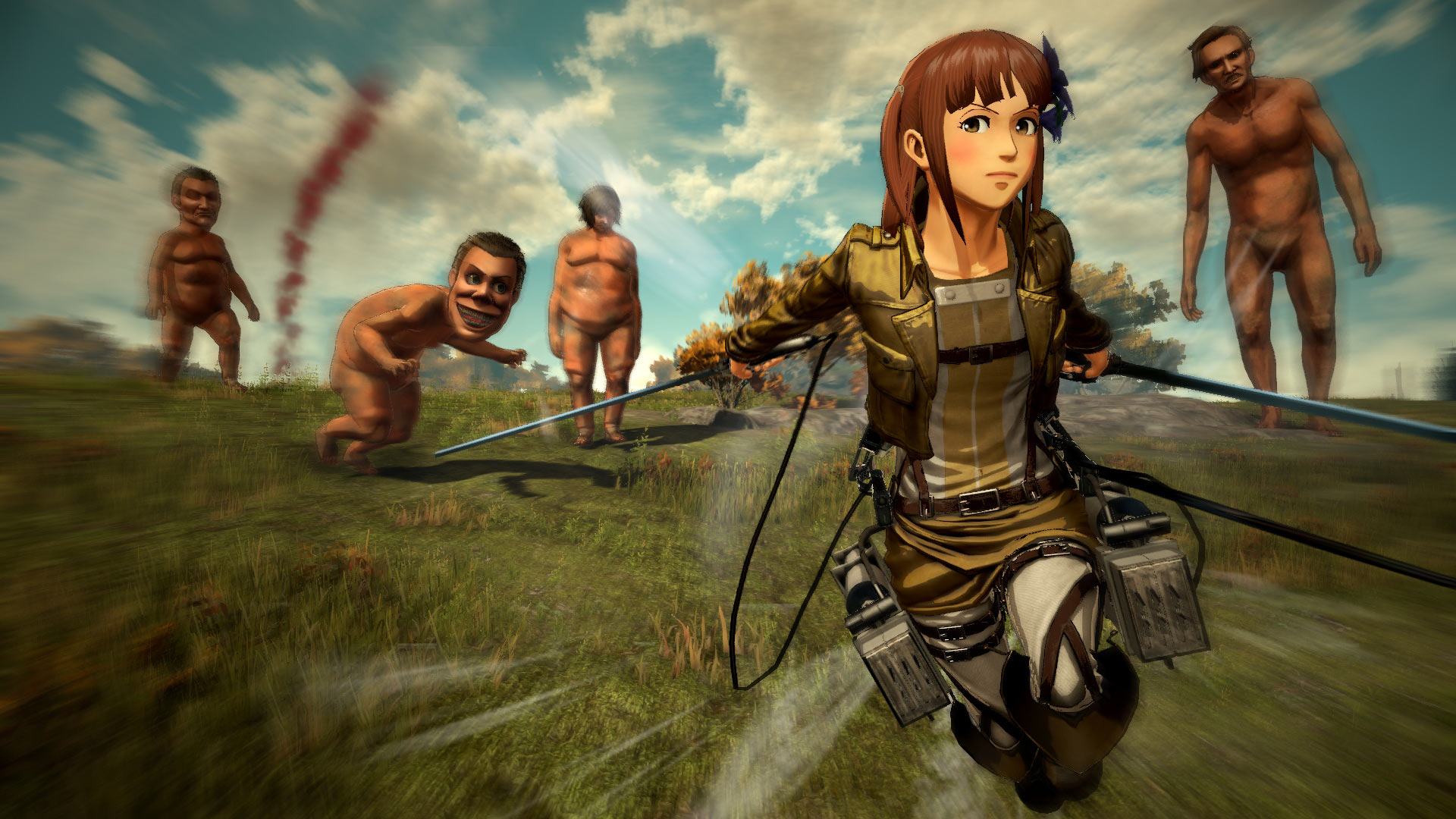 Attack on Titan 2 is a fine title, it brings some solid levels of customization for your own characters and tells a rather dramatic tale. For fans of the series I'm sure they'll enjoy it, others will find this content super weird like I did. It's fun to play and controls well, yet comes across as very repetitive. The movement strangely reminded me of the Spiderman games and it was exciting to fly around using the pack. The combat is visceral and slightly tactical as you control a squad to take on these massive threats. There's a good balance of regular gameplay, open world portions of freedom and cutscenes.