The Minecraft Marketplace has added a collection of spooky maps to celebrate Halloween 2017. These worlds are now available and feature a variety of levels with various designs. These offer something for every type of player and are a blast to play. The worlds can be purchased through coins and are available on Xbox One; Nintendo Switch (support when it launches), Pocket Edition and Windows with the platforms having the Better Together update. Purchases on any of the devices will carry forward on the same account to any platform.

Block and Seek - Polymaps (830 coins)
A gametype experience featuring four maps where players can either by placed on a block team or a hunter team. There are customization options as well.

Sky Fair - Blockworks (660 coins)
This level is a small amusement park that features a frightening clown ride, a pile of little mini games and some other exciting rides to enjoy such as a bouncy castle.

FightMe! - Pathway Studios (490 coins)
A two player pvp match up featuring quick combat for those that want an easy way to battle.

The Haunted Neighborhood - PixelHeads (660 coins)
Another narrative driven level brings spooky frights to a neighborhood including some festive bosses to tackle along the way. 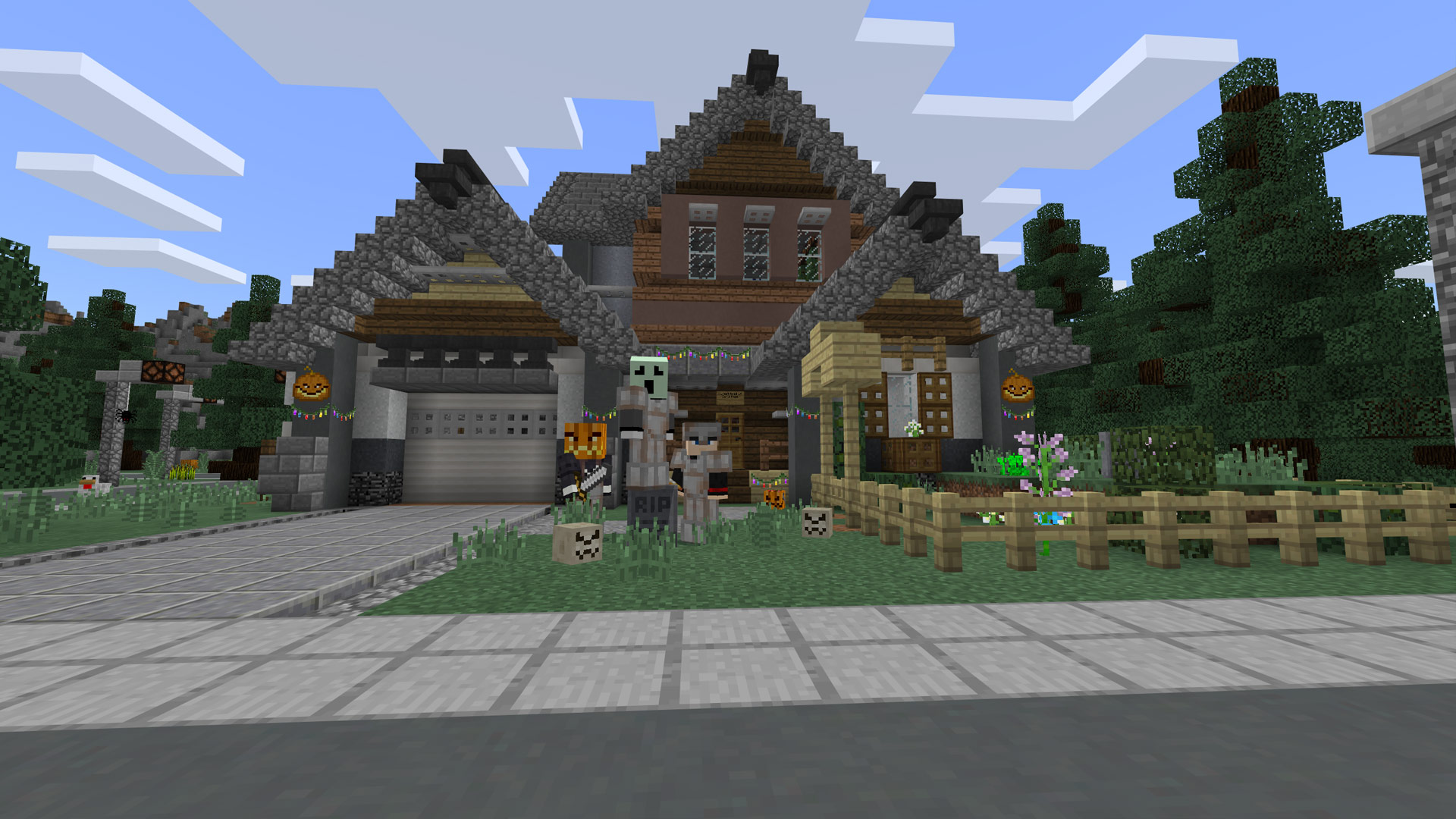 Land's End - Blockworks (310 coins)
A gorgeous mansion that sits over a bay, it's apparently one of Minecraft's fanciest locations.

The Cube Theatre - Qwertyuiopthepie (310 coins)
A custom set for players with various options and tweaks so that they could put on plays or performances.

Aside from these great maps, players can also grab some festively themed skins including the Boo! by 57Digital, Cute But Spoopy by Eneija, Lucha Libre by 57Digital, Onesie by Eneija, Sci-Fi Horror by Pathway Studios, Spookyfest by Irish, Spooky Skeleton by Irish and The Boo Crew by Razzleberries. All items are purchased with coins which can be grabbed inside the game on any device and shared between all the devices. Have a happy Halloween in Minecraft!